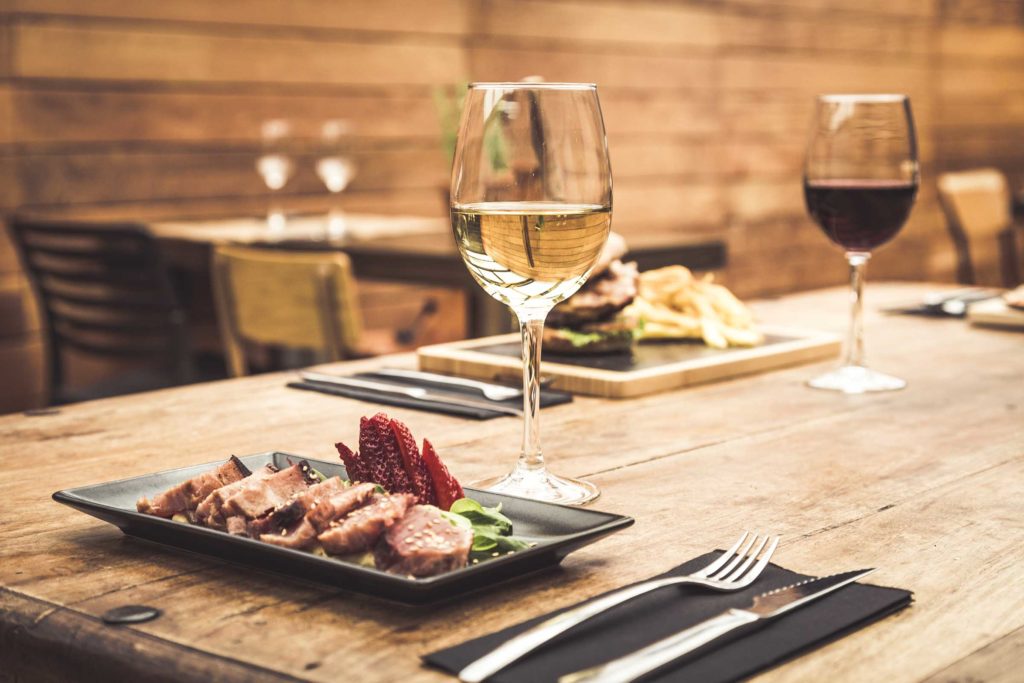 In a good economy, restaurant stocks are usually good bets. And there are some in this sector that are doing very well and are worth considering. I wrote about one in particular last week.

But a rising tide doesn’t lift all boats. And some restaurant stocks are having a tough go of it now.

Consumer spending seems to be slowing, and a global slowdown — if not recession — is looming. Ultimately, I think the U.S.consumer is going to be fine, a distinction I’m careful to make for Growth Investor. But nonetheless, these stocks are going to feel it as consumers become choosier about where they spend their money when they go out.

These seven restaurant stocks to leave on your plate are all rated “D” or “F” in my Portfolio Grader — and that’s during relatively good times. If things get worse or even stay the same, they’re going to see more trouble from healthier competition and choosier diners. 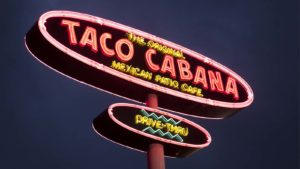 Fiesta Restaurant Group (NASDAQ:FRGI) is a Texas-based chain of Caribbean-inspired restaurants — Pollo Tropical and Taco Cabana — and it is very popular in southern Florida where it began, as well as Texas.

But the problem is, it is having a tough time expanding. It recently announced it was shuttering its operations in Atlanta, closing all nine Pollo Tropical locations in the area.

This is never a good sign. It signals that the company is either having a tough time competing against established restaurants in the area or that management didn’t have the right go-to-market strategy. Or both.

Either way, this isn’t helping the company. The stock is off 70% in the past year, and just reported another quarter of weak earnings. I’ve been warning about this stock for a while now. 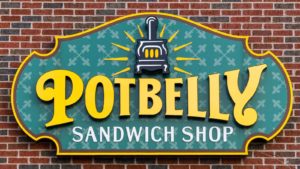 Potbelly (NASDAQ:PBPB) started in a Chicago neighborhood in 1977, when a husband and wife started selling sandwiches to customers of their antique shop.

In the 1990s an entrepreneur saw an opportunity. He bought the shop and started a chain of restaurants to carry the idea to the rest of the U.S. — and then beyond. Now PBPB has nearly 475 stores in the U.S. as well as in Canada, the United Arab Emirates, United Kingdom, Kuwait and India.

The problem is, it likely has grown too fast, a problem with many chains. And no big company has come in to buy it out. Plus it has significant competition in the fresh hot sandwich market, including the biggest food chain in the world, Subway.

Since 2017, PBPB stock has been in decline and that decline sped up in 2019 as earnings and revenue have disappointed investors for a year. All in all, it’s not a business model that would tempt me; I see much better options out there. The stock is off 72% in the past year and the chart isn’t looking like a comeback is in sight. 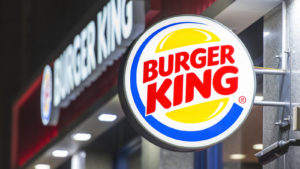 Carrols Restaurant Group (NASDAQ:TAST) is an interesting restaurant company. It doesn’t actually have a brand. It owns franchises of Burger King and Popeyes restaurants.

Currently, it owns 1,010 Burger Kings and 55 Popeyes in 23 states. It brings in about $1.3 billion in revenue every year, so it’s a big organization. But Burger King and Popeyes are owned by Restaurant Brands International (NYSE:QSR). TAST simply buys franchises and runs them.

This can be good business in a strong economy. In today’s economy, it’s best to be QSR since it simply receives fees from its franchises and isn’t exposed to the market conditions like rising worker costs and lower sales.

The stock is off 52% in the past year, and doesn’t look like it’s headed up anytime soon. 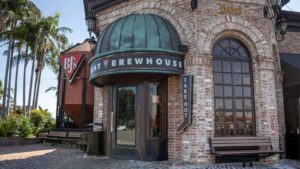 BJ’s Restaurants (NASDAQ:BJRI) is kind of an American-style pub experience. That means it’s everything on a bigger scale. The restaurants — BJ’s Restaurant & Brewhouse, BJ’s Pizza and Grill and BJ’s Grill — are big as are their selections of beers and fast-casual dining options.

Its Southern California spin on the brew house experience was its unique selling point, but there are many other competitors in this space that are local, regional and national competitors.

And that is starting to show up in BJRI’s numbers. The third quarter was tough for a lot of restaurants, but BJRI doesn’t have the cushion that others do. The stock is off 50% in the past year, and growth as well as same-store sales will be challenging.

Again, you want to see a business that’s hard to duplicate (or beat). And sometimes, you have to invest early in a theme to find them. I’m seeing that opportunity in another corner of the market that may surprise you. 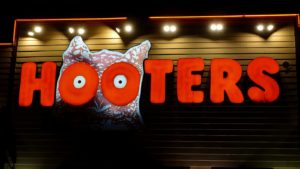 Chanticleer Holdings (NASDAQ:BURG) has owned and operated franchise restaurants since its inception in 2005.

Perhaps its best-known brand is Hooters. It has also franchised some boutique burger restaurants along the way, like BGR, Little Big Burger and American Burger Co.

The trouble is, Hooters isn’t exactly the kind of growth brand it was a decade or two ago. It may work in some markets — and BURG also has international franchises — but it’s not exactly a concept that draws attention any longer. And upscale burger joints have flooded the market.

Even more telling regarding its prospects is the fact that BURG recently did a reverse merger with a privately held biotech firm that specializes in cancer research.

The stock is off 68% in the past year and it’s likely that this odd pivot is its last gasp, rather than a new beginning. 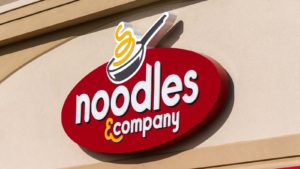 Noodles & Company (NASDAQ:NDLS) is a national chain that started with a menu focused on noodle dishes from around the world. Who doesn’t like noodles, right?

When they first opened they were very popular, especially with finicky kids. But then the age of gluten-free eating hit and NDLS was a focused gluten purveyor. That became a challenge.

Fortunately, the chain has pivoted to veggie noodles and now, cauliflower noodles.

Its Q2 earnings and revenue numbers were solid. But it really doesn’t have a real growth market left, so it’s in survival mode. Same-store sales were in line with expectations, but as we enter a slowing economy, it’s going to be tough to keep the growth going.

NDLS stock is off 61% in the past year and this knife is still falling. Sometimes, even if you see decent fundamentals, you have to stay away when the trend is against you. Momentum is a must for the stocks I’d recommend for Growth Investor.

Domino’s Pizza (NYSE:DPZ) is certainly one of the most famous fast food brands out there. And it is another company that has seen many years of dominance in its sector.

But again, the gluten-free trends and healthy eating styles that pervade the market now are having an effect on business. Plus, DPZ is constantly challenged by price wars from national competitors and significant local competition in most markets.

And it’s difficult for DPZ to pivot. This makes it a challenge for prospective franchisees. They see healthy alternative fast-casual restaurants and a pizza chain known more for quick delivery than quality products.

This is not the pizza of Gen X or Gen Z. And while it may stay top of the pizza chain heap, that heap is getting smaller.

DPZ stock is stuck in lower highs and lower lows. It’s off about 0.5% in the past 12 months, but it’s still carrying a trailing price-to-earnings ratio around 28.

At the end of the day, restaurants are a low-margin business. That makes it very tough for restaurant stocks to deliver (so to speak) the earnings as well as operating margins I’m looking for.

That’s why I’m looking elsewhere for growth plays. One of my favorites is a tech trend that is already bigger and deeper than most people realize.

“The Mother of All Technologies”