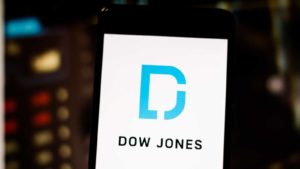 Stocks dipped Friday, but closed well off session lows. The dollar slumped to its lowest levels in three months despite weak data out of China, the world’s second-largest economy. China said its third-quarter GDP grew by 6%, but economists were forecasting a slightly higher uptick of 6.1%.

On the back of that slack data out of China, oil prices gyrated today. As a result, Exxon Mobil (NYSE:XOM) and Chevron (NYSE:CVX) were two of the day’s offenders in the Dow Jones Industrial Average.

There were, however, some bright spots in the Chinese data. And third-quarter earnings here in the U.S. remain solid.

“American earnings so far have been relatively upbeat, after Morgan Stanley on Thursday became the latest big bank to buck concerns about weak growth,” reports Bloomberg. “Traders will also be mulling the data from China, which showed GDP slow to 6% in the third quarter, with limited pick-up from domestic demand, but factory output improve and retail sales hold up.”

To close the week, the Nasdaq Composite lost 0.8% while the S&P 500 retreated by 0.4%. The Dow Jones Industrial Average shed almost 1%, but most of the losses were attributable to one name. Fifteen of the 30 Dow stocks were high in late trading.

As I noted yesterday, the Dow Jones is a price-weighted index, meaning the stock with the largest price tag commands the largest percentage of the benchmark. That’s great when that stock, which happens to be Boeing (NYSE:BA), is rising. But it’s bad when Boeing tumbles as it did today to the tune of 6.7%.

For a while, it appeared that those Boeing shares were impervious to the spate of challenging news surrounding the 737 MAX jet, but in recent weeks, that thesis has incurred significant damage.

Late Thursday, “Boeing alerted the Department of Transportation to the existence of instant messages between two Boeing employees, characterizing certain communications with the FAA during the original certification of the 737 MAX in 2016,” according to a statement by the Federal Aviation Administration obtained by Barron’s.

Add to that, Southwest Airlines (NYSE:LUV) said it’s delaying using the 737 MAX again until at least February — and it wouldn’t be surprising to see other airlines follow suit.

Speaking of a stock that had appeared somewhat resilient to troubling headlines, Johnson & Johnson (NYSE:JNJ) fit that bill for a time. “Fit” being the operative word because that is in the past. JNJ was the second-worst performer in the Dow today behind Boeing, sliding 6.2% on volume that was nearly triple the daily average.

With regards to JNJ stock, the recent headwinds have been attributable to opioid-related litigation. However, opioids account for a  scant percentage of JNJ sales. Today, shares of JNJ were drubbed for another reason: Tests revealed traces of asbestos in baby power manufactured by JNJ.

More importantly, Coca-Cola boosted cash flow guidance for 2019 while saying its capital expenditure numbers will come in below prior expectations. It’s always a good recipe when the ingredients include higher cash flow and lower spending.

Keeping with the defensive theme, Verizon (NYSE:VZ) was the second-best performer in the Dow today behind Coca-Cola. VZ raced to a new 52-week high despite an analyst report noting that the coming 5G rollout won’t be the boon to Verizon shares some investors are hoping for.

For those craving a Federal Reserve update, I’ve got one for you: Recent Fed Funds Futures data imply the Fed is likely to cut rates again later this month.

On the earnings front, no Dow components report on Monday, but next Tuesday brings a quartet of reports from members of the index.

Todd Shriber does not own any of the aforementioned securities.