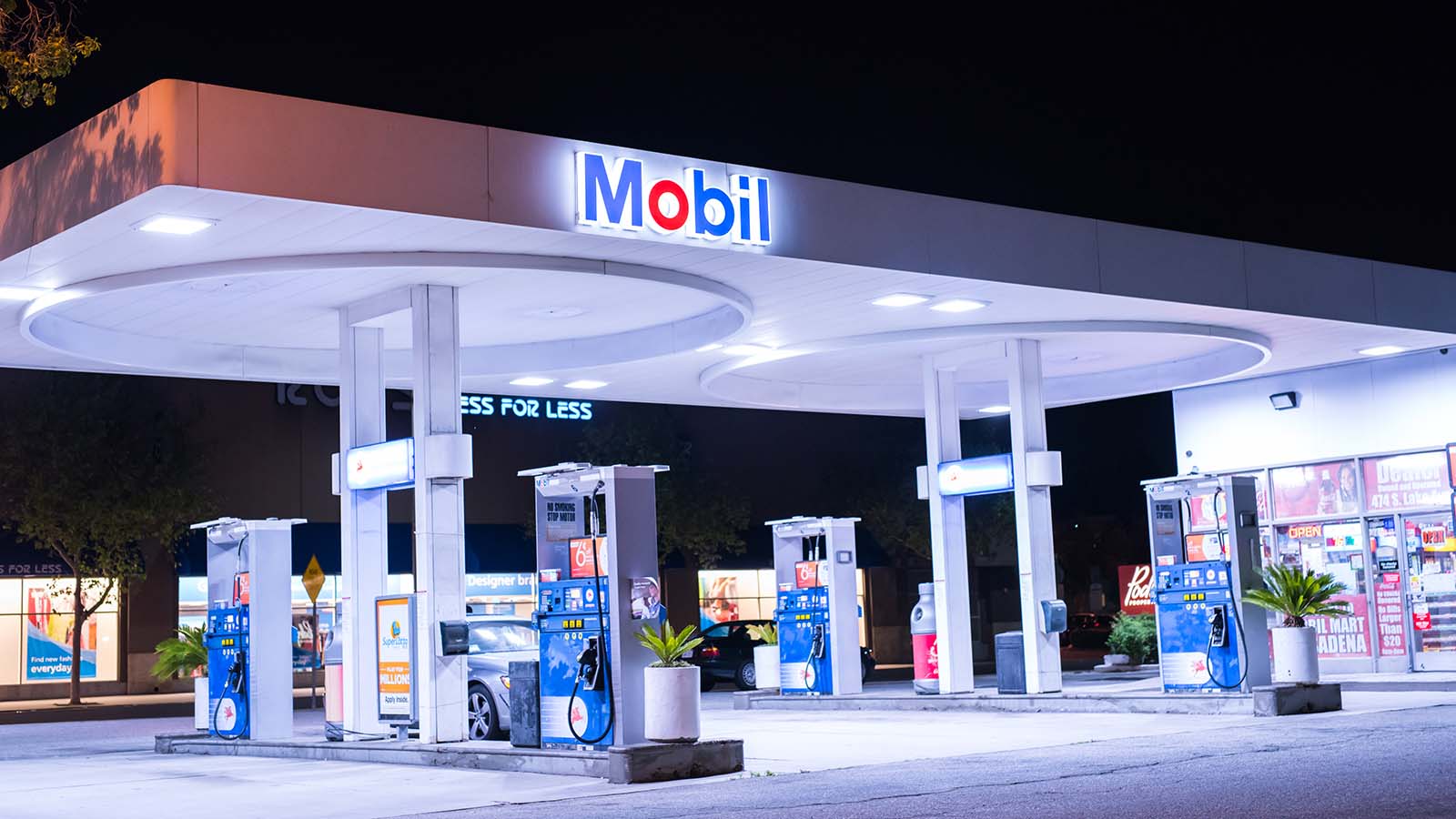 It has been a glum time for ExxonMobil (NYSE:XOM) shareholders. Regardless of whether you’re looking at the past one year, five years, or ten years, XOM stock has been stuck in the mud. You’d have to go back to before the Great Financial Crisis since XOM stock made investors significant money.

As is often the case, however, the longer a stock trades sideways, the bigger its next move will be. XOM stock has now traded largely flat for a decade, swinging up and down but generally remaining near the $75/share mark. When it finally gets going again, expect a huge move.

Technically, Exxon stock is primed to explode upward once it starts accelerating. Here’s why Exxon’s next move will be upward, and probably dramatically so.

Investors tend to think of the oil and gas companies being hunkered down for a long winter, and that’s generally right. As the oil slump has entered year five, many smaller firms are drastically cutting down exploration and drilling expenses. In a world of $55/barrel oil, it doesn’t make sense for small operators to try to increase production.

This leaves a big opportunity for companies with more scale and cheaper access to capital like Exxon Mobil. The company can, and is, making efforts to greatly improve its production in coming years. Management realizes that the world is going to need more oil. Once the current shale boom loses steam in the U.S., we’ll need another round of fresh supply to replace declining reserves elsewhere.

Enter Exxon, with its multi-billion dollar projects to open new production fields in places like Guyana. In fact, Exxon is getting aggressive. They are aiming to double cash flow and earnings in coming years. With so many other players pulling back their spending, Exxon with its fortress balance sheet will profitably pick up the slack.

Oil May Be Peaking, But It Isn’t Going Away Anytime Soon

Many folks seem to confuse Exxon’s (very) long-term prospects with its ability to carry on in coming years. Some analysts project that if current trends hold, by around 2050, we may see renewable energy displace fossil fuels in making up a large portion of the electric grid. And the crossover point for electric vehicles could be relatively sooner — say in the 2030s. Exxon is well aware of this, and management has invested heavily in research for next-generation energy solutions.

The fact that renewables will be growing in future decades hardly matters to XOM stock tomorrow, or even ten years from now. By 2040, the 2019 Energy Outlook estimates (see slides 11 and 13) that wind, nuclear, solar, and other renewables will still be less than one-fifth of the world’s global energy supply. Even dirty coal will remain a key though shrinking player, while oil demand will be about flat, and natural gas use will continue to rise.

XOM stock is currently offering a more than 5% dividend yield. This is the highest dividend that the company has provided in three decades. Even in the Great Financial Crisis, XOM stock paid far less. Also, in the late 1990s, when oil was just $15/barrel, XOM stock only paid a 2-2.5% dividend. Now it pays double that.

The higher dividend yield is the result of investor apathy, along with many socially-responsible funds dumping their allocations to fossil fuels altogether. Oil and gas appear to be becoming like tobacco stocks in the 1990s, shunned by investors who felt the companies were “obsolete” and harmful morally. Regardless of those concerns, cigarette companies like Altria (NYSE:MO) went on to post world-beating returns while giving off fat dividend yields.

Exxon stock could perform similarly going forward. The world will need plenty of oil for at least a few more decades, and Exxon has the balance sheet to keep its dividend secure. At an AA+ credit rating, Exxon is one of the highest-rated companies out there; it could pay off its debt with just a year or two of profits if needed.

As for the dividend, based on an average of recent years, Exxon’s cash flow covers its payout more than three times. This indicates that the company has more than enough ongoing operations, even at relatively low oil and gas prices, to pay the 5% dividend indefinitely. And with growth projects coming online, the company will be able to continue hiking the dividend even more in coming years.

I’ve been buying Exxon stock gradually over the past year. And with the recent dip under $70/share, I’ve gotten more aggressive in picking up shares.

Admittedly, there’s no imminent catalyst for Exxon shares to take off. The oil market is currently in a slump, and natural gas is oversupplied as well. Exxon’s refining business is steady, and is generating large profits. That said, until oil or natural gas — preferably both — see an uptick, XOM stock might stay down around $70. That’s true of other high-quality oil and gas stocks like Chevron (NYSE:CVX), BP (NYSE:BP), and Canadian Natural Resources (NYSE:CNQ) as well.

Once prices start to lift, however, XOM stock will skyrocket. Remember that the company is planning to double earnings and cash flow over the next five years from increasing production from low-cost new areas such as Guyana. This should lift earnings to $9/share.

Throw in some help from higher oil and gas prices, and EPS will reach the double digits. At the current $70/share price, that’d be a 7x P/E ratio, or less. Even a $100 share price would be no more than 10x earnings. Add in that outsized dividend yield and things look even better. Buy now, and enjoy the 5% dividend with a strong chance of big share price appreciation over the next few years as well.

At the time of this writing, Ian Bezek owned XOM, BP, and CNQ stock. You can reach him on Twitter at @irbezek.