U.S. stock futures are headed for a quiet open.

In the options pits, calls outpaced puts by a wide margin while overall volume settled near average levels. Specifically, about 19.5 million calls and 15.1 million puts changed hands on the session.

However, over at the CBOE, the gap between calls and puts narrowed with the single-session equity put/call volume ratio rallying back to 0.65 — a one-week high. The 10-day moving average continues its descent and also rests at 0.65.

Cronos Group shares ripped out of the gate Thursday, but the rally was a ruse. By day’s end, the 25% jump fizzled to a mere 5.5% gain. Volume exploded, showing some major institutional movement, but the catalyst is anyone’s guess. I was unable to find any major news. 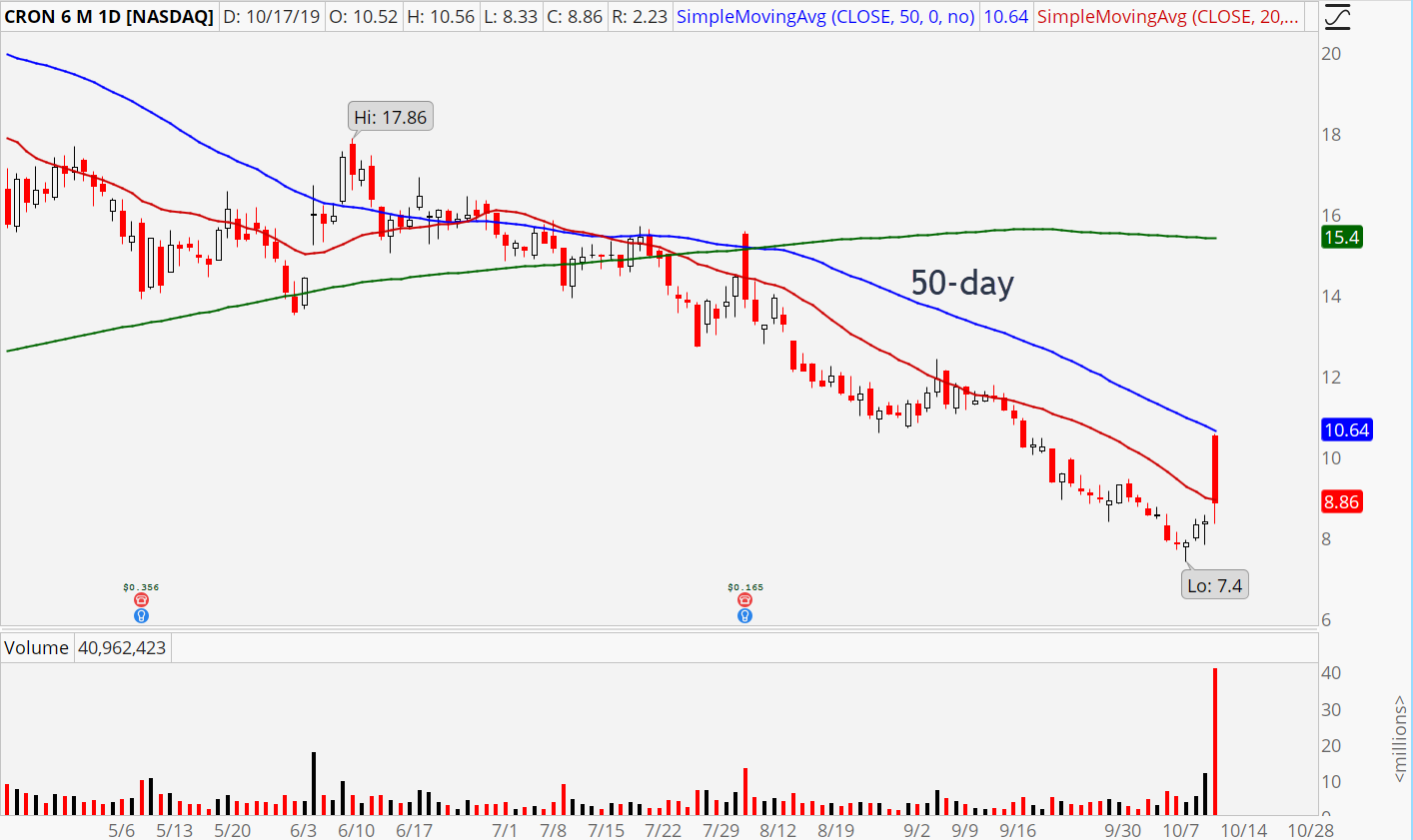 From a technical perspective, the drama did little in changing the trend of CRON stock. The opening gap pushed right into the 50-day moving average and was swiftly rejected. The intraday whack even pushed CRON back below its falling 20-day moving average. While the rise in volume over the past three days is a welcome change of pace, the stock needs to hold above resistance for longer than a nanosecond before speculating on a bottom is justified.

On the options trading front, calls led the way. Total activity rocketed to 548% of the average daily volume, with 136,463 contracts traded. Calls accounted for 59% of the tally.

The increased demand drove implied volatility higher on the day to 84%, placing it at the 36th percentile of its one-year range. Premiums are baking in daily moves of 47 cents or 5.3%.

Netflix stepped up to the earnings stage in desperate need to impress investors. Last quarter’s whiff delivered a massive 30% haircut to NFLX stock during the fallout. Fortunately, the company posted much better numbers this go around, and the stock eked out a gain yesterday.

For the third quarter, Netflix scored 6.8 million new subscribers compared to forecasts of 7 million. Revenue rose 31% to $5.24 billion, translating into earnings-per-share of $1.47. 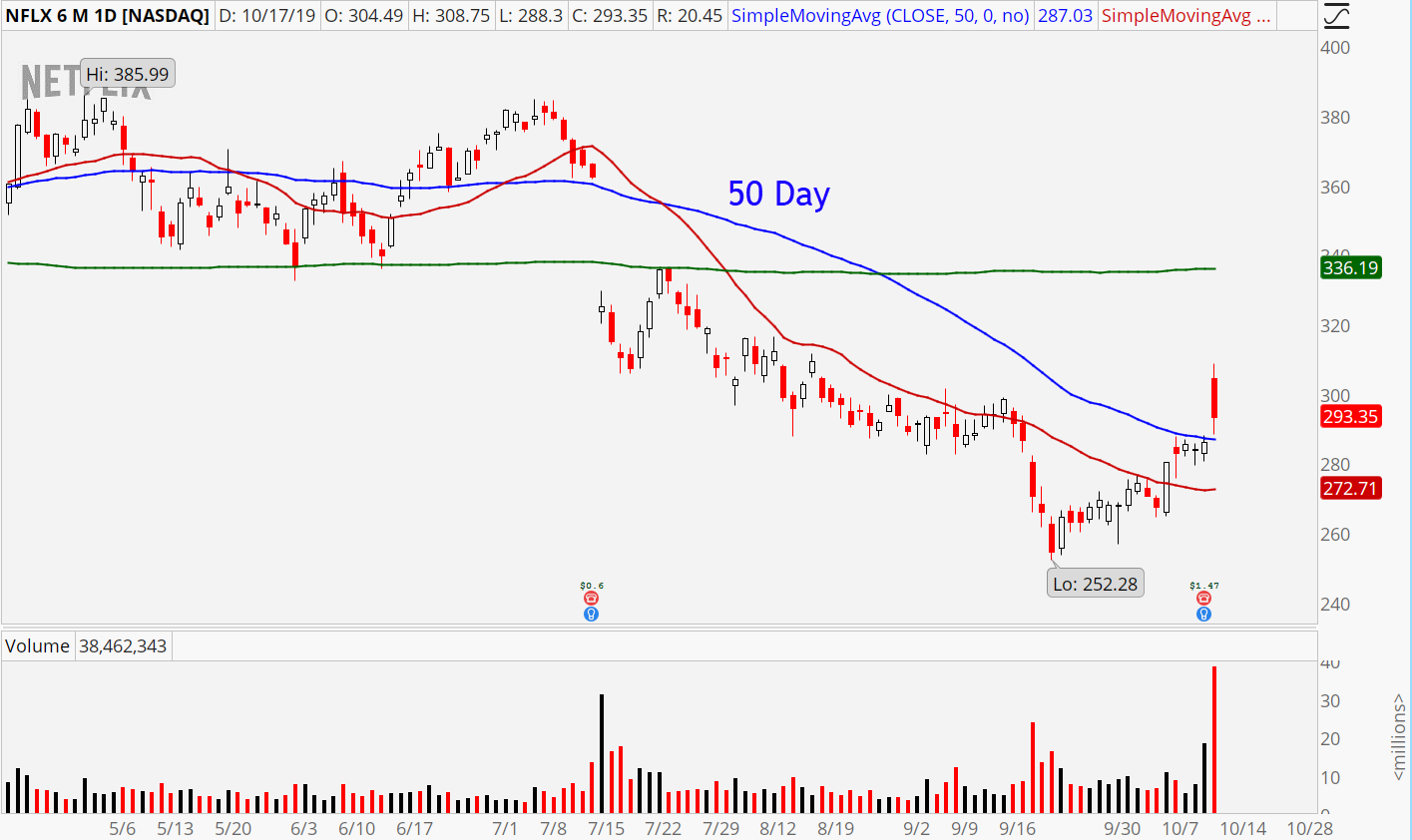 While its opening gap was initially met with selling, NFLX still ended the day with a 2.5% gain. It closed above the 50-day moving average for the first time in three months. Holding above this level should bolster the confidence of bulls moving forward.

On the options trading front, traders were baking in a $30 move or 10.5% into the event. Since the stock only opened up 6.4% and then dropped to a mere 2% gain, this was a solid win for volatility sellers. Given the underwhelming move, implied volatility was crushed on Thursday and now sits at 34% or the 9th percentile of its one-year range.

Disney stock rallied 1.2%, clearing a key resistance zone. Ever since last quarter’s earning release took the wind out of its sails, the House of Mouse has been struggling. All told, DIS stock has fallen 13%, breaching its 50-day and 20-day moving averages in the process. 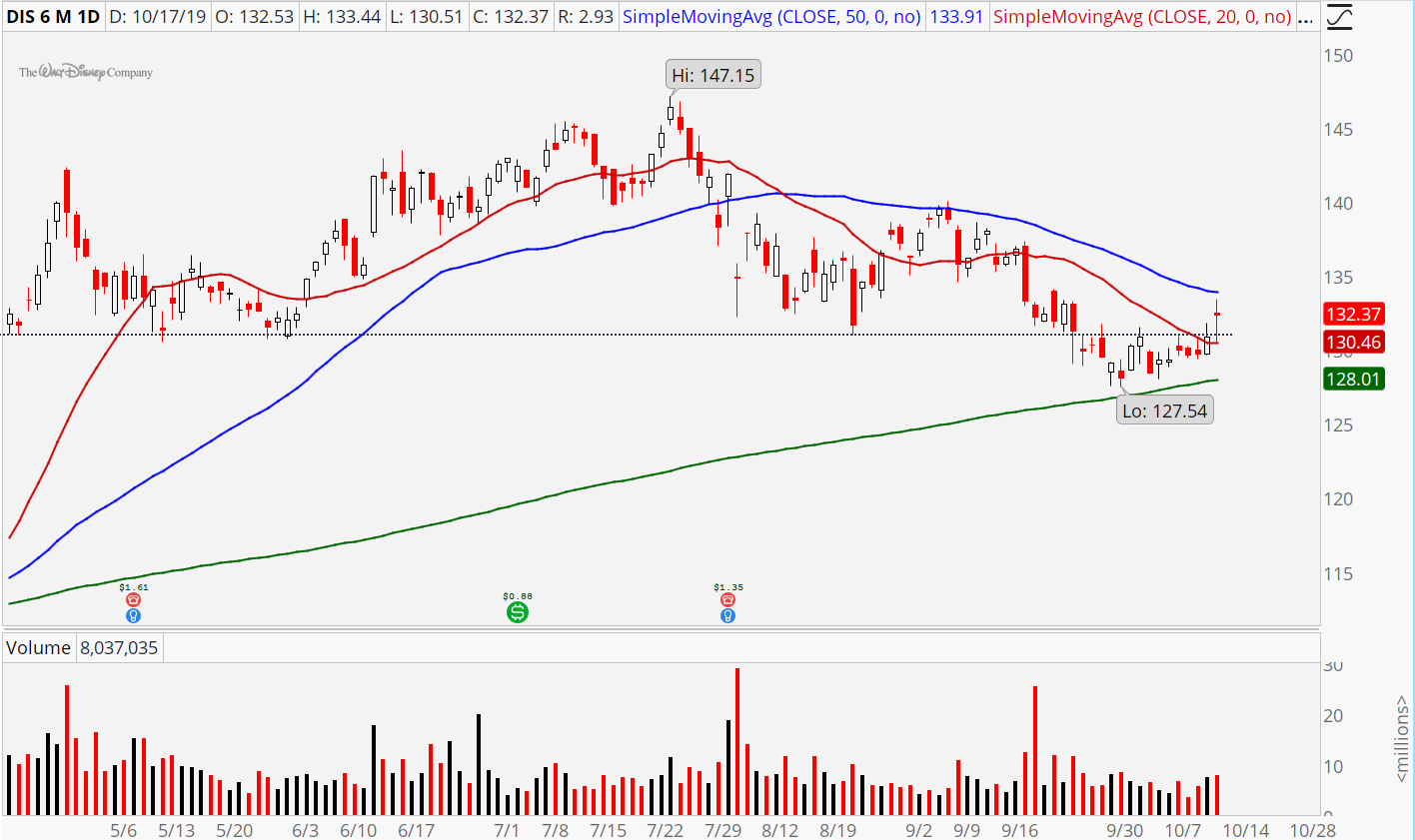 Yesterday’s pop is the first step to improving the technical posture, but the 50-day moving average needs to be taken out before the bulls’ party can really begin. Watch for a close above $134 to confirm.

On the options trading front, traders rushed into calls throughout the session. Activity swelled to 150% of the average daily volume, with 108,881 total contracts traded; 74% of the trading came from call options alone.

Implied volatility drifted sideways and remained at 26% or the 45th percentile of its one-year range. With earnings looming in a few weeks, I suspect it holds firm or moves higher ahead of the event. Premiums are pricing in daily moves of $2.20 or 1.7%.