U.S. equities look ready to take a leg lower as the political situation in Washington worsens and the flow of Q3 corporate earrings and economic data suggest a real slowdown is underway.

As a result, the Dow Jones Industrial Average is falling away from the 27,000 level and looks set for a break below its 50-day moving average. This after spending the past four months trying to hold near current levels.

A number of component stocks are weakening badly. Here are five stocks to sell now: 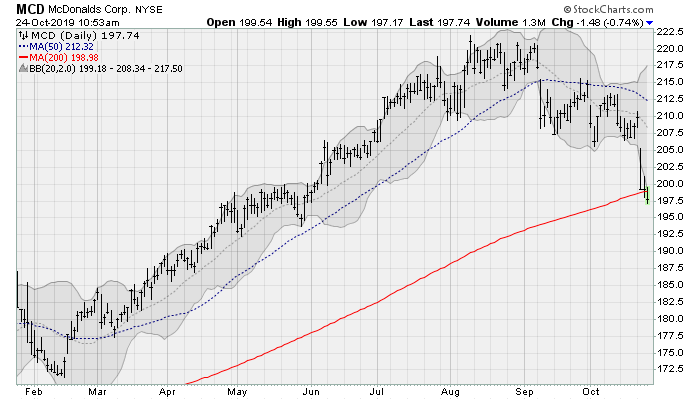 McDonalds (NYSE:MCD) shares are dropping below their 200-day moving average for the first time since the summer of 2018 as store visits slow, pulling shares down roughly 10% from their recent high. Watch for a possible return to the trading range seen at the start of the year near $180, which would be worth another 10% or so decline from here as competition in the quick service space intensifies.

The company recently reported its first earnings miss since 2017, making MCD a contender on this list of Dow stocks to sell. 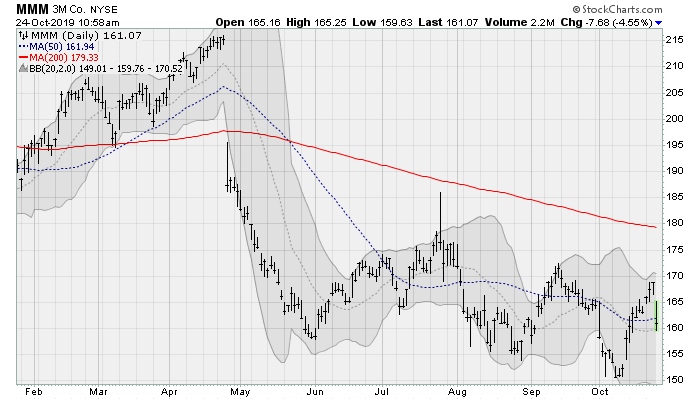 3M (NYSE:MMM) shares are rolling over again, maintaining a downtrend that started in the summer of 2018 and continuing a run below its 200-day moving average. Watch for a test of critical support near $150, which would be worth a loss of more than 6% from here.

The company reported results this morning before the bell, with earnings of $2.72 per share beating estimates by 20 cents, but revenues falling 2% from last year to ultimately miss estimates. 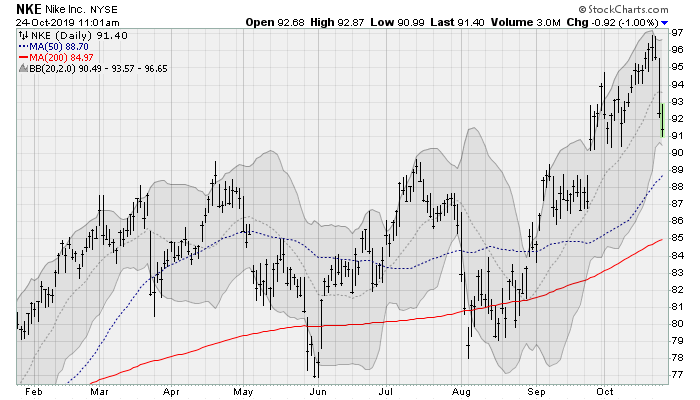 Nike (NYSE:NKE) shares are pulling back from their recent high, cutting back below their 20-day moving average, ending a three-month uptrend. The company announced that longtime CEO Mark Parker — who has been in place since 2006 — will be stepping down risking a loss of momentum and direction.

The company will next report results on Dec. 19 after the close. Analysts are looking for earnings of 58 cents per share on revenues of $10.1 billion. 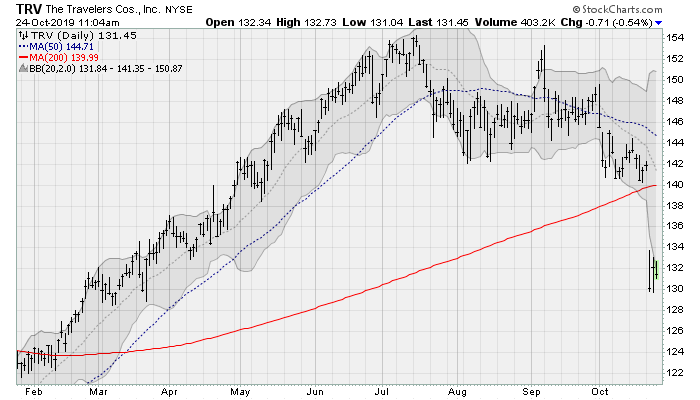 Shares of Travelers (NYSE:TRV) have broken down below their 200-day moving average, continuing a decline that started in July and has already resulted in a 14% decline from the recent high. Watch for a return to the trading range that dominated throughout 2018 near $120, which would be worth a loss of around 9% from here.

The company reported a big earnings miss on Tuesday, with earnings of $1.43 per share falling 92 cents short of estimates. 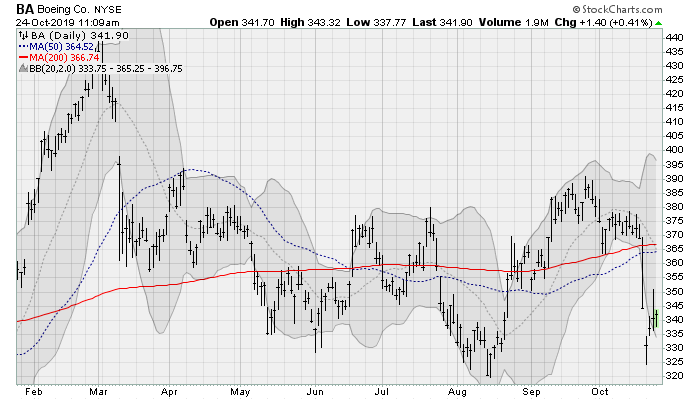 Oh, where to start on Boeing (NYSE:BA). The last one this list of stocks to sell is the company that continues to contend with the ongoing grounding of the 737 MAX, along with the associated problems that have stemmed from it from production slowdowns to legal liabilities. Shares have fallen back to test their August lows, down around 13% from their recent high. The earnings report missed estimates while management maintains a very optimistic view of the timeline to restoring the MAX to service before the end of the year.