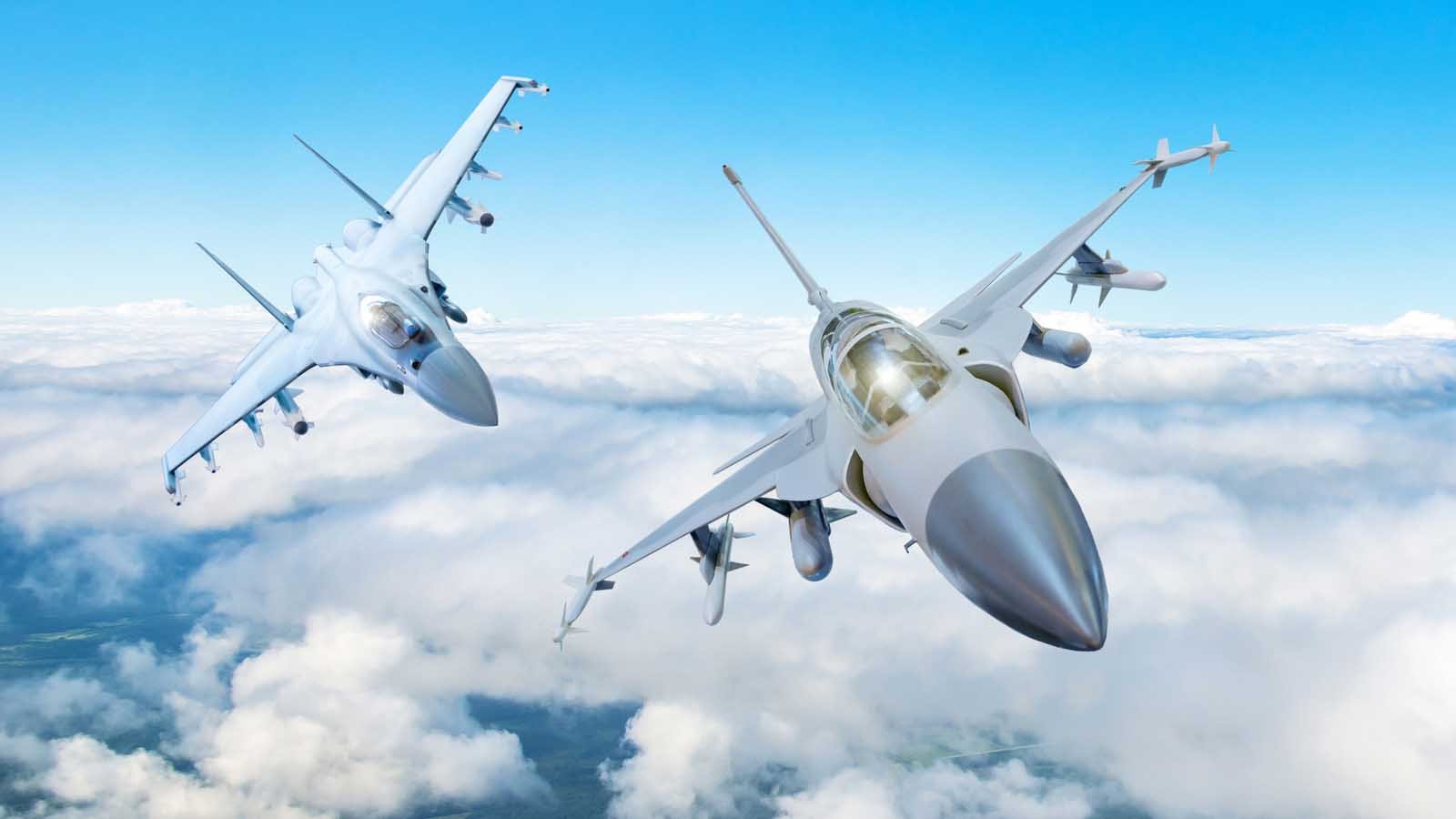 Usually when we think of defense stocks, we think of the major players that win the deals to build next generation fighters, or our newest aircraft carriers. Those companies are doing well, but they’re in a different place than the stocks I want to talk about today. These are the second and third-tier players that either become subcontractors to the big guys or they win their own contracts.

Either way, they are smaller and tend to grow faster in strong markets. This is a great time for their leveraged growth because they have nothing to do with a China trade war. They are domestically-driven firms with great prospects. 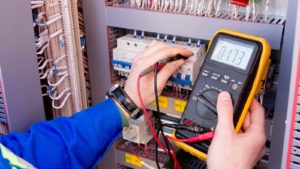 ESCO Technologies (NYSE:ESE) is a diversified manufacturer of mission critical fluid and electrical control systems, as well as a variety of other products for industries like aerospace and defense. ESE also provides utilities and technical packaging.

For example, when equipment is sent into space, it has to be “hardened” against any negative effects from radiation beyond the Earth’s atmosphere, otherwise the equipment breaks down quickly or malfunctions.

Closer to Earth, any engine has a vast array of fluid control systems, whether for coolant, fuel or hydraulics. The bigger the craft, the bigger the need.

All these systems need to be extremely durable and reliable. This is what ESE has built its reputation on. With only a $2.16 billion market cap, it’s a specialist and gets a lot of subcontract build work as well as all the maintenance work that goes along with it. 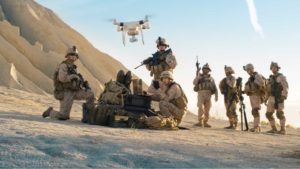 Kratos Defense & Security Solutions (NASDAQ:KTOS) is a small defense company with a big portfolio. It has grown its operations significantly since starting in 1994.

Now, it is a leading niche player in high-performance drones as well as unmanned ground and marine vessels. It also is a player in the short- to medium-rage ballistic target systems and rocket support solutions.

That broad and complementary portfolio is where the military is, and will be heading as the networked battle space becomes more of a reality. And as long as missile and drone defense on land or in the sea is important, KTOS will be in demand. 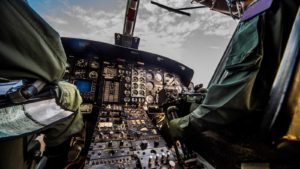 CAE (NYSE:CAE) is a Canada-based company that has been in operation since 1947. Its primary mission is to build simulation and modeling technology and equipment to train military, civilian, and commercial pilots. It has also spun off some of its technology for use in the healthcare sector.

As a leader in this market, they have many potential customers from airlines and flight schools, to manufacturers and military organizations. And as new models come out, new software and systems are rolled out. Plus you have to maintain the systems.

Certainly, this is zero-tolerance work, so being a trusted name with a long reputation helps a great deal. Its training systems and training centers are used by many NATO members as well as international aerospace firms and airlines.

You can be sure that after the 737 Max issues, this aspect of the aviation industry is getting even more important. 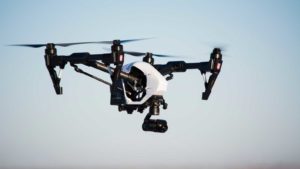 FLIR Systems (NASDAQ:FLIR) has been around since the late 1970s. But it really got its start in the second Gulf War, when its forward-looking infrared radar (FLIR) was able to be deployed across the battle theater.

From drones using FLIR cameras to soldiers with cameras mounted on their helmets, to robots looking for IEDs, this was the beginning of the next generation of modern tech entering war zones.

Today, FLIR sports a $7.35 billion market cap as its once-whizbang technology is now standard operating procedure. FLIR equipment is battle-tested and hardened for the rigors of war. That’s a crucial piece. Building tech equipment that can manage deserts, oceans, and dirt roads day in and day out is crucial.

FLIR has a commercial division as well that supplies maritime, security, and consumer sectors. This division has been very popular because its cameras are proven to be heavy duty and reliable. 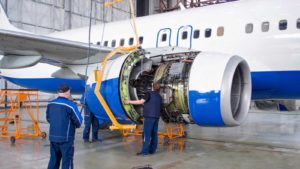 HEICO (NYSE:HEI) is another aerospace company with a long history. It was founded in Hollywood, FL in 1957.

HEI specializes in designing and manufacturing equipment for niche aerospace, defense and telecom sectors. It is the world’s largest independent provider of FAA-approved aircraft replacement parts. Since 1990, it has acquired more than 75 specialized businesses to build on its dominance in its specific markets.

When there’s a new massive plane deal or space project, it’s very likely that HEI is involved. This is the ultimate subcontractor to industries that are leaning more on digital tech and replacing mechanical tech. But it’s immaterial to HEI since it does it all.

And now with border security becoming a big issue, there are big opportunities as surveillance and improved communications will certainly be part of the package. 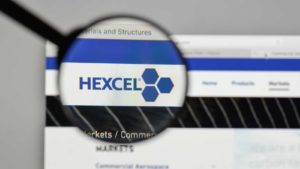 Hexcel Corp (NYSE:HXL) was formed at the end of WWII from a group of materials engineers that were part of the University of California Berkeley. It specialized in advanced composite materials for the aerospace, defense and industrial sectors. Oddly enough it also used to make skis from its advanced material – its logo was Hexcel honeycomb, one of its signature products.

HXL also made the landing pads for the Apollo 11 lunar module. It made the nose, doors, and wings for the space shuttle Columbia and built the wings and fuselage for Voyager, the first aircraft to fly around the world on a single tank of fuel, in 1986.

Suffice it to say, HXL was and remains a very important aerospace company for cutting edge materials. It’s a well-regarded company in a unique sector, which means it will stay a key player in its markets for years to come. 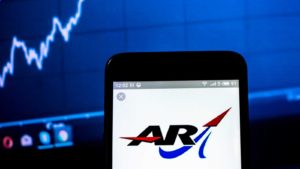 Aerojet Rocketdyne Holdings (NYSE:AJRD) has been building propulsion systems since 1915.

Today, it’s a crucial part of the defense sector and NASA operations and has clients all around the world. It develops solid-fuel, liquid-fuel, air-breathing hypersonic, and electric propulsion systems.

The latter of these systems is especially compelling, whether for booster stages, thruster, or main engines. Electric propulsion would mean the rockets won’t have to be as large so they can carry more payloads. And without volatile fuel, they would be safer.

AJRD works with all the major defense contractors in developing propulsion systems for all the aircraft, spacecraft, and hybrid craft that are in the air or on the drawing board.

The new space race and the ability to reach beyond borders near space make this sector a growth industry and AJRD one of the big players in it. And it’s a bargain.

Louis Navellier is a renowned growth investor. He is the editor of four investing newsletters: Growth Investor, Breakthrough Stocks, Accelerated Profits and Platinum Growth. His most popular service, Growth Investor, has a track record of beating the market 3:1 over the last 14 years. He uses a combination of quantitative and fundamental analysis to identify market-beating stocks. Mr. Navellier has made his proven formula accessible to investors via his free, online stock rating tool, PortfolioGrader.com. Louis Navellier may hold some of the aforementioned securities in one or more of his newsletters.