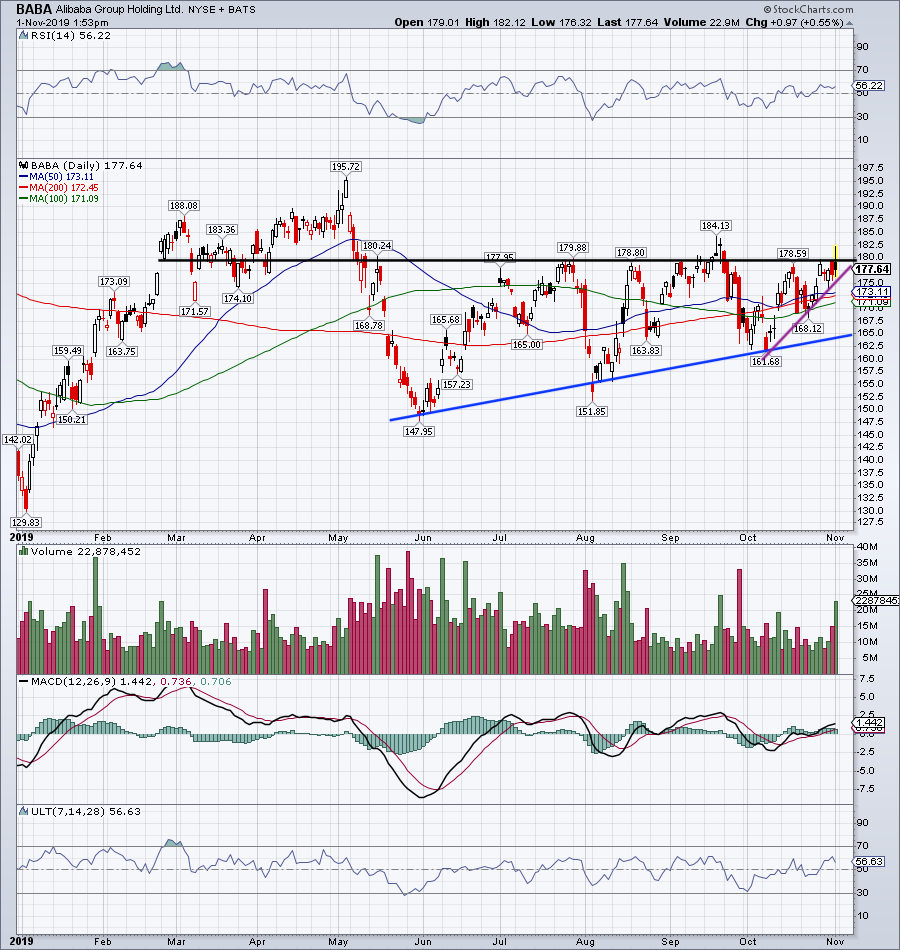 A better-than-expected jobs report thrust equities to new all-time highs once again, with the S&P 500 notching its fourth new high in five days. Let’s take a look at a few top stock trades as the markets continue to roll higher.

Alibaba (NYSE:BABA) is barely in positive territory following its earnings report, but the technical setup is not that appealing.

Shares tried to break out over the $180 level, but failed to hold onto its gains. The silver lining here? BABA stock is still above short-term uptrend support (purple line), as well as its cluster of major moving averages between $171 and $173.

A move below uptrend support would negate the breakout, while a decline below its moving averages would be a sign of caution. Below $170 and uptrend support (blue line) is in play near $165.

Over $180 and the breakout is back on the table, with the first upside target being Friday’s post-earnings high, followed by the September high of $184.13. 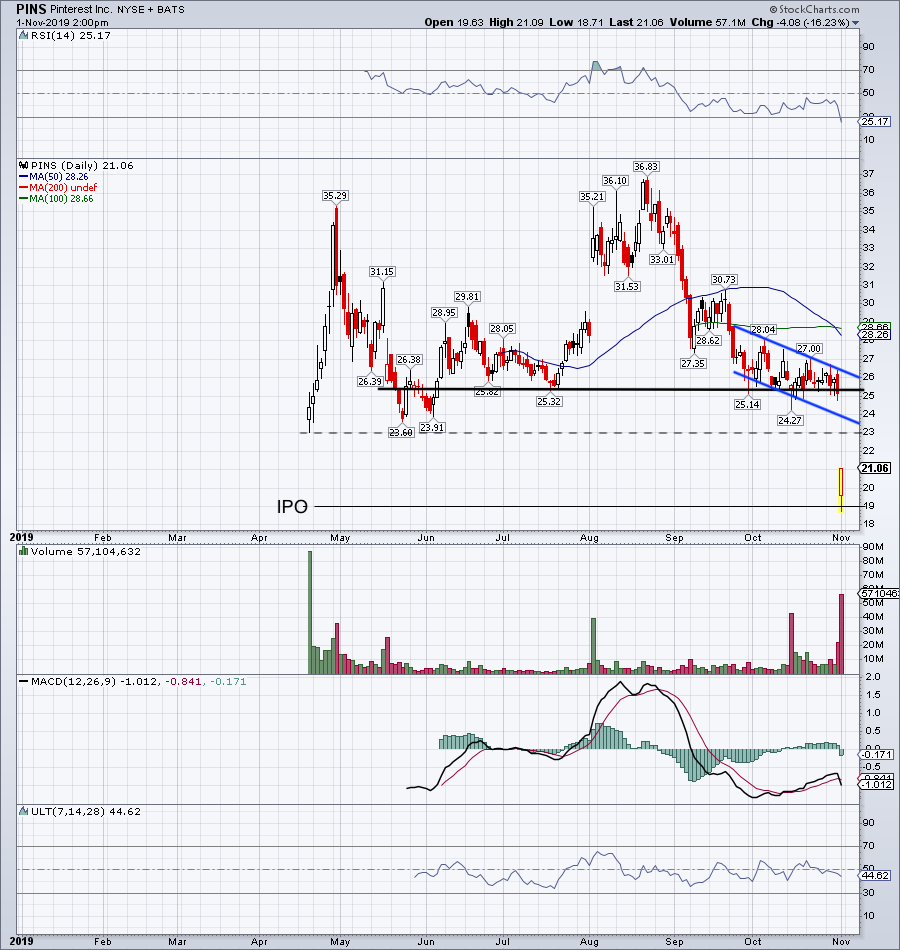 For most of our pre-earnings setups, we don’t need to revisit them a day later. For Pinterest (NYSE:PINS), though, the stock’s major decline is forcing us to take a second look.

Shares were down more than 25% at one point, just below the $19 IPO price. With Friday’s sharp rebound though, bulls have a tradable low to measure against. On the upside, see if PINS can rally back to its prior post-IPO low near $23. Above that and it can fill the gap up toward $25.

Below Friday’s low and PINS is a no touch. 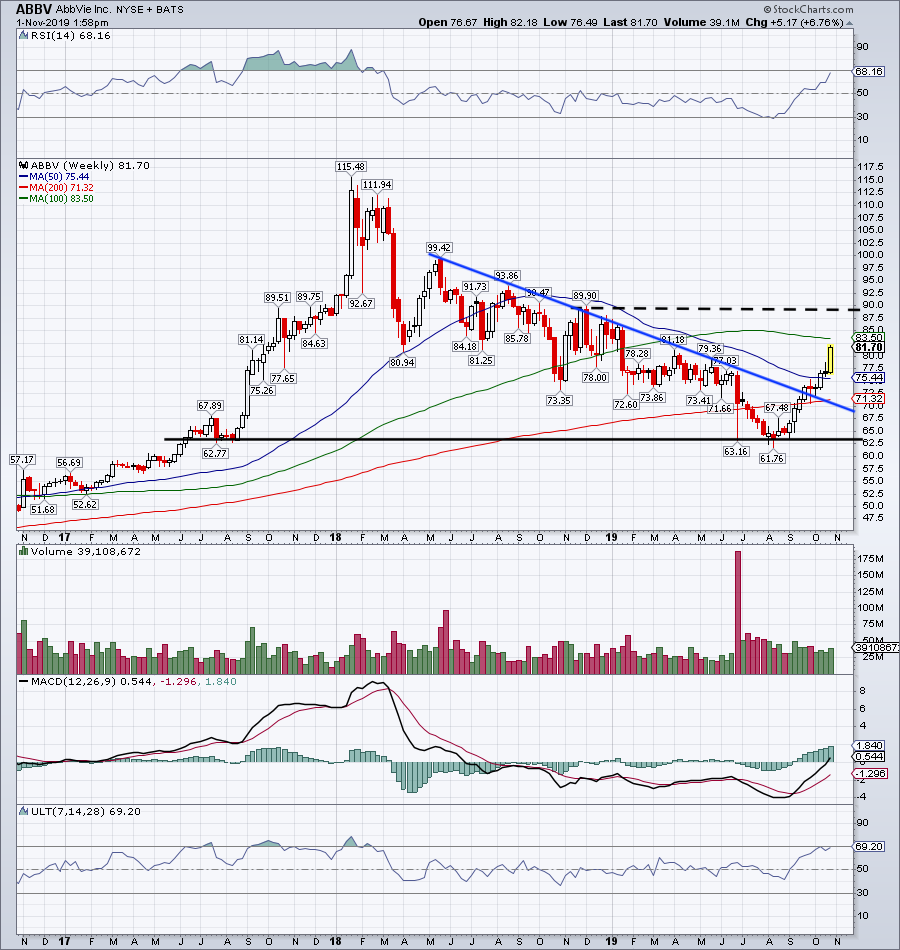 AbbVie (NYSE:ABBV) stock has been on fire, and Friday’s post-earnings rally is only adding fuel to that fire. The stock is nearing overbought territory on a weekly basis, and has long since cleared prior downtrend resistance (blue line).

The stock was recently called a breakout buy for 2019. 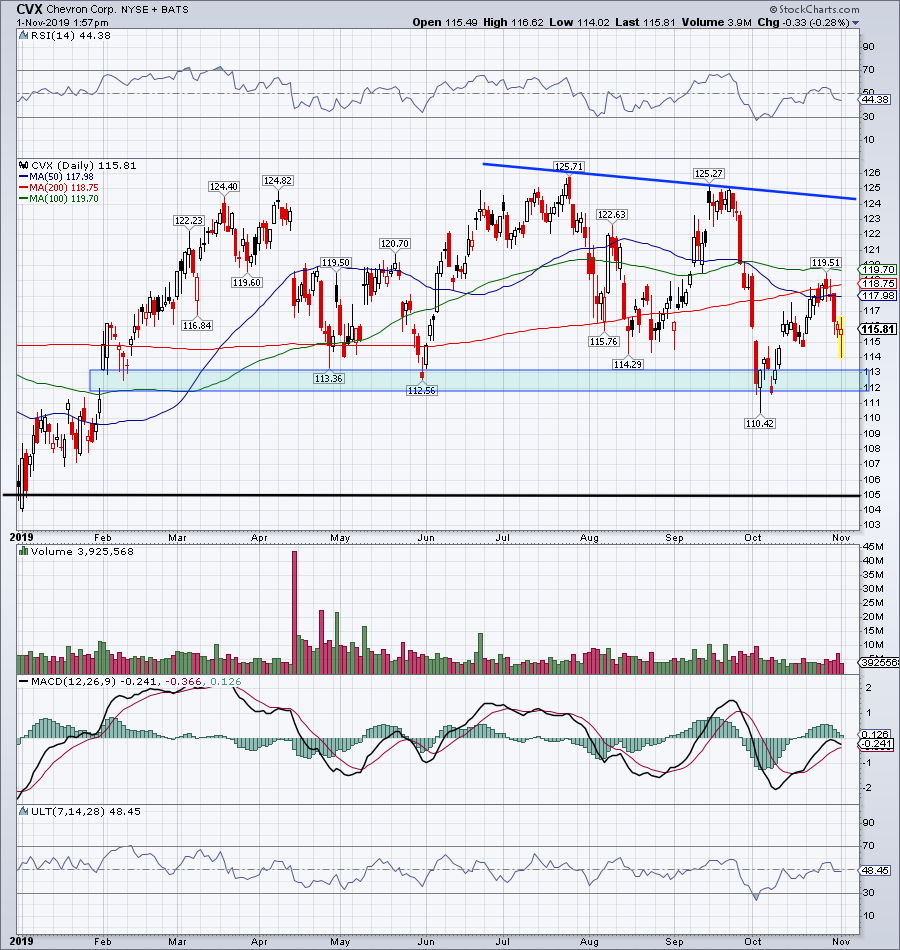 Despite bouncing around on the day, Chevron (NYSE:CVX) is near flat after reporting earnings. This one has become a bit of a sloppy setup.

The upside is clogged by a cluster of moving averages between $118 and $120. On the downside, the February gap between $112 and $113 has generally been support For CVX stock this year. 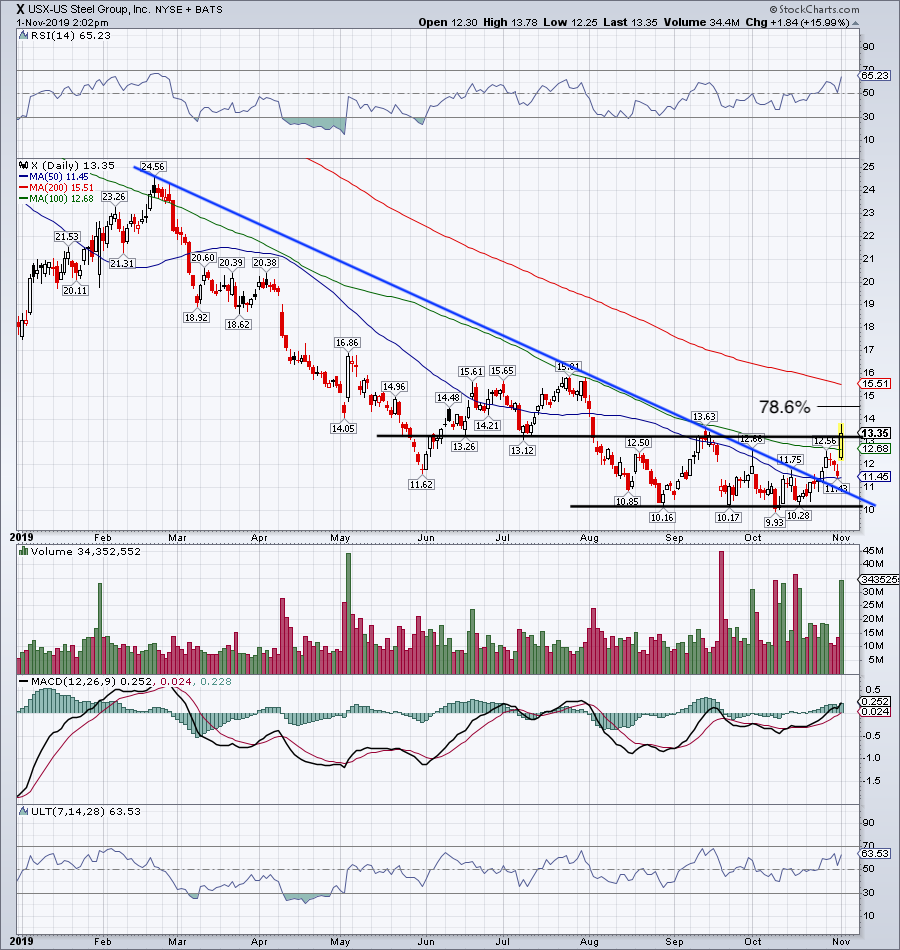 Want to stick with the keep-it-simple approach? U.S. Steel (NYSE:X) is jumping on Friday, but running into an important level.

If it falls below $13, lower prices may be in store. 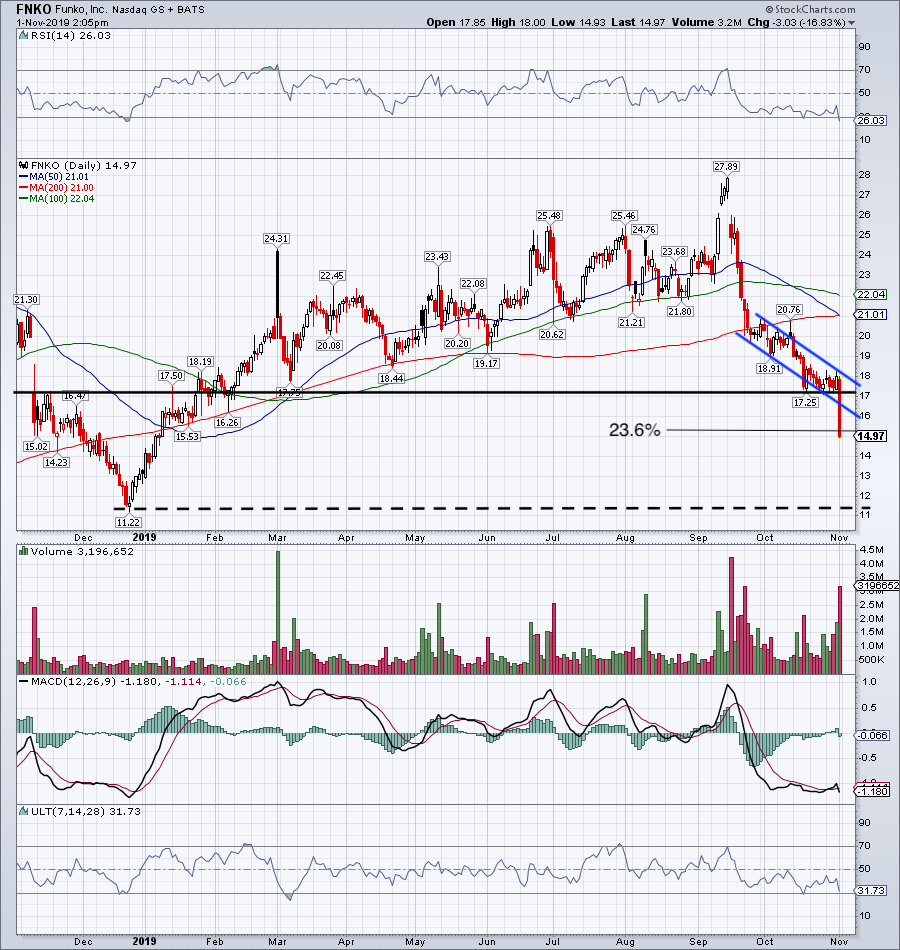 It has been a while since we’ve talked about Funko (NASDAQ:FNKO). $17 and channel support both gave way on Friday, leading to a flood of selling. Shares are now near $15.

Below the 23.6% retracement and near its session low, there’s little confidence in Funko right now.

Friday’s move technically puts the $12 area in play, although it may take a while to flush down to that point. From here, see if FNKO can reclaim $15.15, the 23.6% retracement. Above it puts the underside of prior channel support in play. Below $15 and shares can remain under pressure.

Funko is also a no-touch for me at this moment.