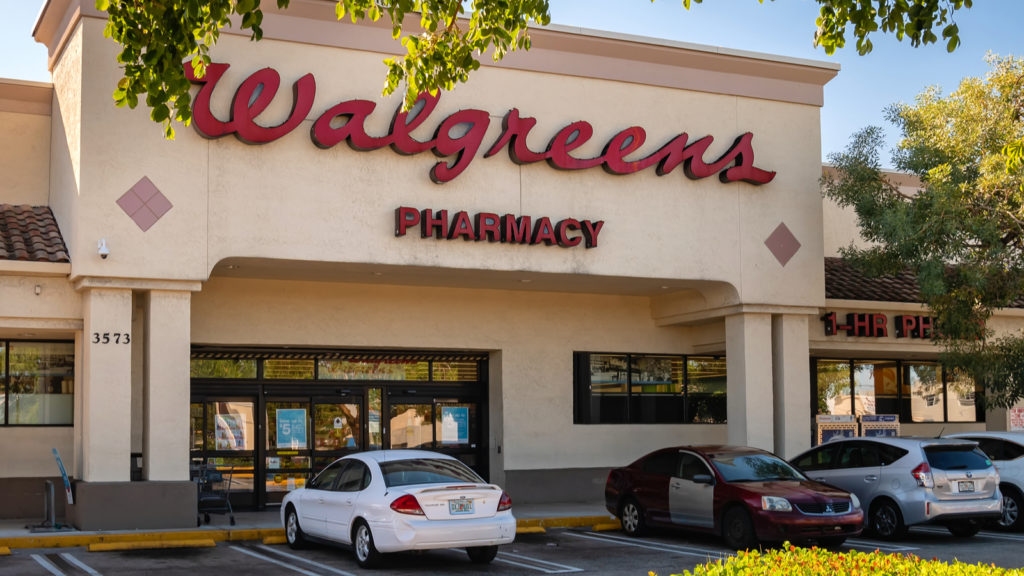 Walgreens Boots Alliance (NYSE:WBA), is on the wrong path, and it’s starting to show in the Walgreens stock price.

WBA announced its fourth-quarter earnings on Oct. 28. While the results beat estimates, they weren’t great. Earnings of $677 million, 75 cents per share, on revenue of $34 billion were half the $1.5 billion, $1.55 per share, earned last year on revenue of $33.4 billion.

The stock bounced around after the numbers came out, but finally decided to drop on Halloween, falling to an intra-day low of $54 before settling at $54.78. They were due to open November 1 at $55.

At that price, income investors should take notice. The yield on the 46 cent per share dividend is now 3.34%, the price to earnings multiple down to 12.7.

Walgreens Stock and a Different Plan

As I wrote nearly a year ago, Walgreens has taken a completely different path to that of one-time rival CVS Health (NYSE:CVS). The differences have only grown starker since then. While CVS bought Aetna, becoming a direct competitor with United Health (NYSE:UNH), Walgreen’s has doubled-down on its retail roots.

Walgreens is closing 40% of its in-store clinics, keeping only those it runs in partnerships with health care providers and opening 100 Jenny Craig weight-loss clinics. It wants to bring in more food to its stores, alongside Kroger (NYSE:KR) and is even cutting headquarters staff.

This is in keeping with the strategies of CEO Stefano Pessina, an Italian billionaire who previously bought Boots, a British pharmacy chain, before combining it with Walgreens in 2015.

Pessina is a pure retailer who runs Walgreens like a family business. His life partner, Ornella Barra, is also co-COO of the company. European pharmacies are primarily drug stores, and new U.S. outlets will be small drug stores, like Boots. Cutting costs when stores aren’t performing (as Walgreens has been doing) is a standard practice in retail.

It’s true that clinics are a tougher business than they appear to be. People who run hospitals are saying “I told you so,” calling Walgreens a warning to Walmart (NYSE:WMT) and CVS, which are opening clinics as WBA closes them.

But CVS is aiming at a different opportunity, managed care. Keeping people out of hospitals with drugs and regular check-ups is delivering big profits to companies like Centene (NYSE:CNC), which also own facilities. As I noted recently, it’s the big trend in U.S. healthcare, as even United Health has acknowledged.

Pessina figures telehealth, linking customers to doctors through data, is a better idea. It could become something worth selling. Walgreens might sell it to Centene, combining it with RxAdvance, a pharmacy benefit manager it bought into last year.

But Walgreens is a retailer. Its purchase of Rite Aid (NYSE:RAD) distribution was solely based on getting Rite Aid out of the market.

The Bottom Line on Walgreens Stock

Analysts are finally starting to catch on to the fact that CVS and Walgreens are completely different.

But if you’re looking for growth, don’t look here. Look to CVS instead.

Dana Blankenhorn is a financial and technology journalist. He is the author of the environmental story, Bridget O’Flynn and the Bear, available at the Amazon Kindle store. Write him at danablankenhorn@gmail.com or follow him on Twitter at @danablankenhorn. As of this writing he owned shares in CVS, JPM and KR.