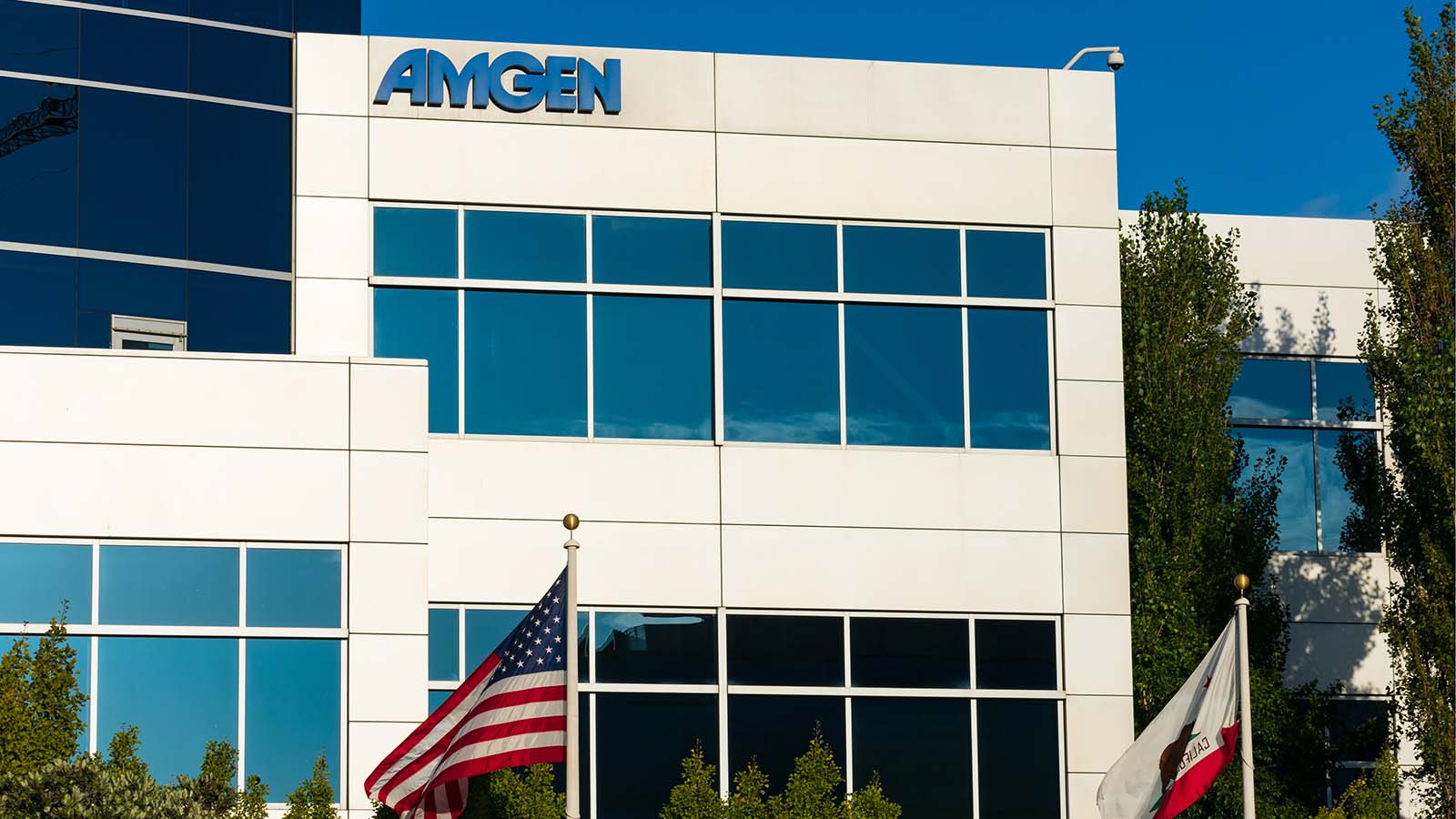 For investors interested in income, Amgen (NASDAQ:AMGN) is a must-have stock. While the shares are up only 34% over the last five years, against a Nasdaq Composite gain of 76%, the dividend has been steadily increasing. It was at 61 cents per share in 2014. For the most recent quarter, it was $1.45. 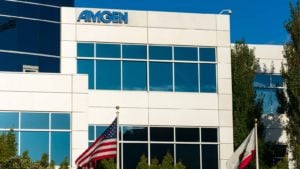 While the yield of 2.7% doesn’t seem attractive, those who bought five years ago are getting 3.6% on their money. Their income is beating the inflation rate.

To keep that going, Amgen must come up with new blockbuster drugs. Its latest candidate is AMG 510, known as a KRAS inhibitor. It targets a protein called K-Ras, an oncogene that when mutated can cause cancer.

The hope is the new drug can break up solid tumors that now resist treatment. AMG 510 will soon enter its Phase 3 study.

Amgen earned $2 billion, or $3.27 per share, on revenue of $5.7 billion for its most recent quarter. Earnings were double the dividend rate and beat estimates.

The company has recently exited the neuroscience arena, resulting in layoffs. This means it is abandoning its search for an Alzheimer’s cure, focusing instead on inflammation, cancer and heart disease.

The move illustrates the hard decisions drug companies must make. The idea that reducing brain plaques — which clog nerve cells — through reducing the effects of beta amyloid is losing traction, because clinical trials aren’t showing results. Researchers are going to have to discover other approaches before companies like Amgen invest again.

The key drug for Amgen is Enbrel, or Etanercept, a tumor necrosis factor inhibitor used to treat arthritis. It also makes Prolia, a drug used to maintain bone density often given after cancer treatment, and Neulasta, given during chemotherapy to fight side effects.

As important as science is to companies like Amgen, law may be more important.

In the case of AMG 510, it’s already facing a biosimilar from privately held Boehringer Ingelheim, now entering Phase One studies alongside a drug from Novartis (NYSE:NVS) to treat solid tumors.

Mirati Therapeutics (NASDAQ:MRTX) has also entered Phase One trials of a KRAS inhibitor. Analysts call this a David vs. Goliath battle. Even if both sides win, investors will get a bigger boost investing in the smaller company.

The Biggest Risk to Amgen Stock

The key to success for drug companies is to have many popular drugs in production as well as a big pipeline to replace those drugs when they lose patent protection.

Amgen lists 16 different drugs in production, not counting biosimilars. About 73% of the drugs’ sales are in the United States, according to its earnings release. The release highlights work on seven additional drugs, along with a biosimilar for Rituxan, which had $4.3 billion of sales last year.

This illustrates the biggest risk to investors in the space. Current U.S. policy requires that insurers, including Medicare, pay for any drug approved by the U.S. Food and Drug Administration. This gives companies like Amgen enormous pricing power. European countries require cost effectiveness, resulting in lower prices as drug companies fight to be part of the standard formulary.

Managed care and standard formularies could dramatically lower America’s healthcare bill as well. The industry spent $3.7 billion in TV ads alone last year, one reason why you don’t see this story on TV.

The 2020 election, then, represents a big risk to Amgen shareholders and that sweet, sweet dividend payout.