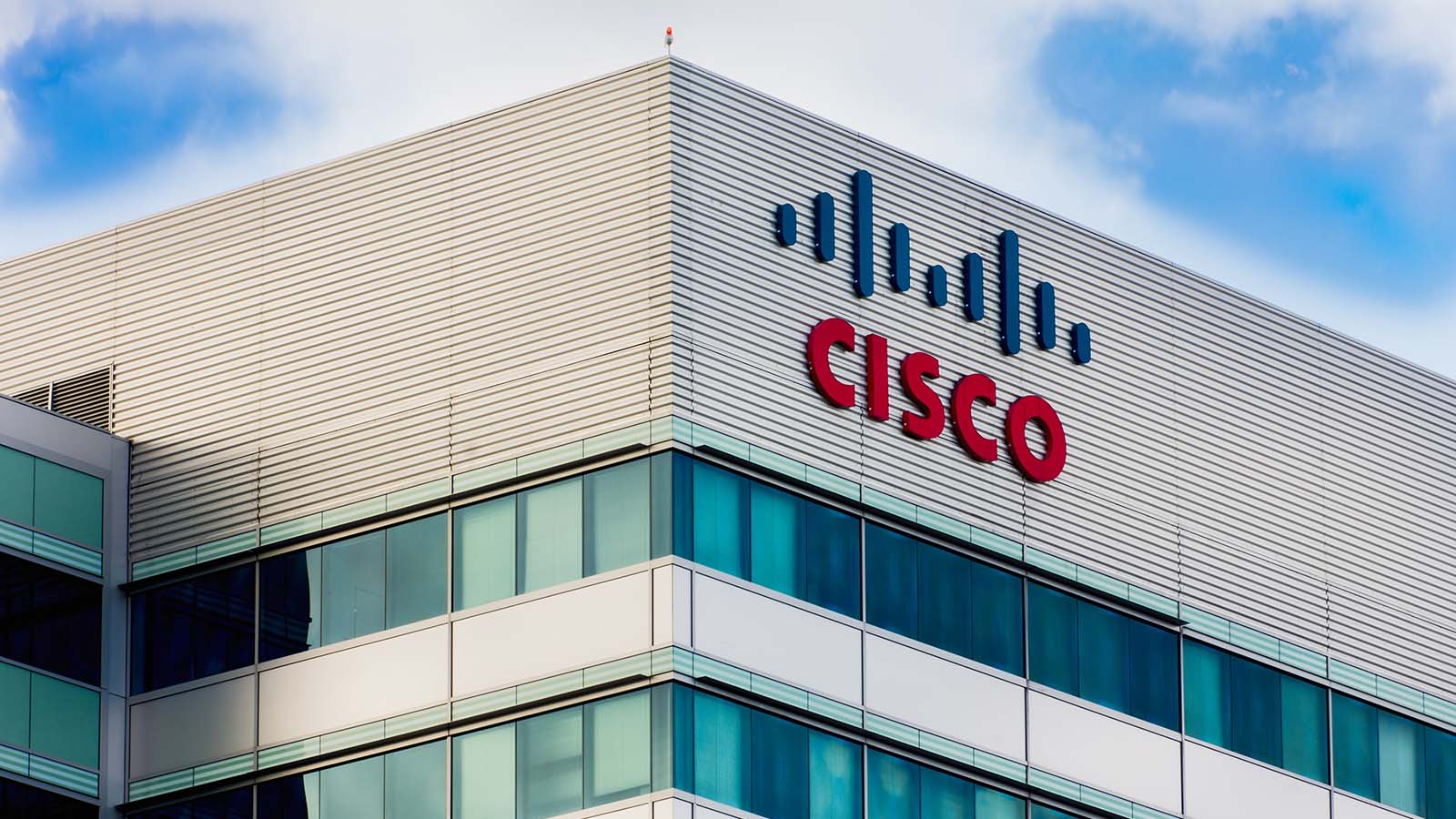 While most tech stocks have been booming in 2019, Cisco Systems (NASDAQ:CSCO) has remained calm. A grinding rise to the high-$50 range was followed by sharp disappointment over earnings in August. The shares opened Nov. 6 at about $47.81. That’s just 11% over where it started the year after last December’s tech wreck. And that’s just half the gain achieved by the average S&P 500 stock.

The prospect that October earnings, which management will release Nov. 13, won’t be much better has analysts cutting their price targets. One even screamed “sell.”

Cisco is in a bad place right now.

It’s waiting for phone companies to fully incorporate 5G technology in their networks, not just advertise it. It’s also waiting for the internet of things market, in which traffic lights, thermostats and other devices get networked intelligence, to explode.

The idea is that, once governments and industry decide to automate services, not just distribution networks and supply chains, Cisco will be ready for them.

But building for tomorrow doesn’t grow results today. Cisco is expected to earn 81 cents per share on $13.1 billion of revenue when it reports Nov. 13. Analysts are hoping for just another penny of earnings.

Given the recent mad rush upward of other tech stocks, like Microsoft, Apple (NASDAQ:AAPL) and Nvidia (NASDAQ:NVDA), Cisco appears to be going nowhere fast.

As Cisco has moved from being a networking box vendor to a seller of software-based services, it has gotten into a continual game of cops and robbers.

Security must protect every door and window. Thieves only have to find one way in. So Cisco is constantly patching vulnerabilities. It’s embarrassing when problems hit Cisco itself, but they remind customers to remain vigilant. That means patching regularly and keeping subscriptions to Cisco software updated. The work is regular, and Cisco is considered a very good place to work.

Cisco is not the only tech stock sitting still. Amazon (NASDAQ:AMZN) has barely budged this year. Alphabet (NASDAQ:GOOG, NASDAQ:GOOGL) is trading for no more than it did in April. Rival Arista Networks (NYSE:ANET) recently trimmed its guidance, blaming a big cloud customer.

But over the next few years, Cisco’s software focus should deliver steady gains of about 5% per year. Evercore believes that, if trading at 20 times its free cash flow, now about $15 billion per year, it could easily hit $80 per share. That’s the level it was at during the dot-com bubble, when Cisco was briefly the most valuable company in the world.

The Bottom Line on Cisco Stock

The most aggressive short-term play I’ve seen on Cisco Systems has been that of Ken Trester. He suggested a bullish options trade based on Cisco holding $46 through earnings, which it has, but called the $50 level firm resistance.

My own interest in Cisco centers on that 35 cent per share dividend, covered more than twice over by earnings. It delivers a yield of almost 2.9%, compared with a 30-year Treasury yield at 2.2%.

It’s a conservative play, but you don’t want all your money going to the dog track.

Dana Blankenhorn is a financial and technology journalist. He is the author of the environmental story, Bridget O’Flynn and the Bear, available at the Amazon Kindle store. Write him at danablankenhorn@gmail.com or follow him on Twitter at @danablankenhorn. As of this writing he owned shares in AMZN, AAPL, MSFT and CSCO.