The analyst who uncovered Carl Icahn’s recent purchase of HP and Warren Buffett’s backing of Occidental Petroleum now says a big investor may be sniffing around Netflix.

Don Bilson, head of event-driven research at Gordon Haskett, said it looks like Nomura Holdings picked up 1.89 million Netflix shares in the third quarter and may have acquired the stock for an activist. Bilson, after all, figured out that Nomura helped get Icahn into HP via an options trade.

According to Factset, Nomura holds an equivalent of 0.44% of Netflix shares, and Netflix is about 4.3% of its total portfolio. The firm’s third quarter 13-F filings shows several positions and options.

While Bilson claims no special knowledge of who might be buying, he pointed to two possibilities. First, he suspects Bill Ackman of Pershing Capital Holdings, who had recently said he was building a new position and was looking to “top it off.”

“It’s the pattern. This fits the model for building top notch stock holdings that have undergone a price dislocation. It’s not necessarily an activist play. It’s buying the best. What he has done a lot of recently is to not take swings at things that are real hairy or dangerous,” said Bilson. Ackman has made similar investments in Nike, Starbucks and Berkshire Hathaway.

Icahn could also be a possibility. “He made a bazillion dollars in this thing. He’s been there,” said Bilson. Going back years, Icahn previously reported buying Netflix and then selling the stock at a profit. Icahn was not immediately available to comment.

Even though it appears an activist may be buying, Netflix is not an activist target, said Bilson.

“The comments from the activist community is there’s nothing to do with Netflix. The respect [Netflix CEO] Reed Hastings has within that community is sky high. Nobody’s going in there to push Reed Hastings around and tell him what to do. This is not an activist position but it’s a smart investment,” said Bilson. “It’s a great company with a good management.”

Netflix did not immediately respond to an email seeking comment. 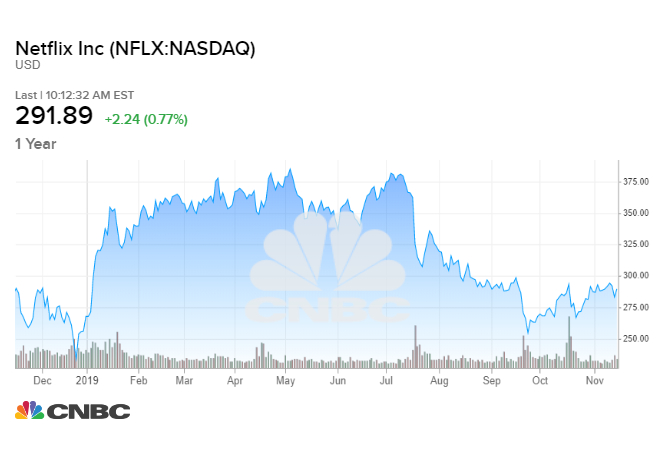 Icahn disclosed he has a stake of about 4% in HP, and he reportedly has pushed Xerox to bid for the printer company. Icahn holds nearly 11% of Xerox. Bilson said he had noticed the HP investment in the second quarter filing.

“We were confident it was an activist and any simple exercise of connecting the dots would have put that together,” he said. “We definitely mentioned that on Oct. 2 and then after the Journal had the story that Xerox had made this approach, we teed it up again and we said we thought he was on both sides of the trade.”‘

Likewise, he figured out that Occidental was getting help from Warren Buffett, after he learned the Occidental Petroleum corporate jet had landed in Omaha. Buffett bought a preferred stake in Occidental, helping it fund its bid for Anadarko.

—With reporting by Michael Bloom