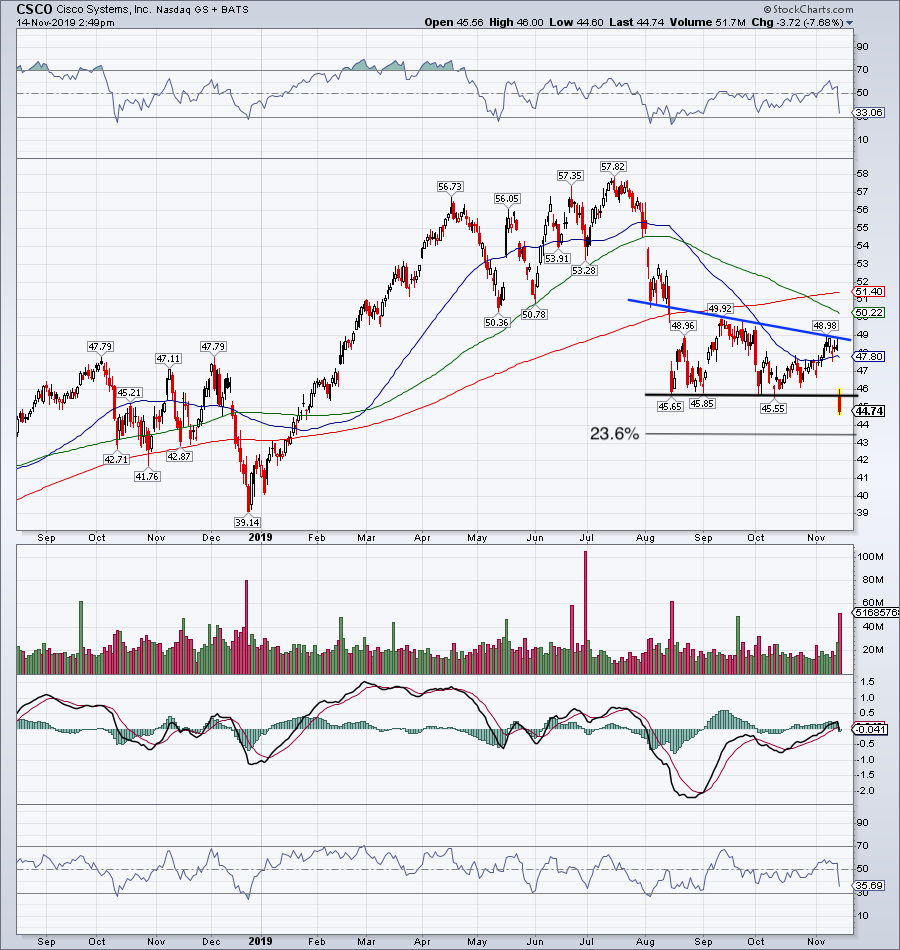 Investors took pause on Thursday, as equities cooled off a bit and a few key earnings reports rolled in. Let’s take a closer look at a few top stock trades going into the end of the week.

Cisco Systems (NASDAQ:CSCO) is getting hammered after reporting earnings. Shares are down more than 7% and have been for most of session.

Below $46 does not bode well for CSCO. That area has been support since August. A series of lower highs (blue line) was squeezing Cisco lower, but a positive earnings reaction could have ended that trend.

On the upside, see if CSCO reclaims $46. Above that level, the 50-day moving average is possible. 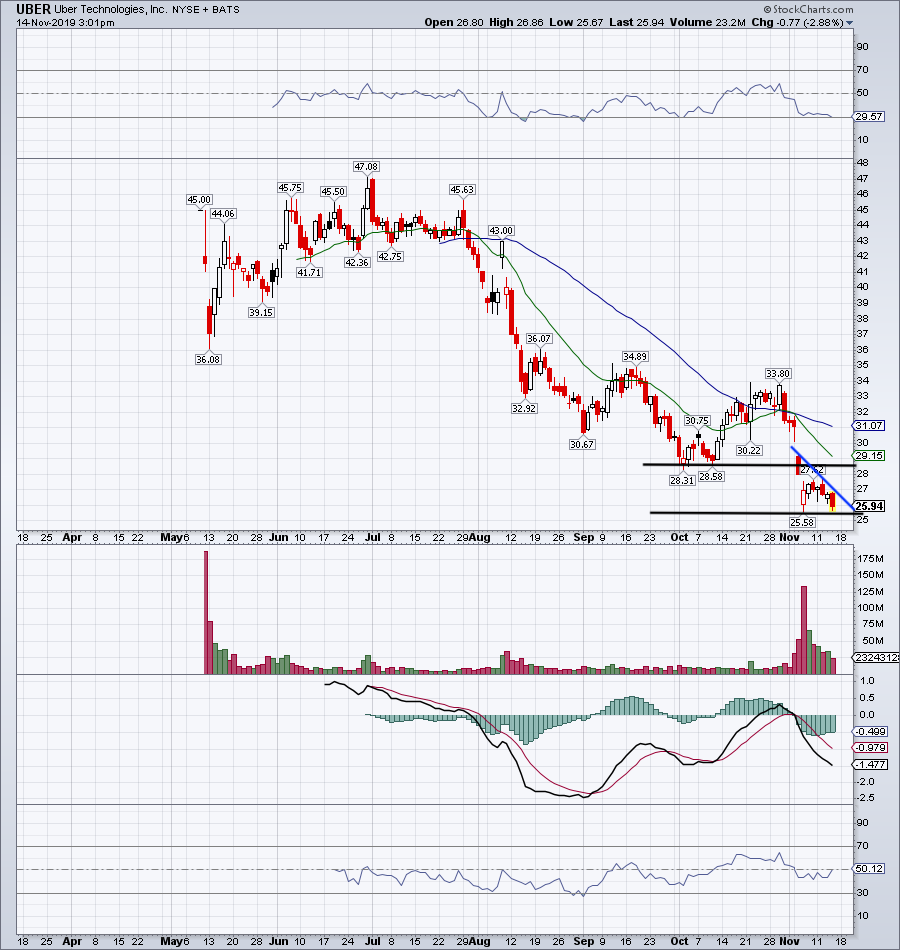 Uber (NYSE:UBER) stock is just a hair above its 52-week lows. When Uber reported earnings earlier this month, we noted the decisive move the stock made through its recent lows.

That set the tone for a collapse down to $25.58, the current all-time low. Just above that figure now, Uber is setting up for a make-or-break situation.

Either the recent low holds as support and Uber rebounds or it doesn’t and shares continue to break down. The stock is down almost 50% from the 52-week high of $47.08, and investors seem to want nothing to do with Uber.

A look-below-and-fail is possible — where Uber stock briefly breaks to new lows and snaps back — but until shares are able to reclaim the $28.50 area, Uber looks unattractive on the long side. 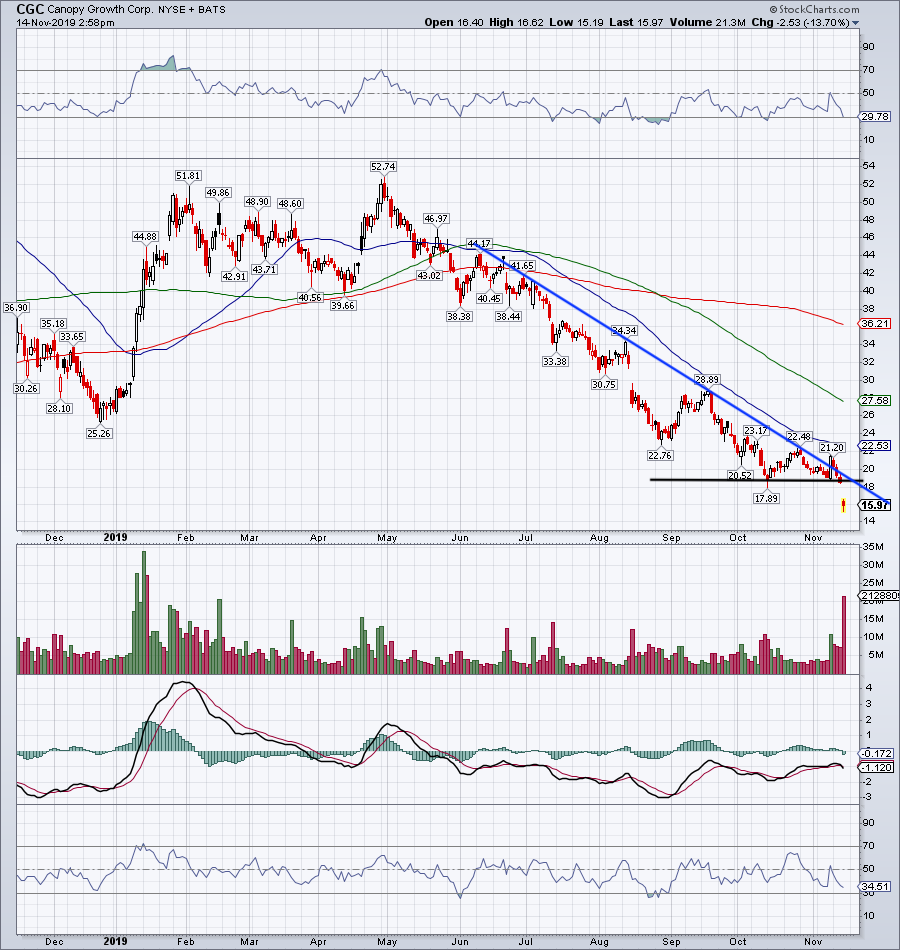 Just recently, we thought Canopy Growth (NYSE:CGC) could be putting in a bottom. Shares were finding support near $18 for about a month, and after a big rally, had actually taken out downtrend resistance (blue line).

Now though, shares are being walloped on earnings, down more than 13%. The move sends Canopy to new 52-week lows and well below recent support.

This one is a no-touch for me, as it is firmly in no man’s land.

If it can reclaim $16.75 — a significant area on the multiyear chart — then perhaps we could get a rebound back up to the 200-week moving average near $19.70 (not shown above). But wait to see the strength first, there’s no need to be a hero. 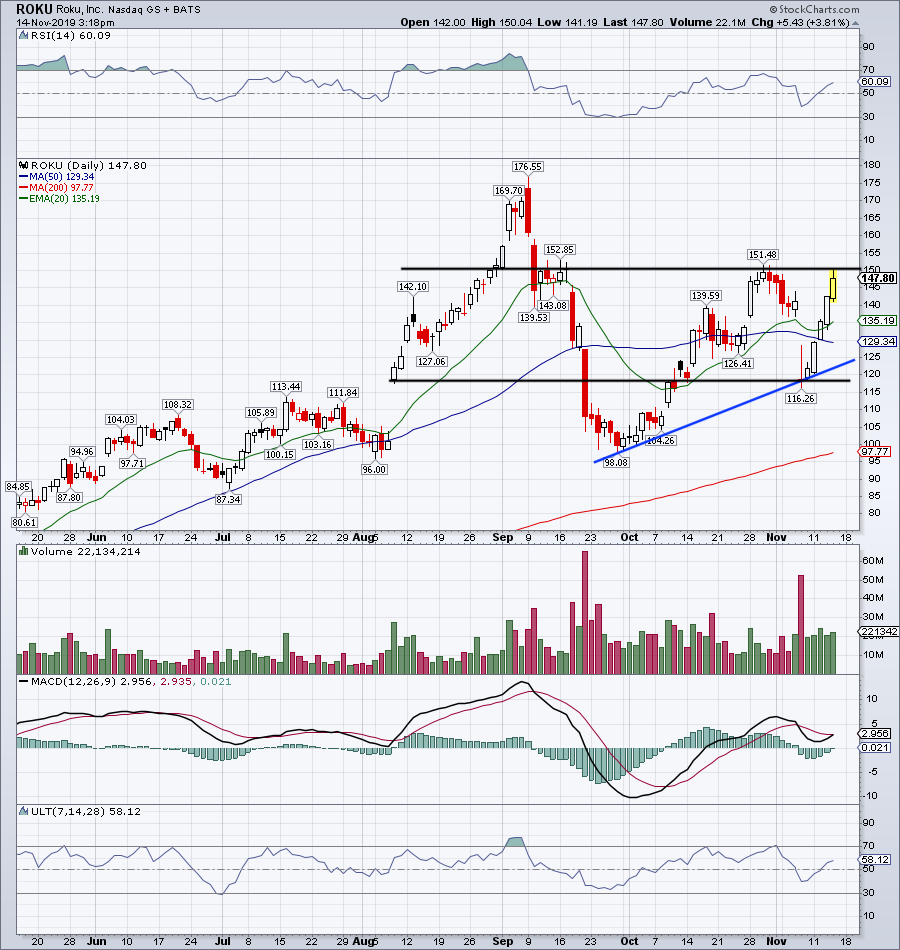 What a beast Roku (NASDAQ:ROKU) has been. The stock gave short-term traders an excellent red-to-green setup on Thursday morning, as it continues to move well from its post-earnings low.

The August gap-up near $118 held on the post-earnings gap down last week. Since then, shares are up about $30 apiece.

Now, $150 could either act as the brakes to the recent move or the accelerator back up to $160-plus. If Roku pushes higher, it would be encouraging to see $150 act as support on a pullback. If $150 acts as resistance now, see where buyers step in, perhaps at the 20-day moving average.