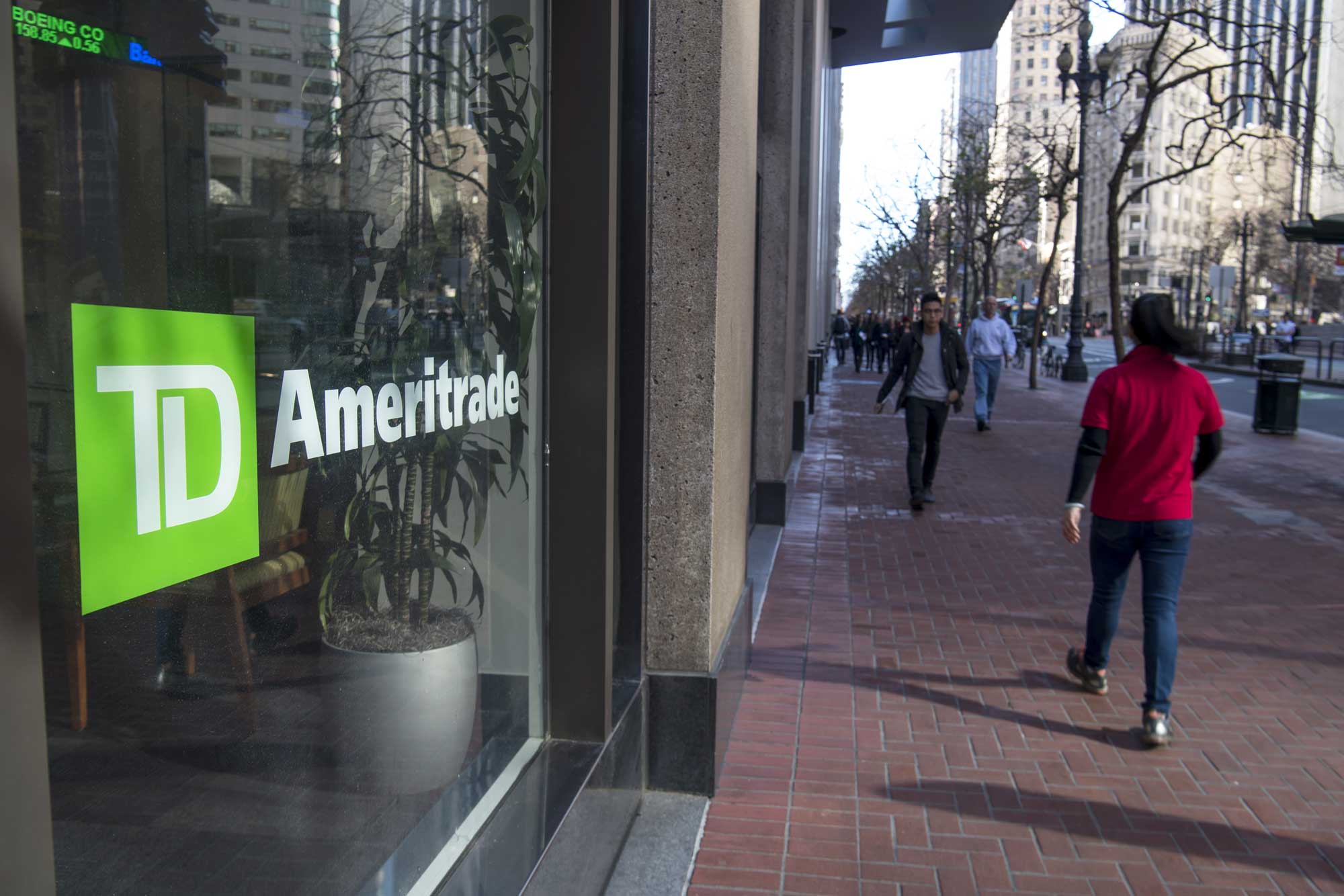 Pedestrians pass in front of a TD Ameritrade location in San Francisco, California.

Check out the companies making headlines in the premarket Thursday:

TD Ameritrade, Charles Schwab — TD Ameritrade shares surged more than 25% in the premarket after a source told CNBC’s Becky Quick the discount broker was in talks to be acquired by Charles Schwab. A deal between the two companies would create a company with $5 trillion in combined assets. Schwab shares jumped more than 11%.

Macy’s — The retailer reported earnings per share of 7 cents, topping analyst expectations of breakeven results. However, Macy’s also posted a weaker-than-expected revenue for the quarter while its same-store sales disappointed investors, sending the stock down nearly 6%.

Sonos — The speaker maker reported a fiscal fourth-quarter revenue that exceeded analyst expectations, sending the stock up 3.5%. Sonos reported sales of $294.2 million for the quarter while analysts polled by Refinitiv expected revenue of $289.1 million.

Tiffany — Reuters reported, citing sources, that LVMH persuaded Tiffany into providing it with confidential due diligence after increasing its acquisition bid to $130 per share from $120. Tiffany shares were up more than 3% in the premarket.

PayPal — The payments company is buying Honey, a tool best known for helping consumers find deals online, for $4 billion. This is PayPal’s biggest acquisition ever.

KLA — An analyst at UBS downgraded KLA to sell from buy, citing a “peaking” run-rate for some semiconductor stocks. “Foundry/logic is the most extended and vulnerable to these run-rate headwinds and memory WFE remains very healthy, but we nonetheless see downside for the entire group,” the analyst said.

RH — Loop Capital downgraded the furniture company’s stock to hold from buy amid concerns its valuation may be stretched. “With the stock trading at 14.8x our F2020 diluted EPS estimate, we believe upside potential and downside risk are fairly balanced at current levels,” the analyst said.

L Brands — L Brands posted quarterly numbers that were largely in line with analyst expectations, sending the stock up more than 5% in the premarket. The Victoria’s Secret parent company also reaffirmed its full-year earnings guidance.