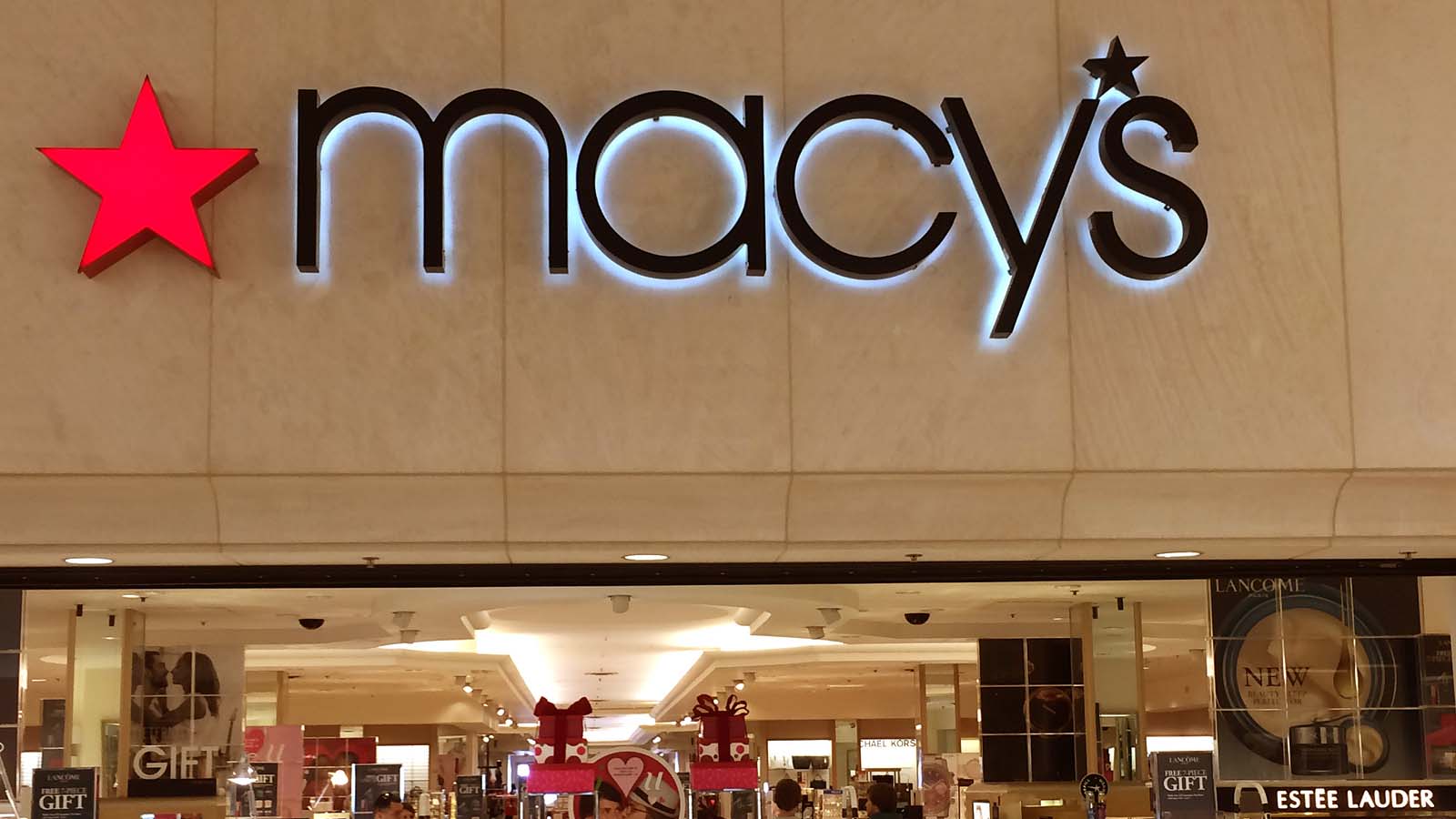 If you happen to be a shareholder of department store giant Macy’s (NYSE:M), you’re seeing red: lots of it. Prior to the iconic retailer’s third-quarter earnings results, investors viewed the disclosure with much anxiety. As one of the last bastions of the big brick-and-mortar shopping centers, the company had an opportunity not just to lift M stock, but also bring credibility to the segment.

Unfortunately, management failed quite miserably. Against a break-even expectation for earnings per share, the retailer delivered 7 cents. But for Macy’s stock, the good news ended there. When it came to revenue, Macy’s could only muster $5.17 billion against the consensus $5.32 billion target. Even worse from an optical perspective, the company rang up $5.4 billion in the year-ago quarter.

Additionally, the Q3 report’s granularity continued to scare off investors and prospective contrarians. Most alarmingly, “Sales online and at Macy’s owned and licensed stores open for at least 12 months were down 3.5%, worse than the 1% decrease analysts had expected,” according to CNBC. Not surprisingly, M stock slipped on the disclosure.

Further adding to the gloomy environment, management cut its full-year sales and profitability guidance. Although RetailMeNot forecasts that 80% of shoppers plan to visit physical stores, the reality is that most of these folks will likely shop at big-box retailers like Walmart (NYSE:WMT) or Target (NYSE:TGT). In other words, Macy’s stock is losing relevance with the modern consumer.

And if the Macy’s earnings results weren’t enough to dissuade you from M stock, the company suffered a damaging data breach. Hackers embedded malware to one of Macy’s webpages, potentially making off with shoppers’ personal data.

Shockingly, though, these aren’t the biggest problems for Macy’s stock.

Even though the Macy’s earnings report was terrible, a miss here or there can be forgiven. And while the data breach is ugly, remember that Americans have short attention spans. Besides, this isn’t the first time that a retailer suffered a breach and it won’t be the last.

Therefore, as awful of a week the company is having, disappointing performances or events are not always deal breakers. What can kill investor sentiment, though, is losing a pivotal market. For Macy’s stock, nothing is more vital than the apparel and related accessories market. It’s really the only reason to visit Macy’s and rival Nordstrom (NYSE:JWN) these days.

For the viability of M stock, apparel is critical because it theoretically provides a moat against Amazon (NASDAQ:AMZN). When it comes to clothing, you want to try it on to make sure that it suits you before purchase. And that doesn’t lend well to the online format.

Between 1992 through 2007, the apparel and accessories industry grew at an impressive rate, gaining nearly $6.4 billion of revenue a year. Subsequently, M stock saw its average price move from less than $5 to $25.49 over the same period.

However, between 2014 through 2018, the apparel industry declined noticeably, with the growth rate dropping to a gain of $4 billion annually. Not surprisingly, Macy’s stock dropped from an average price of $46.78 to $30.54.

Worryingly, the latest data indicates that the apparel industry’s growth rate is still declining noticeably. Given this context, no one should be surprised that M stock has disappointed investors.

More importantly, I don’t see a reason to gamble on shares. Because American consumers no longer care as much about branded fashion, Macy’s stock is irrelevant. Further, individual fashion producers are starting their own direct retail channels.

The One Bright Spot

As far as I can see with the latest data, the only opportunity for M stock is to trade it. Because the expectations are now rock bottom for the retailer, any positive news could skyrocket shares.

Plus, we’re in the holiday season now. If you’re going to gamble on any retailer, now until the next earnings report is the time to do it.

That said, I’d like to caution against holding Macy’s stock longer than you should. In the above chart, you’ll notice that on a long-term scale, the equity appears to be charting a broadening wedge. Interestingly, technical analysts consider this pattern generally bearish for long-term investors but bullish for swing traders.

Basically, M stock has turned into a roulette table. If you’re not a Vegas regular, you should probably stay away.