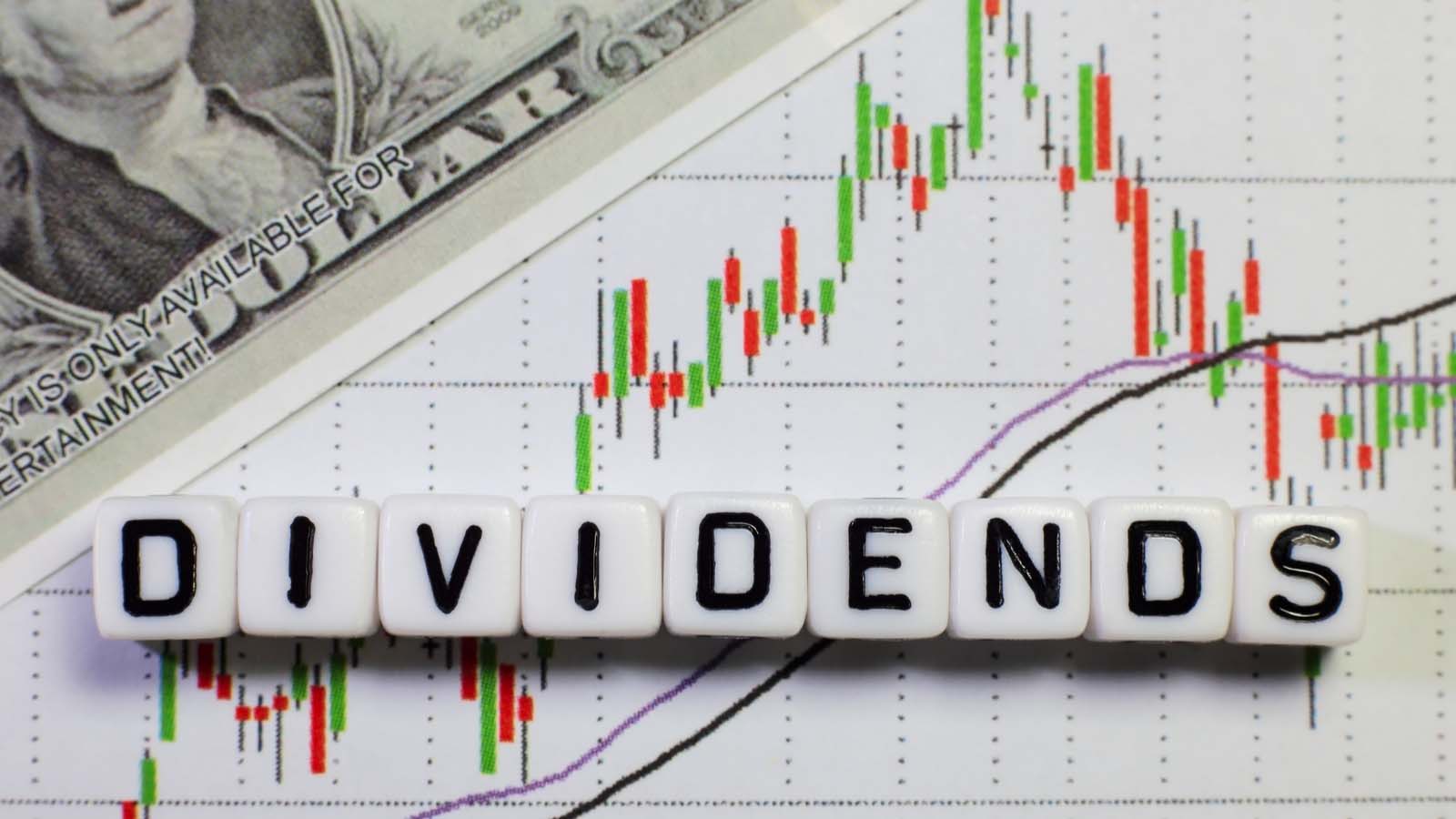 One of the bigger challenges for investors in the U.S. stock market is the increased concentration of larger stocks into many leading and widely followed indexes. And those indexes, in turn, have become the underlying basis for bigger exchange-traded funds (ETFs). The impact of this is that a handful of large-capitalized stocks drives the stock market, and conversely, the stock market can drive individual stock prices of those large cap companies.

This can be a good thing in the near term. If the market is rising, even companies with questionable fundamentals can be lifted up. But that size can be a double-edged sword for a portfolio, as large-cap stocks can be sold off just as easily in a downward wave.

And if the dividends are indeed very large, I don’t necessarily care if the market ever finds them. After all, I get to keep buying the stock at lower prices until they get discovered.

Here are four stocks that I’ll share with you that are not well-followed and pay ample dividends — with the understanding that you’ll keep them to yourself.

Compass Diversified Holdings (NYSE:CODI) is set up under the Investment Companies Act of 1940, which provides for the company to be listed on the exchanges as an investment holding company. And as a holding company, it is not subject to corporate income taxes. That means there is all the more cash to feed nice dividends for its shareholders.

As a holding company, it is run much like a private equity company. It buys small-to-midsize operating companies and works with management to improve revenues and control costs and build up value. And at some point, it will sell the companies, take the profits and redeploy the proceeds into new investments in other companies.

It might also be compared to the much larger Berkshire Hathaway (NYSE:BRK.A, NYSE:BRK.B), at least in its early days when Warren Buffett used to focus on smaller companies with lots of cashflows.

Compass focuses on two major areas of companies in its investments — consumer goods and industrial goods and services. In turn, each of the companies in either area have very strong brands for quality and desirability.

The shares have returned over 100% in just the past five years alone.

This return is a combination of price appreciation and the ample dividends. The dividend distributions paid quarterly are currently running at 36 cents per share for a yield of 6.5%.

The company has revenues which, for the trailing year, are up 33.2%. And with nice margins, the return on equity is a whopping 43.8% and the return on the company’s capital is an also impressive 18.6%. And it has lots of cash on hand and debts that are modest at 46.5% of assets.

But despite the great numbers and the great stock performance, it is still a bargain. The stock is valued at a discount of 20% of trailing sales.

Covanta Holding Corporation (NYSE:CVA) is a big problem solver for the economy and society. In the U.S., we continue to generate piles of trash, from shopping bags to Amazon (NASDAQ:AMZN) delivery boxes and everything in between. And while many like the concept of recycling, it doesn’t work very well. Back in 2018, China banned the import of recycling materials. As the largest sorter of trash for recycling, that meant that recycling went from being a low-cost, sometimes profitable venture to a higher-cost, not-going-to-happen process. Hundreds of municipalities around the U.S. have canceled recycling, sending more trash to landfills.

Covanta, under municipal contracts, collects or accepts trash and former recycling and incinerates it into green energy. It then sells that energy back to municipalities and the wholesale power market. And the metals which are left in the cinders are also sold off for additional cash.

The company’s stock has delivered a return of 43.5% over the past 10 years, including a nice dividend. The dividend distribution is currently running at 25 cents per share for a yield of 6.9%.

Revenues are continuing to rise, with the trailing year seeing gains of 6.6%. Running much like a nice predictable utility, its operating margins are okay at 3.4%. That in turn feeds a modest return on the company’s overall capital of 3.9%. It has ample cash on hand for liabilities and its debt level is manageable at 64.9%. But the company is working to decrease its debts and has newer investments by and co-ops with some major global infrastructure investment companies including from Macquarie (OTCMKTS:MQBKY).

And the stock of the company is particularly cheap compared to traditional utilities, as it is valued flat to trailing sales.

Hercules Capital (NYSE:HTGC) is also set up under the Investment Companies Act of 1940 as a holding company, as well as the Small Business Investment Incentives Act of 1980. As such its corporate income taxes are limited for more cash for dividends.

Hercules is what I refer to as an alt-financial company. It provides loans and financing to companies much like a commercial bank used to — but with substantially less regulatory costs and challenges. And unlike a traditional commercial bank, it also can and will take equity stakes in the companies which it finances. That makes it more like merchant banks of old.

In addition, it also provides guidance to its financed companies and other assistance so that it also acts much like a venture capital investor.

Based in Palo Alto, California — the tech mecca for U.S. innovations — Hercules’ sole focus is technology companies. It goes around finding great innovative companies at various stages and then works with them to come to an eventual exit strategy either in an IPO or a takeover. And its past and current deals are a who’s who of bold-faced tech names

Revenue is up 8.80% over the trailing year. And the company has a very high net interest margin (NIM) of 9.40% meaning that it has a wide margin between its funding costs and its interest earned from its financing tech companies. And it works well in its operations with an efficiency ratio of 52.50% which measures how much it costs as a percentage of each dollar earned. This level compares well against commercial banks.

Debts are reasonable at only 49.5% of assets and access to capital is good — as further evidenced by the NIM.

And despite the stock performance and the good dividend, the stock is only valued at 1.35 times its very impressive book of business.

TPG Specialty Lending (NYSE:TSLX) is a non-traditional financial which makes loans to companies and other entities, much like traditional bank. But unlike traditional banks, alt-financials have much less regulatory challenges and costs so that margins are better, and they continue to grab more and more business away from their competitors in banking.

TPG is part of was called Texas Pacific Group a leading private equity company which gives it a great deal of reach for clients as well as eased access to credit.

TPG Specialty Lending makes loans and other financial investments in middle-market companies primarily located in the US. So, they are at the core of what banks used to dominate. And they do it all very well.

Revenues are up over the trailing year by 24.2%, and it earns those numbers very efficiently. Its net interest margin, which measures its cost of funds against its interest earning loans, is multiple times of the average for U.S. banks at 10.2%.

And with less regulatory burden, it can operate on the cheap. Its efficiency ratio, which measures how many cents it costs to earn a dollar, is a fantastic 31.5%. That means it costs only 31.5 cents for each dollar earned. This is half as much or more than what it costs regular banks.

This delivers a return on equity of 12.00% and a return on assets of 6.40% – again much better than traditional banks.

And since it is set up under the Small Business Investment Incentive Act of 1980, it avoids most Federal income taxes, making for more cash for dividend income. And that income is ample, with the standard dividend yielding 7.2%. But it gets even better, because the company regularly pays special dividends on an ongoing basis throughout the year — so the current 12-month dividend yield actually is running at 8.21%.

But if you think that the stock might be expensive as it has returned 26.24% year to date – it is not. As the stock is only valued at a meager 1.30 times its book value of loan and other assets making it a bargain compared to reasonably performing traditional banks.

Now, that I have shared a handful of some of my favored small cap stocks with bigger dividends, perhaps you might take a look at my Profitable Investing at www.pofitableinvesting.investorplace.com.

In addition, you can also sign up for my free weekly ezine — the Income Investors Digest.

And for a series of income ideas – take a look at my recently published book, Income for Life which covers sixty-five income streams in nearly 400 pages that anyone can get. And I’ve written them all up in a simple and engaging way that are easy to understand and follow.

For more information on my book, Income for Life click here. As noted, it is nearly 400 pages of income producing investment strategies for all weather economic conditions as well as additional income producing ideas that anyone can use successfully.

Neil George was once an all-star bond trader, but now he works morning and night to steer readers away from traps — and into safe, top-performing income investments. Neil’s new income program is a cash-generating machine…one that can help you collect $208 every day the market’s open. Neil does not have any holdings in the securities mentioned above.