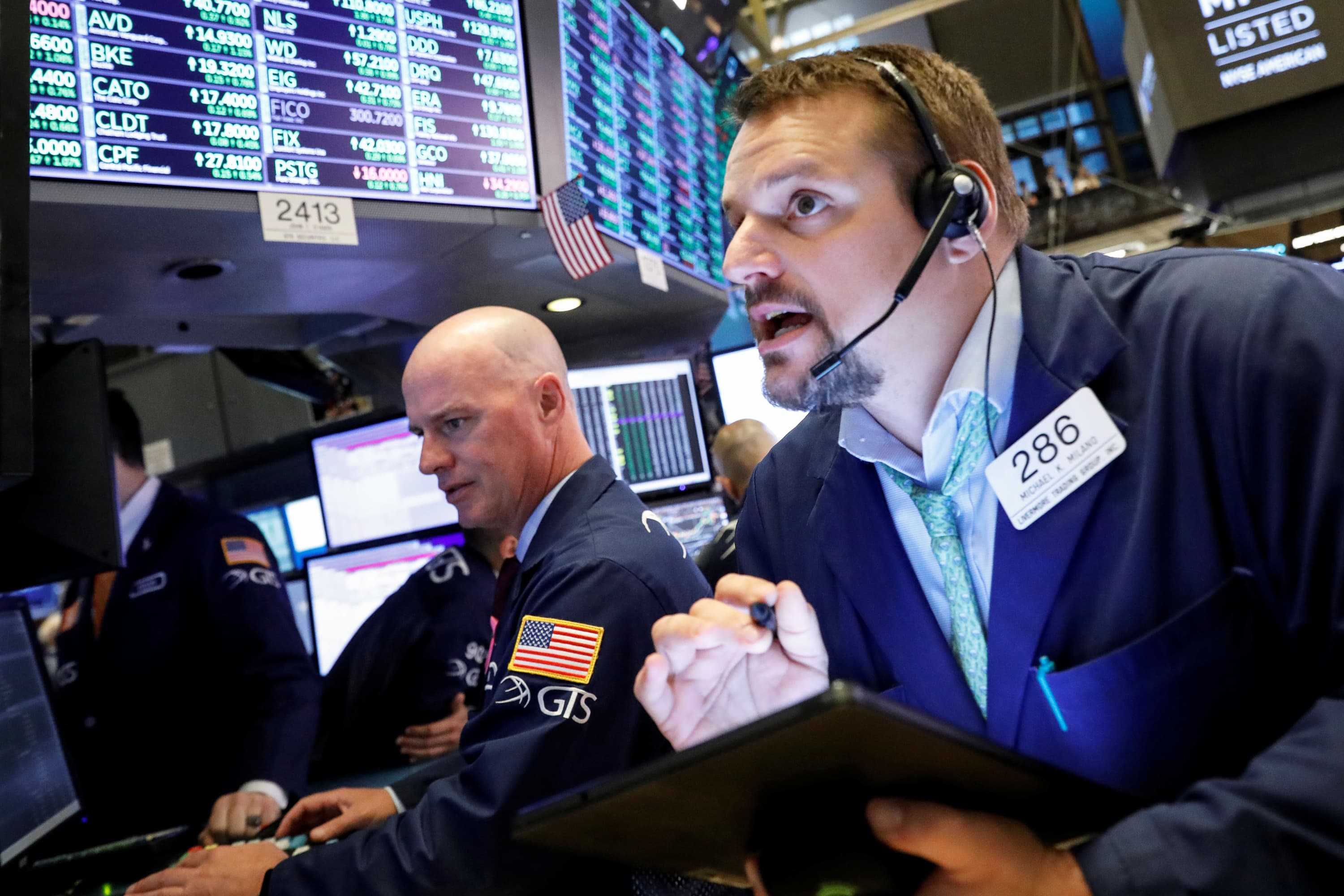 Check out the companies making headlines before the bell:

Deere (DE) – The heavy equipment maker reported quarterly earnings of $2.14 per share, a penny a share above estimates. Revenue also topped forecasts, however Deere said its results continue to be affected by lingering trade tensions and ongoing uncertainties in the agriculture sector.

Boeing (BA) – The Federal Aviation Administration said it would now take sole responsibility for inspecting and signing off on any newly manufactured 737 Max jet before delivery to airlines. Boeing had previously been permitted to perform those functions. The move does not affect any of the 737 Max jets that were already in service but could signal further delays in a return to service for the grounded jet.

Dell Technologies (DELL) – Dell reported quarterly earnings of $1.75 per share, 13 cents a share above estimates. The computer maker’s revenue came in below Wall Street forecasts, however, and it cut its full-year revenue forecast as it tries to deal with a shortage of chips from supplier Intel (INTC).

Guess (GES) – Guess reported quarterly profit of 22 cents per share, 4 cents a share above estimates, but missed top-line forecasts. The apparel retailer also lowered its revenue outlook, but raised the lower end of its projected adjusted earnings range. Comparable-store sales in the Americas region fell 3% during the quarter.

VMWare (VMW) – VMWare came in 6 cents a share above estimates, with adjusted quarterly earnings of $1.49 per share. The software provider’s revenue also came in above forecasts and the company issued a better-than-expected sales outlook for the current quarter.

HP Inc. (HPQ) – HP beat estimates by 2 cents a share, with quarterly profit of 60 cents per share. The computer and printer maker’s revenue also came in above analysts’ projections despite printing business weakness. The company raised its full-year earnings forecast as well.

Tesla (TSLA) – Tesla CEO Elon Musk indicated in a tweet that the automaker has received 250,000 orders for its electric pickup truck, although that number was not immediately confirmed by the automaker.

Apple (AAPL) – Apple has asked its Chinese manufacturer Luxshare to double production of its AirPods Pro earphones, according to the Nikkei Asian Review. Such a move would increase production to 2 million units per month in China.

Autodesk (ADSK) – Autodesk reported quarterly profit of 78 cents per share, 6 cents a share above estimates. The design software maker’s revenue also came in above forecasts, however the company issued weaker-than-expected guidance for the current quarter.