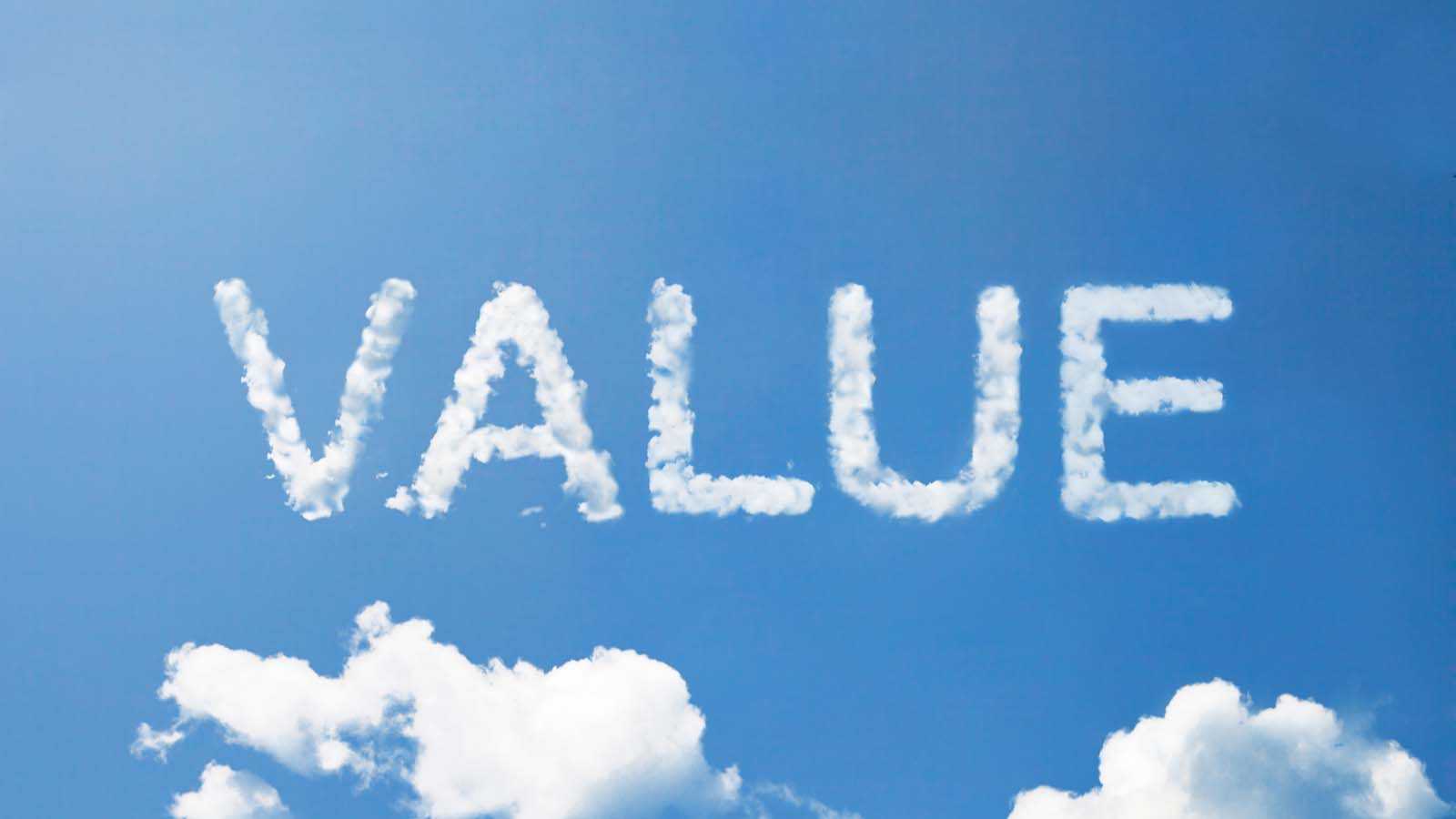 The stock market is hitting new all-time highs. With it, many of investors’ favorite stocks are becoming rather expensive. There are certainly fewer cheap value stocks today than there were last December, that’s for sure.

Regardless, it’s time to start sleuthing out some of the market’s best holiday deals before the new year kicks off. Here are seven value stocks that need to be on your radar now.

Like several of the companies on this list, Intel (NASDAQ:INTC) is currently dogged by trade war concerns. The lack of certainty around the future of U.S.-China business relations puts a crimp on semiconductor spending. This has caused INTC stock to stall out just below the key $60 resistance level yet again, despite sharply improving operating metrics in recent quarters.

Even as Intel stock has moved higher in recent years, the price-to-earnings ratio has failed to expand to any meaningful degree. Now, at $56 per share, Intel sells for just 12 times forward earnings. Intel’s earnings, you should remember, are up from less than $2.50 per share in recent years to more than $4 per share today. Yet the market is still pricing Intel as though it were a little-to-no growth business.

This idea that Intel is just a stagnant PC chip business really needs to be retired. The company has heavily invested in all sorts of new growth avenues to move beyond its legacy cash cow. Intel’s strides in autonomous vehicles are particularly impressive. Yet, it still sells at a bargain-bin price. All the better for investors buying Intel stock today, however. Intel pays a healthy dividend and has bought back more than 1 billion shares of INTC stock over the course of this decade.

Sooner or later, the market will catch on to the huge earnings growth and capital return story that Intel is offering its shareholders.

Beloved by Warren Buffett and known for its sterling reputation, Wells Fargo (NYSE:WFC) used to be the cream of the banking crop. Then the scandal headlines and customer lawsuits started hitting and Wells Fargo’s reputation went from outstanding to infamous virtually overnight.

With it, so did Wells Fargo’s valuation. Despite a roaring stock market in general and earnings growth at Wells Fargo over the past five years, WFC stock has gone absolutely nowhere. Five years ago in December, WFC stock sold for $55 per share, now it is at $54. In that time, it’s gone from being highly priced to being a deep value stock.

Why is it time to forgive WFC for its mistakes and buy into the story today? For one, all the old management has been cleaned out. The company has gotten rid of those with ties to the scandals and brought in highly respected former Visa (NYSE:V) CEO Charles Scharf. Two, the company is set for massive earnings growth in coming years. It is buying back 10% of its stock annually, which boosts earnings per share.

Plus, Wells Fargo has billions in extra legal and compliance costs right now related to the bad customer practices of yesteryear. As those costs wind down going forward, profits will surge. Even assuming flat revenues due to the difficult interest rate environment, Wells Fargo should be able to get to $6 of EPS over the next two years, which would lead to 35% upside for the stock assuming a reasonable 12x-13x P/E ratio.

Most investors hate energy stocks right now. It’s not hard to see why; oil prices crashed in 2014 and have failed to meaningfully recover since then. Meanwhile natural gas has been getting more and more oversupplied with every passing year. Energy prices have been in steady retreat, so the industry has faced a calamitous downturn. Smaller exploration and production companies have been going bankrupt in droves, and things haven’t been looking too good for the midstream pipeline companies either.

Don’t throw out the baby with the bathwater though. The major oil companies are still great investments. In fact, the longer oil prices stay down, the better the oil majors will do when the cycle finally turns up again. That’s because the shortage of capital in the industry now is forcing severe layoffs and cutbacks on expansion plans. In future years, supply will drop significantly thanks to the absence of new production efforts. On top of that, the majors have been buying up assets on the cheap to take advantage of current market conditions.

That’s where Suncor (NYSE:SU) comes in. The Canadian integrated oil giant has been quietly building an oil sands production and refining empire over the past decade. Oil sands have become one of the world’s cheapest sources of oil, with Suncor producing for just $25 per barrel or so. It also has supplies to last for many decades; oil sands, unlike shale, do not deplete quickly. Suncor’s refining capacity has also insulated it from low crude oil prices in North America as it can sell higher-value gasoline and other finished petroleum products.

Add it all up, and Suncor is a cash flow machine. It is offering a 12% cash flow yield, giving it room to pay a 4% dividend yield which it tends to hike by double digits every year. The company also has enough left over to both buy back stock and pay down debt. When oil prices turn up, Suncor stock will be set for a massive rally.

Tobacco leader Altria (NYSE:MO) isn’t quite the cheapest of value stocks, at least not compared to a month or two ago. Altria shares have recovered from $40 to $50. But don’t think you’re too late, Altria is still a relative bargain today. Keep in mind that MO stock traded as high as $75 per share not that long ago.

It’s not hard to see why Altria stock crashed. The company has seen its cigarette sales volumes decline more aggressively in recent years; the annual declines have moved from low single digits to closer to 5%. This makes it hard to keep revenues flat or increasing merely from price hikes. Altria seemingly panicked as a result, and paid way too much for its minority stake in vaping leader Juul. Investors have punished Altria mercilessly for this ill-timed blunder. As the federal government has cracked down on vaping, Juul’s valuation has sunk.

However, the worst is over for MO stock. See, the bears can’t have it both ways. If cigarette sales decline sharply, people are going to want to get nicotine from another source, of which vaping is the easiest alternative. Meanwhile, if the federal government limits vaping too much, people will simply go back to cigarettes. As long as people crave their nicotine, Altria will get its revenues one way or another. The government has seemingly realized this, and is now backing down on some of the harsher vaping rules.

If cigarettes and vaping aren’t up your alley, how about beer? This brings us to Molson Coors Brewing (NYSE:TAP) which makes those namesake beer brands along with other well-known labels such as Miller and Blue Moon.

The company acquired 100% ownership of Miller along with many other assets in 2016 when Anheuser-Busch InBev (NYSE:BUD) acquired SABMiller and regulators forced the combined entity to sell off some brands for antitrust reasons. Molson Coors took advantage and grabbed these assets at a seemingly favorable price. However, it took on a lot of debt to complete the deal, and combined with weak sales in recent years, its financial results have underwhelmed.

This, in turn, has caused investors to dump TAP, making it one my favorite value stocks. It’s down from a high of $110 to just $51 now. However, the tide is starting to turn. The balance sheet is getting stronger, and management just rewarded shareholders for their patience with a gigantic dividend hike this year.

As a result, TAP stock now trades for just 12x earnings and pays a 4.5% dividend yield. The craft beer movement has already lost steam — craft is barely taking any additional share from big beer. It’s only a matter of time until Molson Coors gets revenue growth to kick in again, and the stock should move back up above 15x earnings, leading to sizable capital gains on top of the healthy dividend yield. 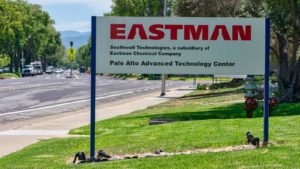 With its recent selloff, Eastman Chemical (NYSE:EMN) is back into the deep value stocks zone. EMN stock is now going for just 10x earnings. Traders have dumped shares of the former Eastman Kodak spinoff thanks to the trade war, which has caused a bit of an earnings slowdown. Eastman was originally supposed to make about $7.75 in EPS this year, now it will be closer to $7.20. Regardless, for a $75 stock, that’s fantastic.

Impressively, Eastman is on track to produce more than $1 billion in cash flow this year, meaning it is selling for less than 10x that metric. With all that cash, Eastman can pay a 3.3% dividend yield, buy back stock and pay down debt all at the same time.

Investors aren’t enthused for chemicals stocks right now because they are seen as cyclical. That, plus global trade concerns, have the sector in the penalty box. Make no mistake though, if this Federal Reserve easing cycle leads to any signs of an economic pick-up in 2020, these left-for-dead chemical stocks like Eastman should come roaring back. 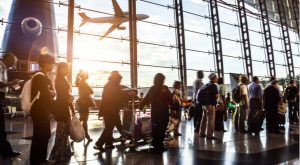 Finally, we get to the last of our value stocks, and this one is deeply under-followed. That’s because Corporacion America Airports (NYSE:CAAP) is both a fairly recent initial public offering, and a company whose operations are centered in Argentina. The IPO was unfortunately timed, as Argentina’s economy soon went into a tailspin after CAAP stock started trading on the New York Stock Exchange. To make matters worse, Argentina voted in a left-wing government this fall, triggering a rout on Argentine stocks.

Add it all up, and CAAP stock has hit massive turbulence dumping from the IPO of $16 per share to just $4 now. Oddly enough, given the fall in stock price, the actual business is still going reasonably well. The company has a healthy balance sheet, and passenger traffic is still rising across its portfolio of airports. CAAP gets about 60% of its airport traffic from Argentine airports, but it also has major holdings in Brazil, Italy, Ecuador and various other countries. As a result, the market has now crushed CAAP stock for a 75% loss despite the fact that only 60% of its business is in Argentina. Even if Argentina goes into an economic depression, the other airports should more than support the stock price here.

If the Argentina airports face a moderate decline in traffic, and the rest of the portfolio performs as is, the stock would be trading for less than 5x its earnings before interest, taxes, depreciation and amortization. That’s an insane price for an airport operator — publicly traded comparables in Mexico sell for around 12x EBITDA. European airport operators tend to sell for 15x-20x EBITDA. Currently, another emerging markets airport operator in Thailand is selling for nearly 25x. Just getting to 12x, where Mexican airports sell for, would cause CAAP stock to nearly quadruple from today’s prices.

There’s no guarantee it will happen, but the odds favor an upturn in sentiment toward Argentina rather than a further darkening from the already-despondent mood. When things turn back up, CAAP stock should soar.

At the time of this writing, Ian Bezek owned EMN, INTC, WFC, SU, CAAP, MO and TAP stock. You can reach him on Twitter at @irbezek.