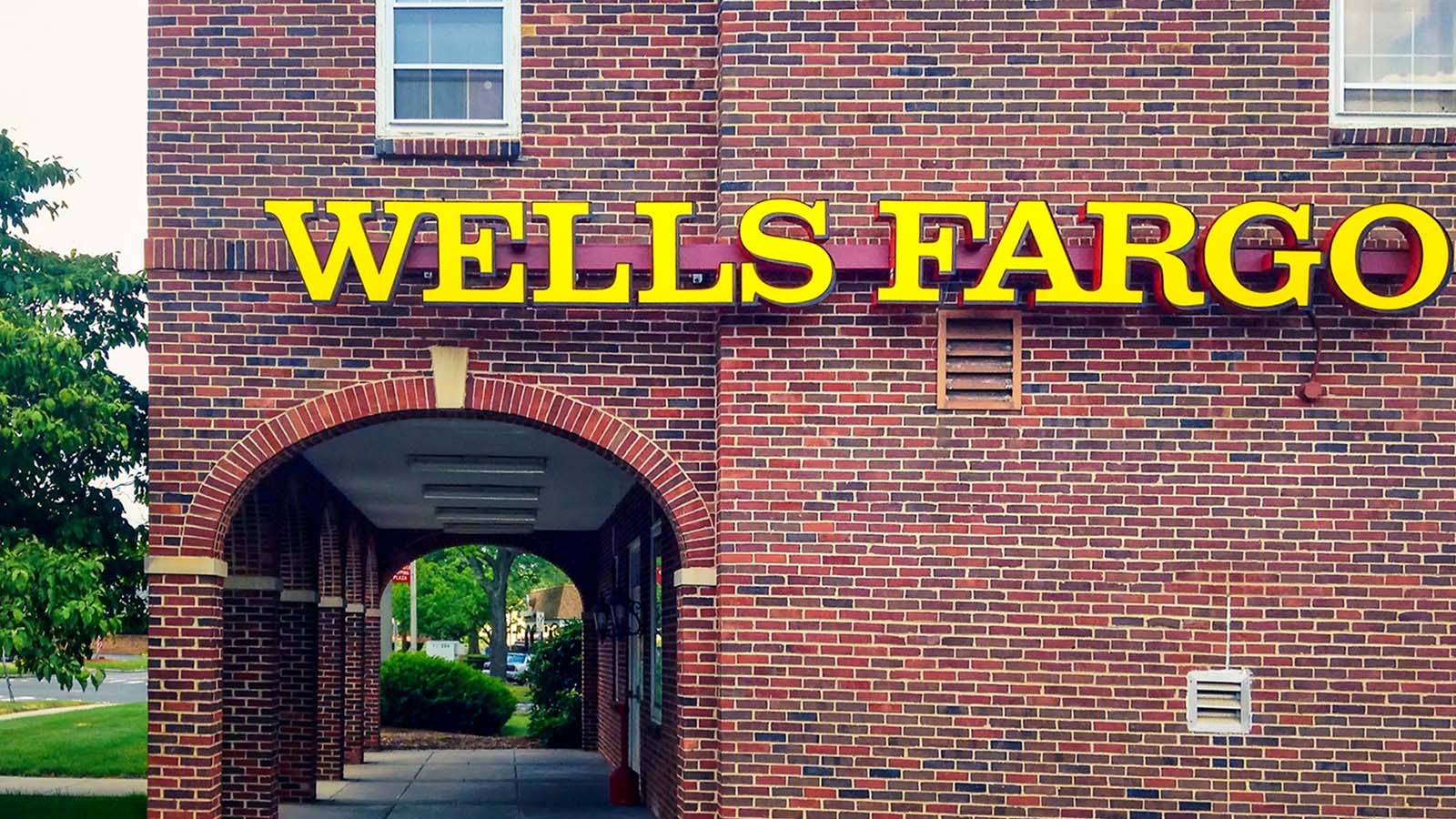 Wells Fargo (NYSE:WFC) stock has risen over 25% since its August lows. In late September, Wells Fargo announced it had hired a new CEO. And it’s safe to say that WFC stock has been on a sort of honeymoon hike since then. But for many investors, questions remain about its difficult fundamentals and relative valuation.

The market seems to believe that new CEO Charles Scharf can turn things around at Wells Fargo. He was poached from BNY Mellon (NYSE:BNY) where he was CEO. Scharf also served as the CEO of Visa (NYSE:V) and was a protégé of Jamie Dimon, the CEO of JPMorgan Chase (NYSE:JPM). Fortune Magazine wrote a glowing article about his expertise in running financial institutions.

But the truth is Scharf hasn’t really tackled a company with as many scandals as Wells Fargo. Most of his jobs have been with fairly well-established financial institutions.

Wells Fargo has had to deal with numerous scandals over the past decade. Fortune pointed out that these include a fake-accounts scandal, questionable mortgage and auto-lending practice and red flags in its foreign exchange and wealth management businesses.

A Raymond James analyst recently cut his rating on WFC stock to “underperform,” noting that he believes that with the company, “it will get worse before it gets better.” In Wall Street speak, that is the equivalent of a “sell” rating. 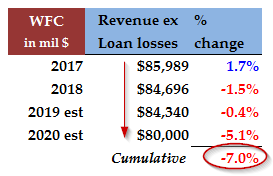 The analyst, David Long, said he expects revenue to contract for a fourth straight year in 2020. He also believes that Wells Fargo’s profitability in a number of areas will lag its competitors.

Moreover, he said that both JPM stock and Bank of America (NYSE:BAC) stock are cheaper than Wells Fargo stock.

I looked into these points. Based on estimates provided by Seeking Alpha, 14 analysts expect revenue of just $80 billion (after loan loss provisions) for 2020. This is 7% below the company’s $85 billion in 2017.

Analysts all predict positive revenue gains for WFC’s major competitors. This can be seen in the table to the right. The average cumulative revenue growth over the same four years is 15%, against WFC’s expected 7% drop.

As interest rates keep falling it’s very hard to make revenue rise. Wells Fargo has to become a more attractive place for people to borrow and deposit their money. It will have to erase its damaged image in order for revenue to rise.

Wells Fargo stock is more expensive than the average of its peers. The table below shows that the average forward price-to-earnings ratio for its competitors is 11 times. This is lower than Wells Fargo’s 12.6.

Others point out that Wells Fargo has a robust share buyback policy. That is true. Wells Fargo’s capital plan, approved in June by the Federal Reserve, calls for buying back up to $23 billion worth of its shares. That represents about 10% of its market value. Obviously that accounts for a huge portion of the spike in the Wells Fargo stock price since then.

But JPMorgan also got approval for a huge share buyback. Its approved plan is for up to $29.4 billion in share repurchases. Although that is a larger program than at Wells Fargo, it represents a lower 6.9% of JPM’s stock market value.

Wells Fargo is more aggressive with buybacks, but JPM stock is cheaper. I would rather take the cheaper stock.

But now Berkshire only owns 378.4 million shares. That is a reduction of 73 million shares or 16%, in half a year. I believe Buffett thinks it is overvalued.

Wells Fargo has not bought back 16% of its shares since March. For example, Berkshire would normally have to trim its stake to stay below 9.9% of the bank’s shares outstanding. Otherwise, it would need to get approval to be a bank holding company, according to federal regulations.

By my calculations, Berkshire Hathaway’s stake in Wells Fargo is now about 9%. This is despite the 5.9% lower number of shares outstanding at Wells Fargo since March. In other words, Buffett has sold into the Wells Fargo share repurchase program.

That should tell you a lot. Wells Fargo was the fourth-largest holding at Berkshire Hathaway. Maybe it isn’t as important to Buffett anymore.

Maybe you should sell too.