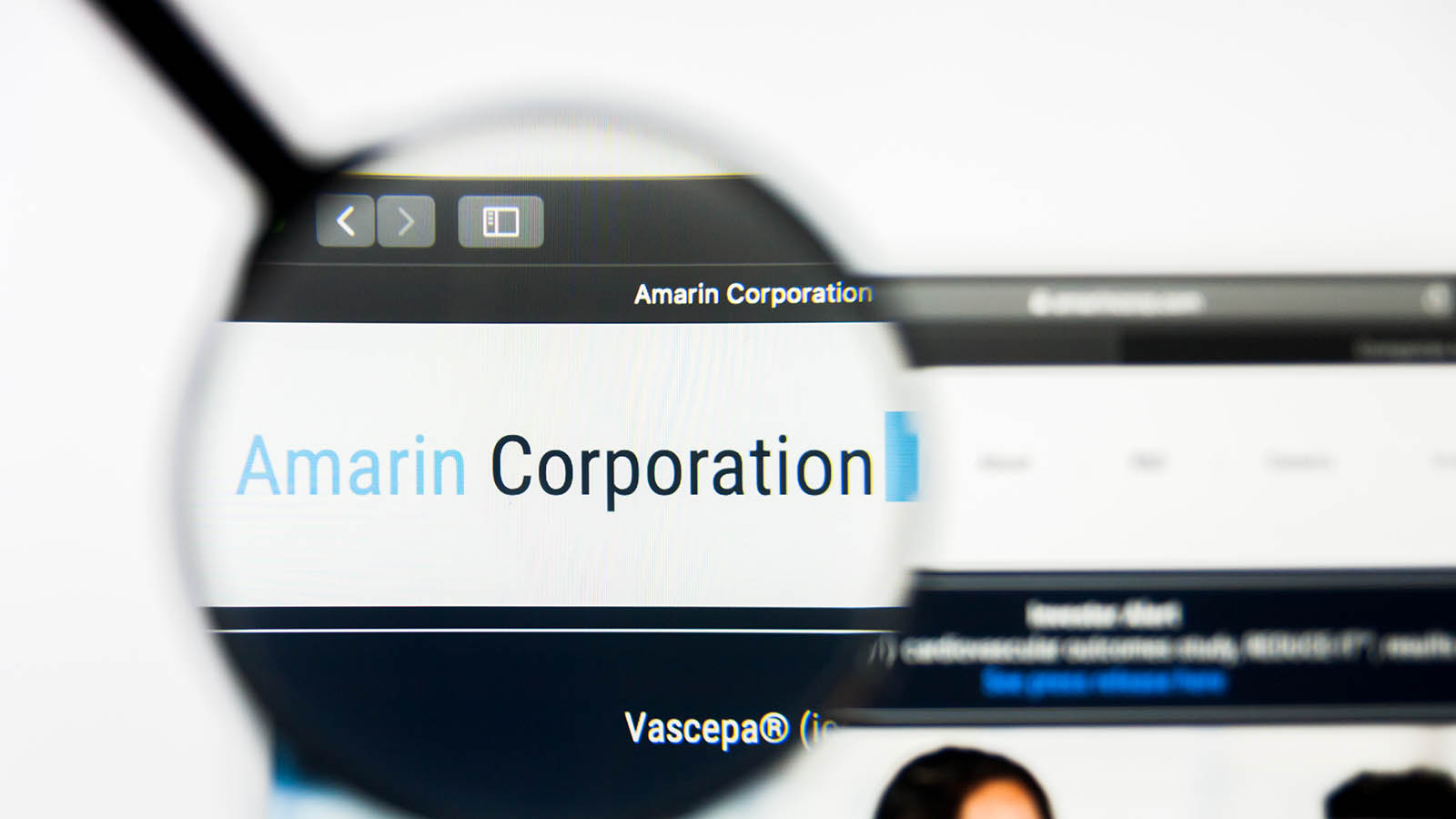 When it comes to the biotech market, it’s not easy to show consistently strong gains. But Amarin’s (NASDAQ:AMRN) shareholders have come to expect a certain level of outperformance.

Just look at the average daily return for the past five years: a sizzling 84%! To put this in perspective, Netflix (NASDAQ:NFLX) has gained 44% and Facebook (NASDAQ:FB) has returned 20% during the same period.

Despite all this, Amarin is not necessarily well-known. However, it definitely has an innovative team that has focused on lipid science for drug development.

This is key to Amarin’s success. Its lead drug, Vascepa, is a runaway success for the biotech firm. That said, it’s not without its share of risk.

Vascepa Is Huge for Amarin

Vascepa, which is targeted for patients with high levels of triglyceride,  is currently sold in the U.S., Lebanon and the United Arab Emirates. As expected, Amarin is looking to expand into other markets, including China, Canada and the Middle East.

Sure, as critics have pointed out, Amarin is a one-product company that faces fierce competition, such as from GlaxoSmithKline (NYSE:GSK). Also, it looks like AstraZeneca (NYSE:AZN) will make a play for the category. While it’s true that there are notable risks, the market opportunity is enormous. This means there is plenty of room for multiple players.

Amarin also has the benefit of being a specialist and a long-term operator in the market. In fact, this has led to perhaps an even bigger opportunity for the company.

Keep in mind that Vascepa has shown positive results in safely lessening cardiovascular disease that goes beyond cholesterol. This is according to two landmark studies during the past couple years. And if the FDA approves to expand it — which is expected in late December — then it could be a gamechanger. The drug would truly be unique, and it could also represent multi-billion-dollar potential in annual revenues.

Consider that in mid-November the Endocrinologic and Metabolic Drugs Advisory Committee (EMDAC) of the U.S. FDA voted unanimously to recommend the expanded use of Vascepa. It is true that this may not a binding decision, but it carries a lot of weight.

Here’s what Dr. Deepak Bhatt, an executive director of the Interventional Cardiovascular Programs at Brigham and Women’s Hospital Heart and Vascular Center, had to say:

“The REDUCE-IT results are quite remarkable and illustrate how icosapent ethyl could transform the treatment of cardiovascular disease in the United States and worldwide. From my perspective as not only a researcher but also a practicing physician, icosapent ethyl represents one of the most important developments in the prevention and treatment of cardiovascular disease since statins and, if FDA approved, will be a critical tool for physicians to use to help prevent cardiovascular events such as heart attack and stroke, including fatal ones, in high-risk patients.”

Even without the expanded use for Vascepa, Amarin has demonstrated an ability to scale its business. During the latest quarter, total revenue soared to $112.4 million — a 103% increase year-over-year.

A large increase in the number of new prescriptions of Vascepa is what drove this growth, including a rise in the average prescriptions per prescriber. Additionally, the company has also shown progress with its sales organization, which has seen faster-than-expected productivity from new reps.

With that said, Amarin is planning to double its sales force at the beginning of 2020.

Collectively, the new use of Vascepa is key as cardiovascular disease is the No. 1 killer in the U.S. with over 800,000 deaths per year . So while there are some risks, Amarin is likely to see much growth for years to come.