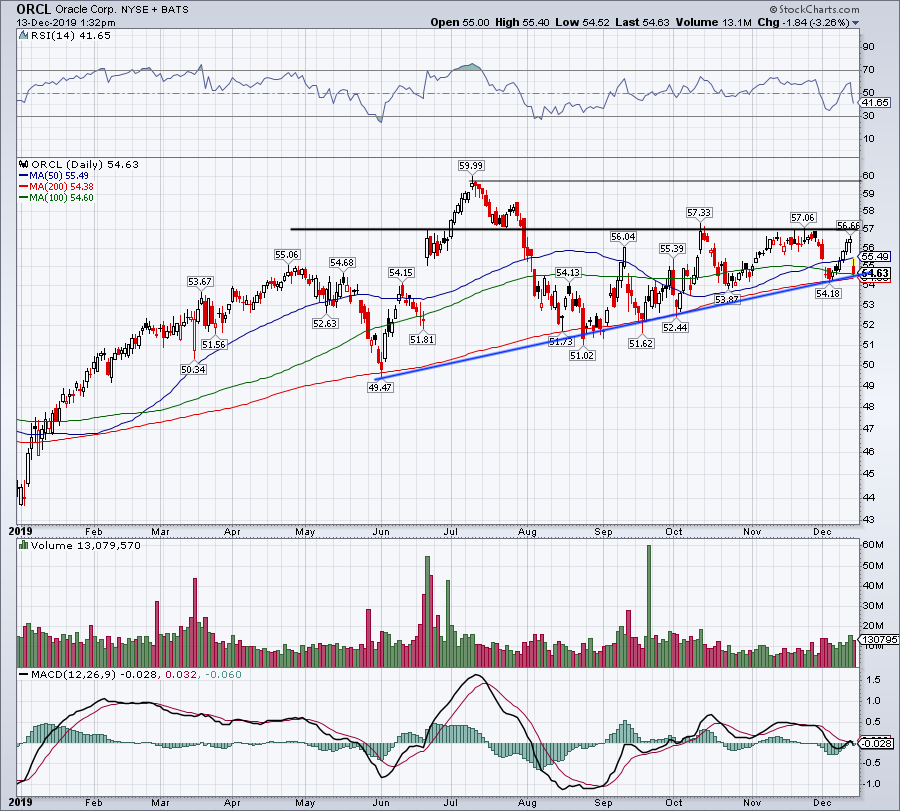 It was a choppy and frustrating trading session on Friday, as overnight optimism was quickly sapped from U.S. stocks despite China and the U.S. coming to an agreement on phase one of the trade deal. Let’s look at a few top stock trades from the day.

Oracle (NYSE:ORCL) shares are slipping 3.5% on Friday as investors digest the company’s latest earnings report. The move drops the stock from resistance near $57 down toward uptrend support at $54.50.

So what now? Investors have a low-risk long setup with several support levels nearby. Those who go long can aim for a rebound back up toward resistance, with hopes of a breakout should it get there.

If support fails — say by dropping below $54 — then traders can punch out for a minor loss on their position. 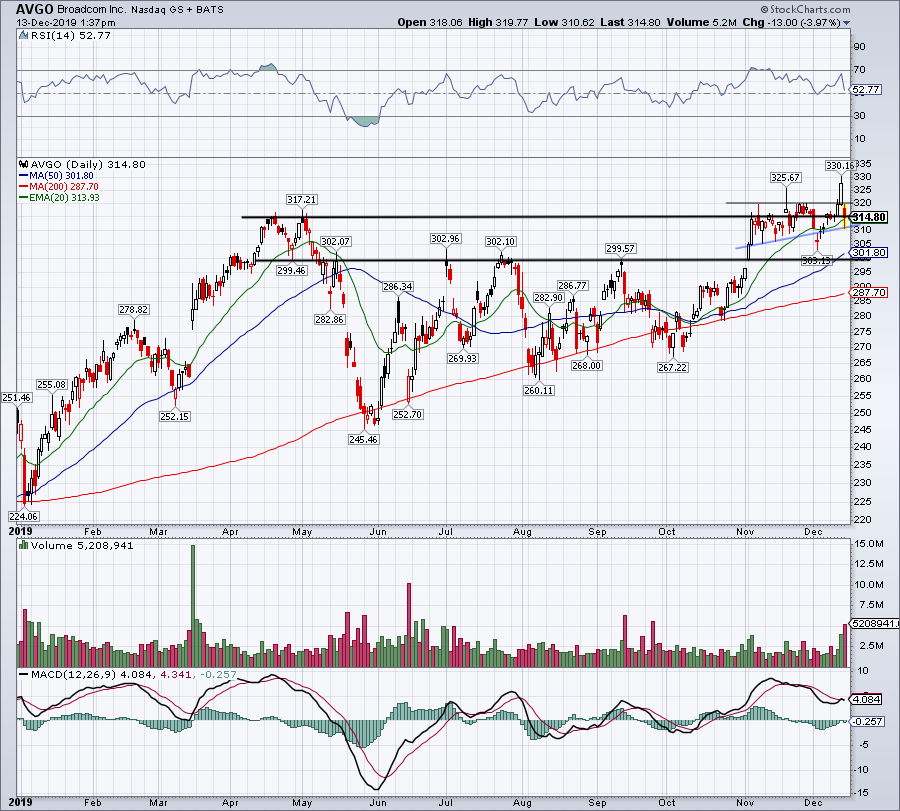 Broadcom (NASDAQ:AVGO) is also slipping in its post-earnings action, after breaking out just a day before. Remember how we said that was a risky setup?

Now the stock is trying to hold up over prior April and May resistance near $315, as well as its 20-day moving average. If the stock can stay above Friday’s low and reclaim $320, then the bulls will likely be back in control, with the 52-week high of $330.16 being the eventual upside target.

If nearby support fails, look for a potential drop down to $300. 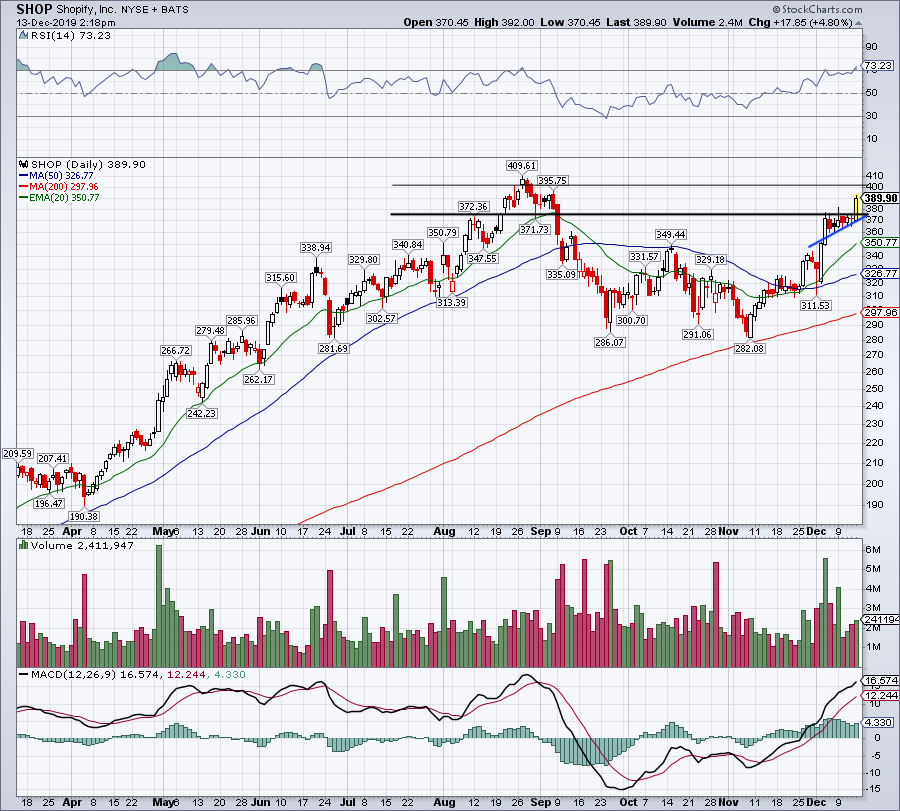 What a beautiful move Shopify (NYSE:SHOP) put in on Friday. While the rest of the market was stuck in choppy waters, Shopify ripped higher by more than 5% at one point.

It launches the stock out of that nice little consolidation triangle it was in. Now that it’s over $375, $400 is on the table. Above that and its highs at $409.61 are possible. 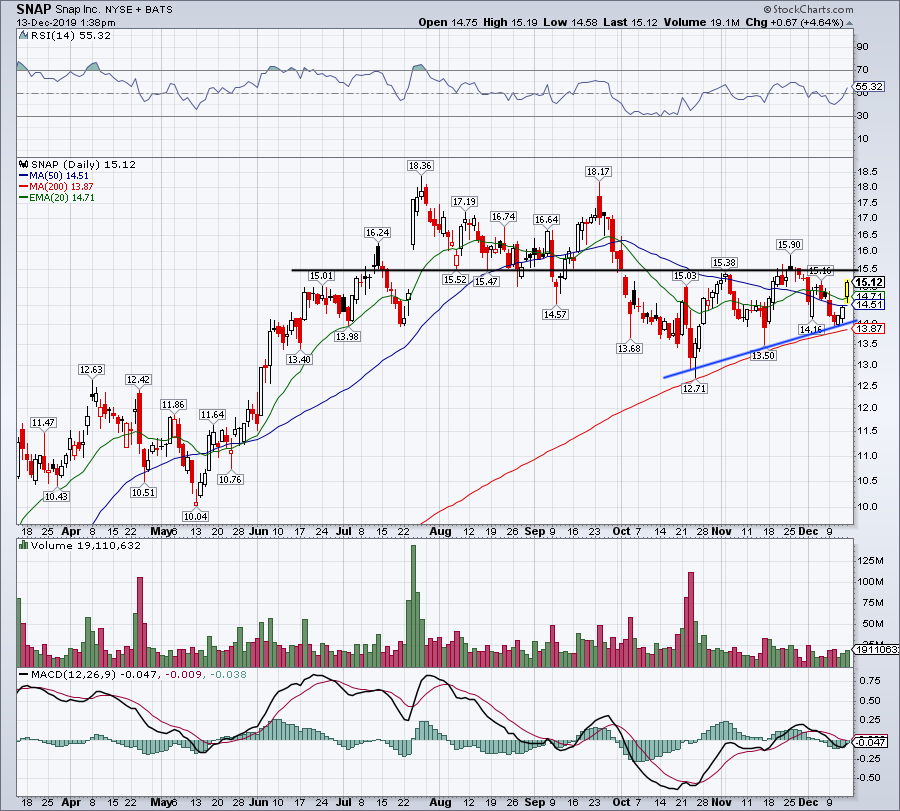 After shares of Snap (NYSE:SNAP) fizzled out in September and failed to hold support, bulls were throwing in the towel. Slowly but surely though, the stock has started to find its groove once again.

Above it and the $15.90 November high will be the next target, with $16-plus possible above that. On a pullback, see that uptrend support and the 200-day moving average continue to hold as support.