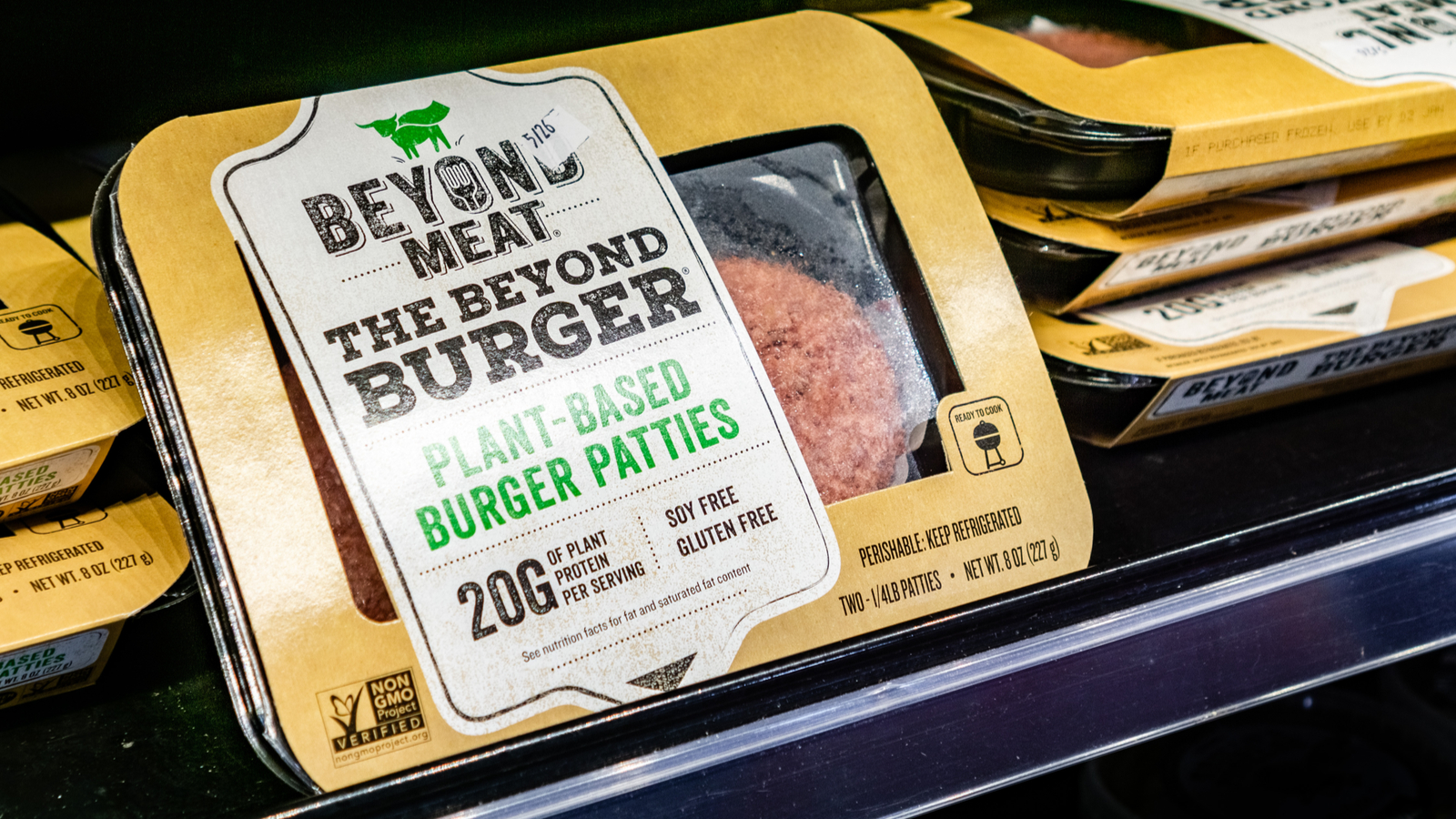 Beyond Meat (NASDAQ:BYND) offers both hope and signs of trouble. Its alternative meat products have won over consumers. As a result, both grocery stores and restaurant chains have begun to offer its products. However, this stands in stark contrast to the stock, which has lost most of its value since July.

Analysts also see indications that the direction of the equity bodes poorly for the future of the company. Although stock trends and financials alone could cause investors to sell, another often-ignored dynamic could lead to further selling in Beyond Meat.

Admittedly, the narrative of this enterprise appears compelling at first glance. The company’s product has reviewed well. And, of course, we hear frequently about millennials and their carbon footprint concerns. They see plant-based meat as a viable alternative with a lighter environmental impact.

Moreover, it continues to gain traction in the mainstream food business. The company’s products will soon come to Costco (NASDAQ:COST), and its offerings appear at Amazon’s (NASDAQ:AMZN) Whole Foods and other major grocery chains. Also, a recent positive trial at a KFC should help to bring the thousands of Yum! Brands (NYSE:YUM) restaurants on board. Investors should also note that alternative products such as black bean burgers have developed some degree of long-term staying power.

However, staying power is not success, and the stock of Beyond Meat has demonstrated this point well. After hitting a high of $239.71 per share in July, it dropped precipitously. The price of the equity began to plateau in November. Still, the current share price of just over $77 per share represents a drop of about two-thirds.

Despite that decline, this equity still appears overvalued. It currently trades at around 20.5 times sales. Moreover, Wall Street predicts that the company will begin to turn a profit next year. Still, that means the El Segundo, California-based producer of plant-based meats supports a forward price-to-earnings ratio of more than 200.

However, I think the story of this company touches on an underlying and underrated dynamic that drives the market — human nature. Bets consistent with human nature tend to succeed, and those going against it stand a good chance of failure. This shows up well in the tobacco industry. Although the public continues to malign cigarettes, addiction is human nature, and this drives stocks such as Altria (NYSE:MO). This stands in contrast to Beyond Meat, whose product stands against such impulses.

InvestorPlace contributor Josh Enomoto states this point a different way. His article points out the 100-plus-year record of failure for meat alternatives. He also mentions that the meat industry is more than 90 times larger than the market for plant-based meat.

Even the Dalai Lama, a one-time vegetarian, now incorporates a small amount of meat in his diet. This confirms the power of human nature over political, dietary and yes, even religious convictions. For investors wary of the “it’s different this time” narrative, this looks like an equity to avoid.

Moreover, meat producers such as Tyson Foods (NYSE:TSN) and Hormel (NYSE:HRL) plan to offer a plant-based alternative. Still, this will likely become a niche product for them at best. This also does not address the fact that this will mean more competition for Beyond Meat, giving investors yet another reason to sell.

In the end, history points to outright failure or limited success at best. The future hints at struggles as larger food companies become more direct competitors, while multiples indicate that the overvaluation remains. Given these factors, the stock of this company looks like an unhealthy choice for investors.

Beyond Meat is a bet against both long-term valuation trends and human nature itself. The stock has fallen by more than two-thirds since the summer. It remains overvalued despite this huge drop. Moreover, the history of the market shows that betting against human nature is usually not a winning strategy. The history of meat alternatives has met with failure, or at best, limited success.

The stock of Beyond Meat still has some sizzle. However, due to high multiples and the enduring (and sometimes begrudging) love for meat, investors who buy at these levels will more likely get grilled.