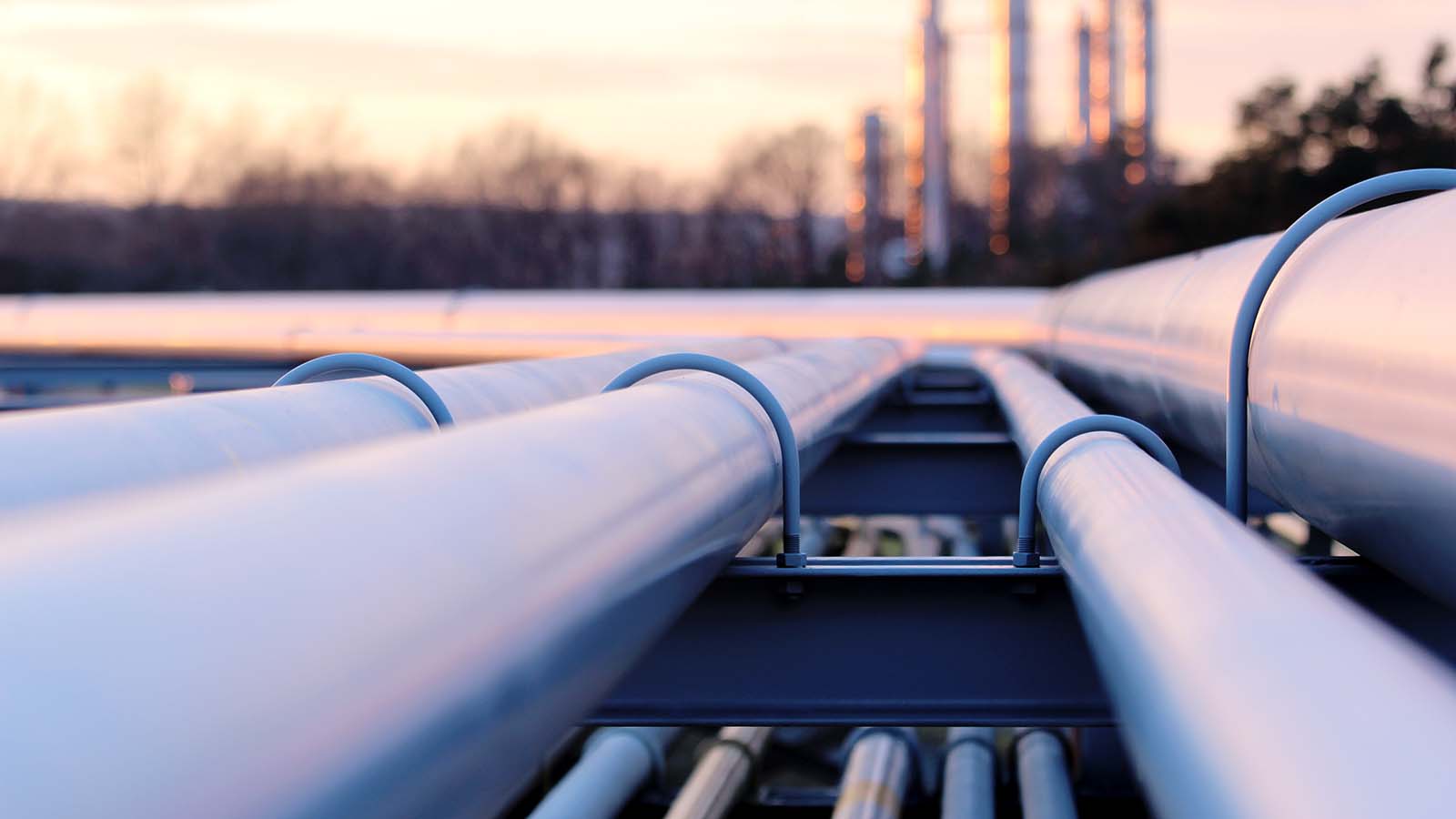 One of my newsletter editor friends is Doug Casey, whom I’ve known since the early 1990s. He’s the author of numerous books including the seminal Crisis Investing in 1979, which I have an original copy of on my bookshelves. Doug has always been one of the smarter guys in the room — particularly when it comes to finding bargains in the markets where others are missing them. And one of his tenets is to buy when there’s blood in the streets.

I have always marveled at how he can take a market which is deemed to be in trouble and pick through the facts while tossing away the hyped fear. And in turn — I have enjoyed watching as the facts play out, rewarding him with gains and often lots of income along the way.

The energy market is where seemingly no one wants to be an investor right now. With the S&P 500 generating a return year-to-date of 31.1%, the energy market, as tracked by the S&P 500 Energy Index, has recently just managed to recover a bit in December for a return of 12%.

Blood in the Streets

All of this comes as oil prices are up for the year by 35.9% in West Texas Intermediate (WTI) oil. And while oil is up, it isn’t being reflected in the S&P Energy Index’s performance. 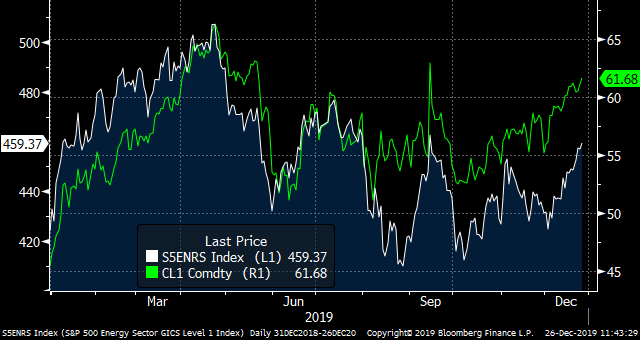 In this week’s Barron’s, Peter Lynch of Fidelity fame and long-time former manager of its flagship Magellan Fund (NASDAQ:FMAGX) was interviewed. Lynch is another investor who likes to cast off the market chaff to focus on the kernels of facts.

One of the more important observations of his was that much of the energy market is making assumptions that the world won’t be using oil and gas much longer, let alone for the next year or 20 years. In turn, stocks are being tossed.

And yes, wind and solar energy are gaining — but natural gas is needed when the sun isn’t shining or the wind isn’t bellowing, as battery costs are still not completely viable.

Then for transportation, electric planes are still a pipe dream. And while electric cars and trucks are gaining in number, they are still dwarfed by the continued production of traditional petrol-powered vehicles.

My Way to Invest in Energy

One of the more dependable segments of the energy markets which is less dependent on oil and natural gas prices is the pipeline and related infrastructure industry. This is the segment which acts as a toll-taker to gather and transport oil and gas from the field to the end users from refineries to consumers.

Oil and gas prices rise and fall, but as long as the pipes are filled, these companies earn their fees and in turn, share the bulk of the profits with shareholders. The real risk for pipe companies is managing counterparty risks. This means they must know their customers well and learn how to survive when prices are low.

The best in this segment have been around during the boom and bust times of oil and gas prices. And so, it is pretty straightforward to examine how they fared during times of stress.

That said, these names haven’t done all that well this year. Pipeline companies, as measured by the Alerian MLP Index, have only returned 8% year-to-date for 2019. U.S. pipeline companies entered into a major slump from July to early December, but have been sharply rebounding since.

Since the start of December, the index has been making a sharp turnaround with a gain of 12.8% — nearly triple the performance of the S&P 500.

There’s much to say about the demand for yield as the MLP pipeline segment of the midstream market offers outlier dividend yields. The Alerian Index has an implied yield of 8.9% which is eye-watering in an increasingly lower yield market.

And there is some differentiation in the MLP pipes. One of the big stories over the past three years has come from the U.S. government supporting pipeline network expansion, field gathering and marine terminals. With the support for the export of crude and natural gas, pipelines are in a very good space to increase fee income. 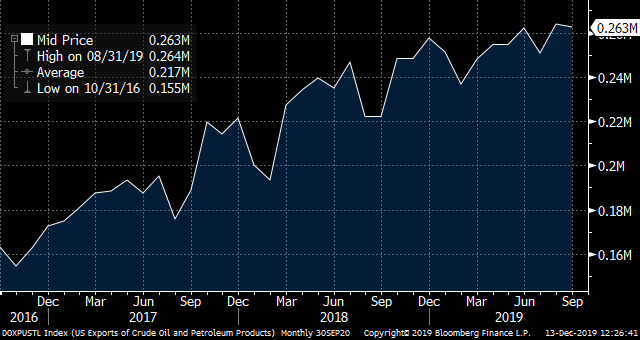 The major Permian Basin continues to be awash in oil and natural gas, depressing local prices for petrol, which continues to be locked out of the market. But with the exports, pipelines are stepping up with expansion plans.

One of my favorites in the gas and oil pipes continues to be Enterprise Product Partners (NYSE:EPD). The stock is up 13.8% in price since Nov. 19 and has returned 23.9% year-to-date.

The company is at the forefront of solving key problems for U.S. oil and gas thanks to its capacity to get more of the products from the fields to the markets. Enterprise has been expanding its capabilities and has just announced this month that it is working on a venture with Enbridge (NYSE:ENB) to develop a deep-water oil export terminal in the Gulf of Mexico for loading “very large crude carriers” or VLCCs.

This should further give the company the ability to raise its revenues and profits. EPD stock has trailed the return of the S&P 500 — but I still see more value here.

Revenues are already up on a trailing year basis by 24.9%. And it is very efficient in its operations with operating margins running at 13.5%. This is returning 20.1% on shareholder’s equity and an impressive 8% return on the overall capital of the company.

It runs a good cash hoard and has limited debts running at 46.2% of assets. This puts the company above the credit profile of some of its lesser peers in the U.S. market.

Unit distributions are running near 44 cents per share for a current yield of 6.2%. And the distributions continue to rise with an average annual increase over the past five years running at 4.2%. Compiled estimates for the next distribution going ex-dividend in January shows a further increase.

EPD makes for a smart buy in a taxable account as much of the dividend distribution is shielded from current income tax liability. That makes the yield worth even more.

Plains GP Holdings (NYSE:PAGP) is a Permian-focused pass-through company deriving revenue from its stake as the general partner of Plains All American Pipeline (NYSE:PAA). It has already turned on new and expanded pipe this year — and additional capacity is in the works.

Revenues are up 29.9% over the trailing year. Operating margins are a bit thinner than for Enterprise at 6.7%. But the return on shareholder’s equity is fat at 23.7%. And the return on the overall capital of the company is also good at 13.5%.

Cash is well-managed and debts are even lower at only 34.3% of assets, making it a compelling creditor for further investment as needed.

The distribution is currently running at 36 cents per unit for a yield of 7.4% and the distributions are up over the past year by 15%, reflecting the additional capacity.

But the key thing about the shares is that they are priced at a 90% discount to sales. It remains another smart buy in a taxable account. Again, just like for Enterprise, it is tax-advantaged.

One of the key challenges in the MLP space is that there are plenty of companies which are not in the same good shape as EPD or PAGP. Some are converting into regular corporations which would allow for a broader investor base. Others are consolidating.

And in addition, there are a growing number of private equity and other institutional funds which are circling the midstream space. It’s clear that the space is a good value proposition with the ability to add debt to generate more cash flows and distributions. This may well aid the quality companies in the toll-taker space.

This is particularly true in some of the specific sectors of the pipeline markets such as refined products. New regulations are providing opportunities for pipes, storage and marine terminals.

This is where Magellan Midstream Partners (NYSE:MMP) is a prime pick for me. MMP operates in the refined products and marine storage segments. Revenues are up 35.1% over the trailing year and operating margins are a whopping 42.3%. Those margins in turn deliver a return on equity of 40.2%.

Dividends provide a yield of 6.5% and the distributions are rising with the five-year annual average running at 10%. MMP has returned a positive 16.2% year-to-date.

Magellan Midstream is a further smart buy in a taxable account.

This brings in the Alerian MLP ETF (NYSEARCA:AMLP) which is modest, with a year-to-date return of 8.5%. But this is not as reflective of the performances and fundamentals of its core holdings, which include Enterprise Products, Plains All American and Magellan. However, the exchange-traded fund does have many lesser MLPs represented, but they are marginal in terms of their allocations in the fund.

This provides a further opportunity to buy into the prime MLPs. The ETF yields a big dividend overall at just under 9%. It remains a smart index buy which can be done in a tax-free account given the ETF structure.

Neil George was once an all-star bond trader, but now he works morning and night to steer readers away from traps — and into safe, top-performing income investments. Neil’s new income program is a cash-generating machine … one that can help you collect $208 every day the market’s open. Neil does not have any holdings in the securities mentioned above.