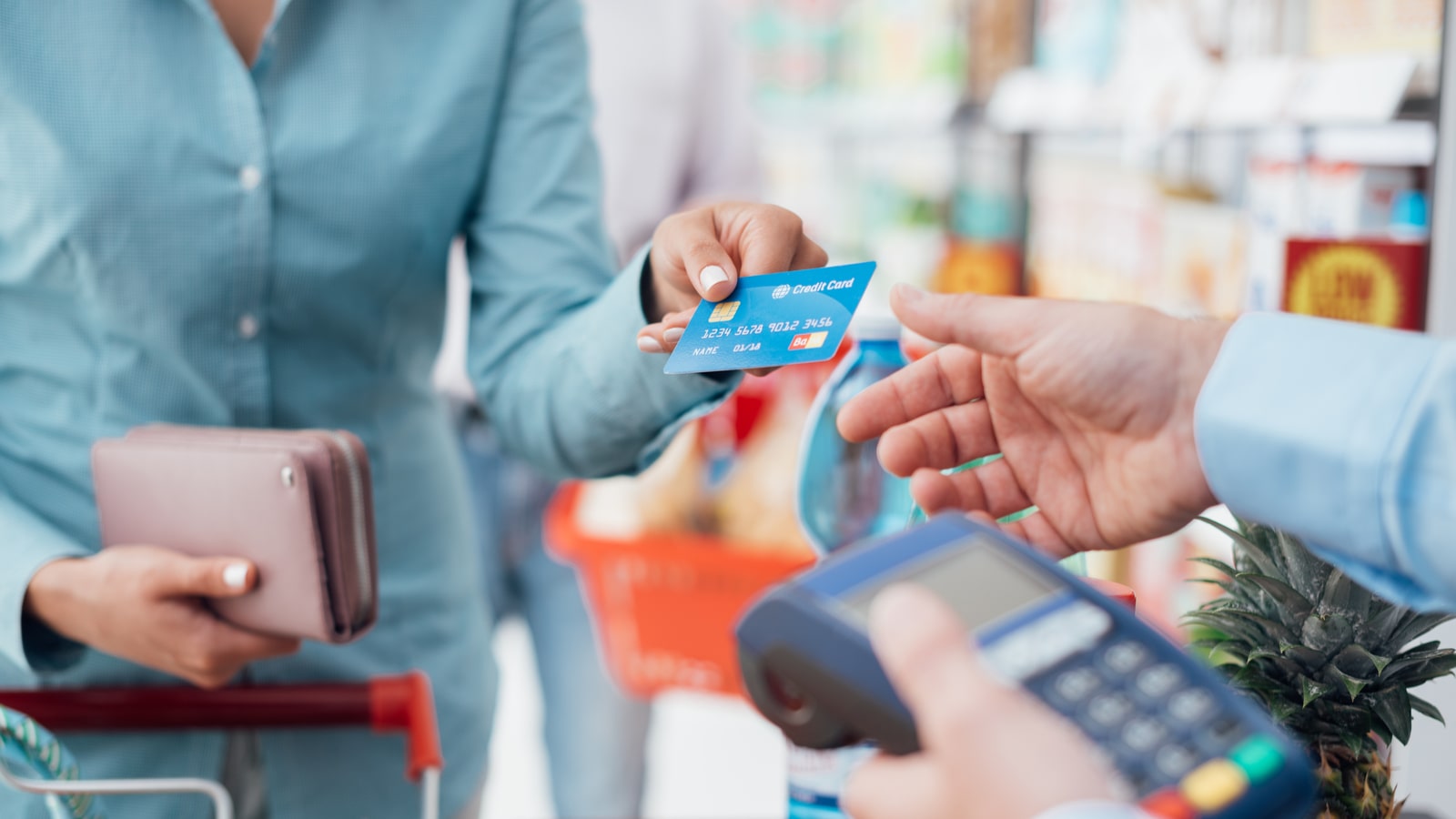 The U.S. economy is powered by consumer spending. And increasingly, other nations are experiencing the same phenomenon.

But relying on the consumer can be tricky business when the economy isn’t firing consistently on all cylinders.

This year however, that isn’t a big concern. Right now the markets are at record highs after a decade of correction-free growth. The U.S. consumer is feeling confident, which is one reason I’m finding plenty of great Growth Investor recommendations.

And while the economy isn’t producing a lot of jobs, it’s not cutting many either. Since we’re at multi-generational lows in unemployment, that means the consumer is in good shape.

The seven retail stocks still worth a look below are top-rated by my Portfolio Grader. They have found a way to navigate the challenges many retailers have come up against and found a way to thrive. 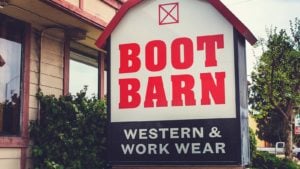 Boot Barn Holdings (NYSE:BOOT) is a Western and work wear juggernaut. Starting in Irvine, California in 1978, it now has over 200 stores in 33 states.

It also has a website where shoppers can go if they aren’t close to one of Boot Barn’s locations. It carries over 8,000 different brands of boots, accessories and clothing, whether you’re interested in attire for the farm or the machine shop. Or maybe you just like buying rugged clothing at solid prices.

There has been a growing demand for “heritage” clothing, even in upscale consumer markets, benefiting brands that have been outfitting niche markets for years. And they are supplanting some of the more stylish brands that were found in some of the now-floundering department stores.

BOOT has superstores for both working-class consumers and high-end shoppers. Its third-quarter earnings bear saw it blow out expectations and raise guidance.

This is a retail growth story unfolding before our eyes. 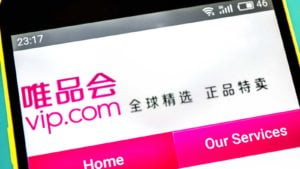 Vipshops Holdings (NYSE:VIPS) is another growth story, but from halfway around the world. This is an online fashion retailer that focuses on the growing consumer market in its home nation of China.

China’s economy may have slowed during the trade war, but it’s still growing almost three times faster than the U.S. economy. And that means there are a lot of people that are moving up in economic power.

That mobility is setting off big demand for status items — it’s why China is such an important market to companies like Apple (NASDAQ:AAPL). And that goes for fashion as well.

At Growth Investor, we made a nice 90% gain with VIPS in 2015. And just in December, many of the analysts that follow the company have raised their price expectations for the stock, and that’s after a year where the stock rose by 160%.

But the stock still trades at a trailing price-to-earnings ratio just above 30. There’s plenty of juice left in the tank.

Target (NYSE:TGT) is just one of the big U.S. retailers that found a way to pivot into the new world of e-commerce successfully.

But it wasn’t just sticking everything on a website. It pulled off a complete overhaul for a new generation of shoppers.

That has been the biggest difference in how retailers reacted to online shopping. Some thought they were bigger brands than the new shopping trend. That they would endure because of their status.

And they were laid low.

The ones that have adapted — at great cost and risk — have proven that being flexible and adaptable were crucial qualities to success.

It’s been a challenging road, but it now looks like TGT is hitting its numbers and showing solid growth, while continuing to deliver a reliable 2% dividend. The stock is up 91% in the past year but still trades at a trailing P/E of 20.

Williams-Sonoma (NYSE:WSM) may be best known for its upscale cookware and accessories, as well as its gourmet, West Coast elegance. But it’s more than that nowadays.

And given the strength of the economy, this is a good thing, especially in the holiday season. With extra income, maybe a $100 knife or pot is worth a splurge. Or a new comforter for your bed.

Its furniture business was getting some pressure during the trade war, but should help boost earnings in coming quarters.

Up 44% in the past year, yet only trading at a trailing P/E of 17, there’s plenty of value and growth left as long as the economy continues to stay strong. And I’ve got more where that came from.

Ross Stores (NASDAQ:ROST) is a discount retailer of name-brand fashion and accessories. It’s the largest off-price retailer in the U.S. with more than 1,800 stores in 37 states.

ROST stock became a growth story after the Great Recession hit. Many consumers that were used to shopping name brands weren’t willing to give up that habit and found Ross a great alternative — it sold name brands without the premium they were used to paying.

After a decade of shopping in these stores, the habit has sunk in. And new generations of shoppers have joined in as well.

The crazy thing is, ROST doesn’t have an e-commerce website. It still believes that “treasure hunting” in its stores is more rewarding to its customers than offering website options. And it has proven time and again that it knows its customers.

The recent trade war has been a drag on margins and earnings. But now that a phase-one deal has been cut, ROST stock should see better numbers and continue its healthy growth. 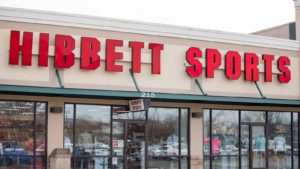 Hibbett Sports (NASDAQ:HIBB) is a sporting goods retailer that’s headquartered in Alabama and operates more than 1,000 retail stores in 35 states.

Most of its stores are concentrated in the Southeast, Midwest and Southwest, with Georgia, Texas and Alabama offering the most stores in its empire.

Sporting goods is always a solid sector, but there are always challenges when it comes to competition and margins. In my stock-picking system, operating margins growth is a key factor, and the trade war hasn’t been a big help in this for many retailers.

But HIBB has focused on building out its footwear, especially its Nike (NYSE:NKE) brands, which helped make a great 2019. Also, HIBB likes to put its large stores in the same shopping centers as Walmart (NYSE:WMT) stores, which also tends to increase foot traffic.

The stock is up 89% this year but its trailing P/E is still well below 20. It only carries a $470 million market capitalization, so it will grow faster than its bigger competitors, but also fall quicker if the economy sours. 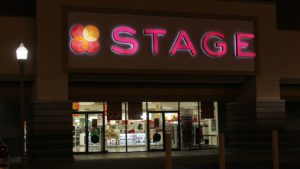 It has grown its empire by acquiring smaller store chains across the United States, adding them to its existing brands or operating them under the name of the acquired company.

Last year it announced that by 2020, it will be converting all its store brands into Gordman’s stores, which will be off-price. It plans to have 700 Gordman’s locations operational this year.

That should be an interesting transition, and it may position the brand to compete with small regional brands as opposed to larger, brand-name discounters. That means it may be looking to take on J. C. Penney (NYSE:JCP) and Dillard’s (NYSE:DDS) rather than ROST or TJX (NYSE:TJX).

The stock is up a staggering 1,035% in the past year. And while that isn’t likely to be a regular event, it does show that SSI is on institutional investors’ radar now. It’s definitely becoming a player in the retail space.

While SSI and the other retailers I mentioned are certainly worthy of consideration, many OTHER retail companies are in a tough position.

At the end of the day, retail has become a difficult business in which it’s difficult to deliver the earnings as well as operating margins I’m looking for.

That’s why you’ll also want to look elsewhere for growth plays. One of my favorites is a tech trend that is already bigger and deeper than most people realize.

‘The Mother of All Technologies’