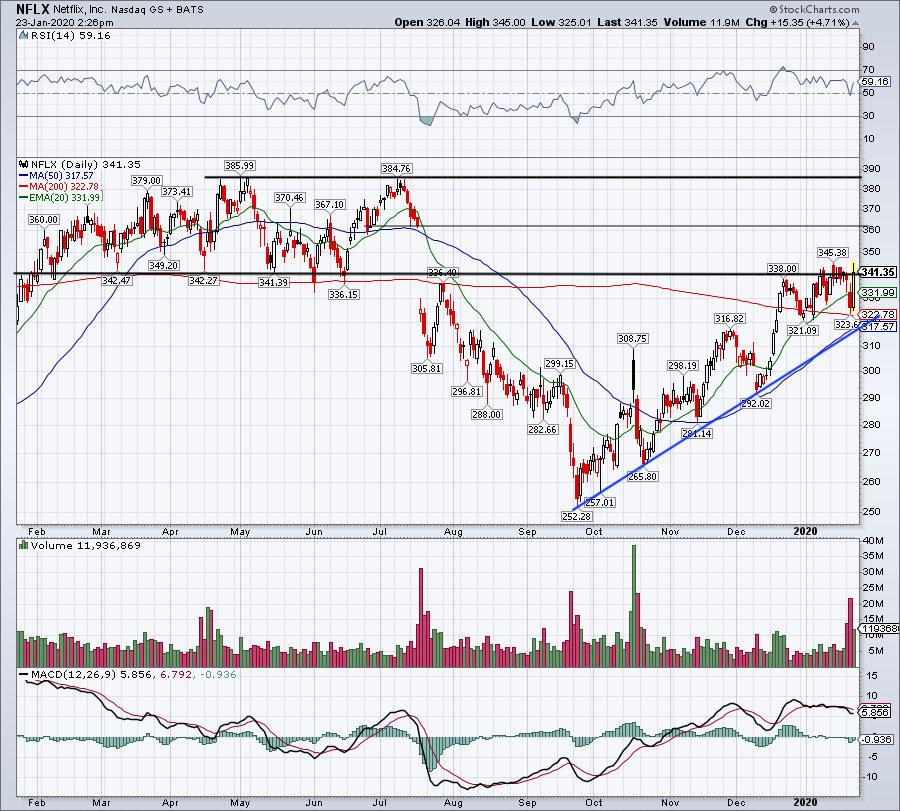 The stock market continues to fight through the coronavirus scare, as stocks opened lower then pushed higher in the afternoon. That said, let’s look at a few top stock trades going into the end of the week.

But on Thursday, the stock was erasing its post-earnings losses, jumping higher as it bounces from support. That support comes from a trifecta of catalysts: rising uptrend support (blue line), the 50-day moving average and the 200-day moving average. 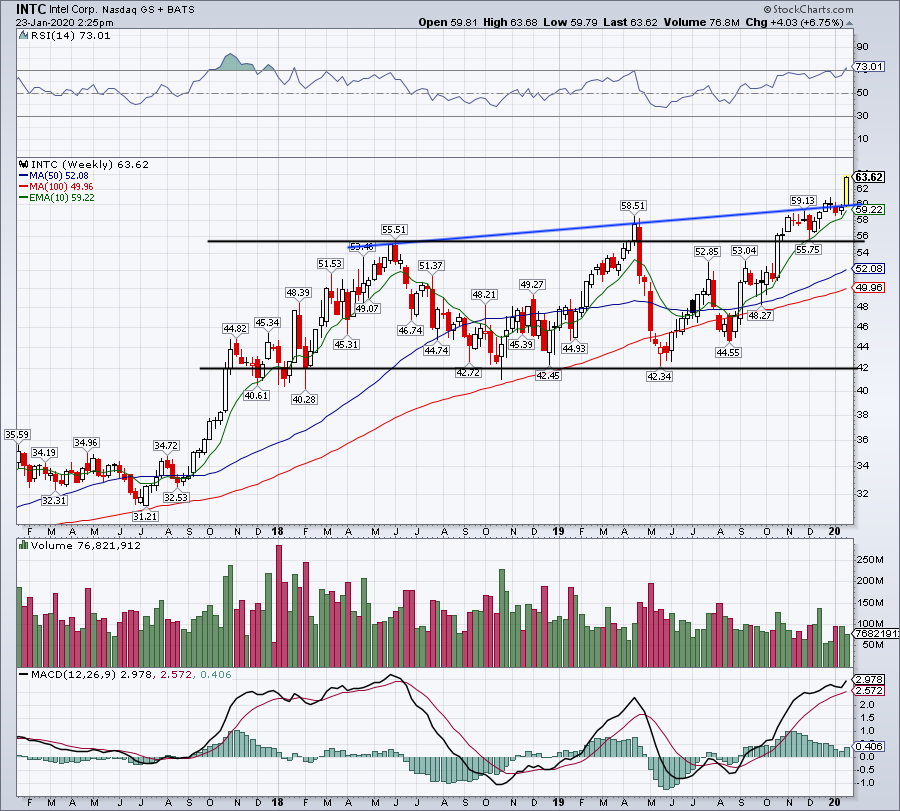 Intel (NASDAQ:INTC) will report earnings after the close on Thursday, and the stock has been hot, hot, hot!

Shares are breaking to new highs on the week, as bulls anticipate a good number. As good as it feels on the run-up though, I hate this kind of setup. It makes it incredibly difficult to top expectations.

For Intel specifically, the action feels similar to April 2019, when shares ripped higher and higher before being hammered lower. Hopefully, though, that’s not the case this time around. 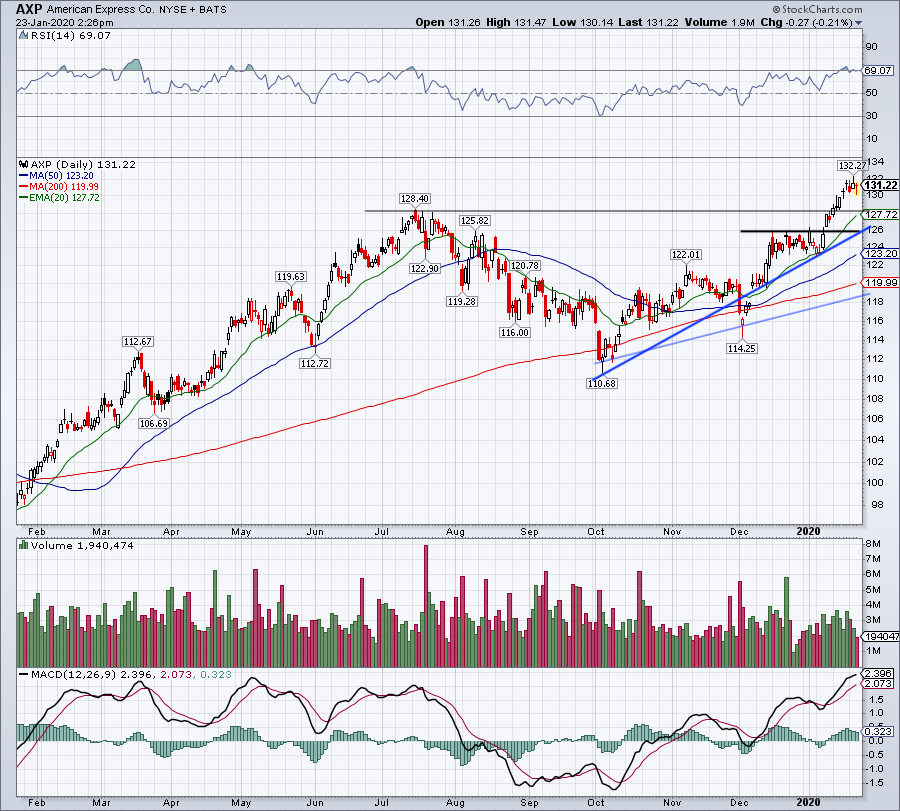 American Express (NYSE:AXP) has also been doing well, climbing to new highs ahead of its Friday morning earnings report.

Shares are consolidating between $130 and $132, and sport a recent high of $132.27. Over that mark, and AXP can continue higher up to $135 or higher. However, on a pullback, I want to see where support comes into play.

Is it a good report that is met with sellers, simply because the stock has run so much? If so, it could send AXP down to the $126 to $128 area, where bulls can buy the dip. If the results are worse and American Express really gets hit, look for a dip down to the 50-day or 200-day moving average. 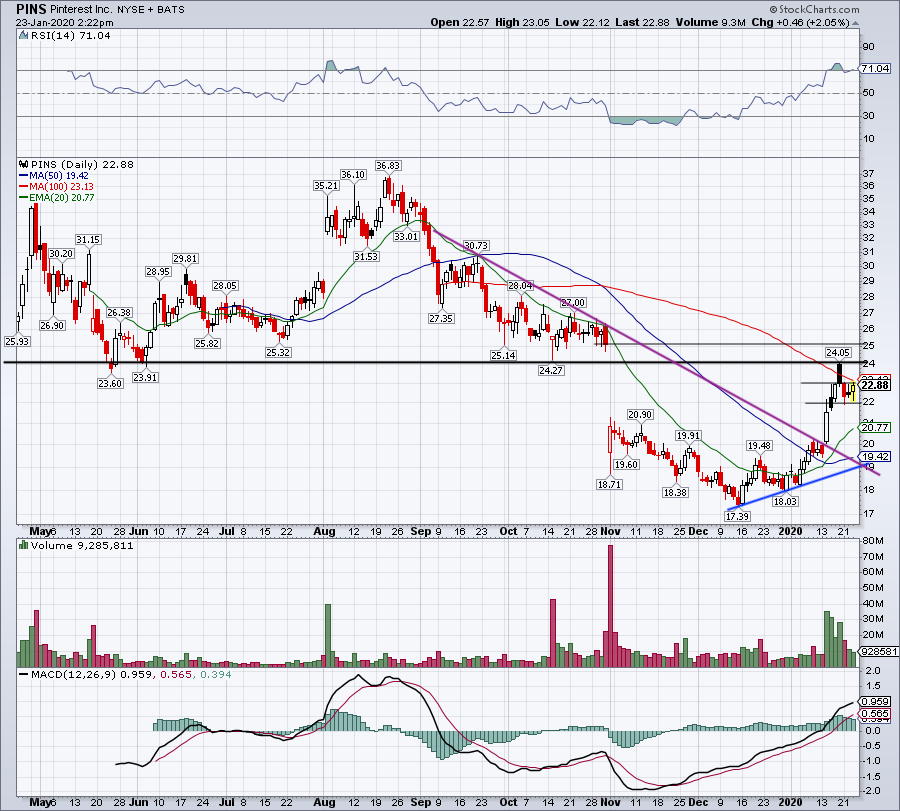 Once Pinterest (NYSE:PINS) broke out over downtrend resistance (purple line), it was off to the races. Shares burst from $18 to $24 in just a few weeks, the latter of which acted as resistance.

PINS couldn’t push through $24 and the 100-day moving average. Shares are now consolidating between the $22 and $23 levels, as investors look to see which way this one breaks.

If it breaks lower, a test of the 20-day moving average is in store. Below that, and uptrend support (blue line) and the 50-day moving average could be on the table. That to me would be a great buy-the-dip location amid the current trading environment.