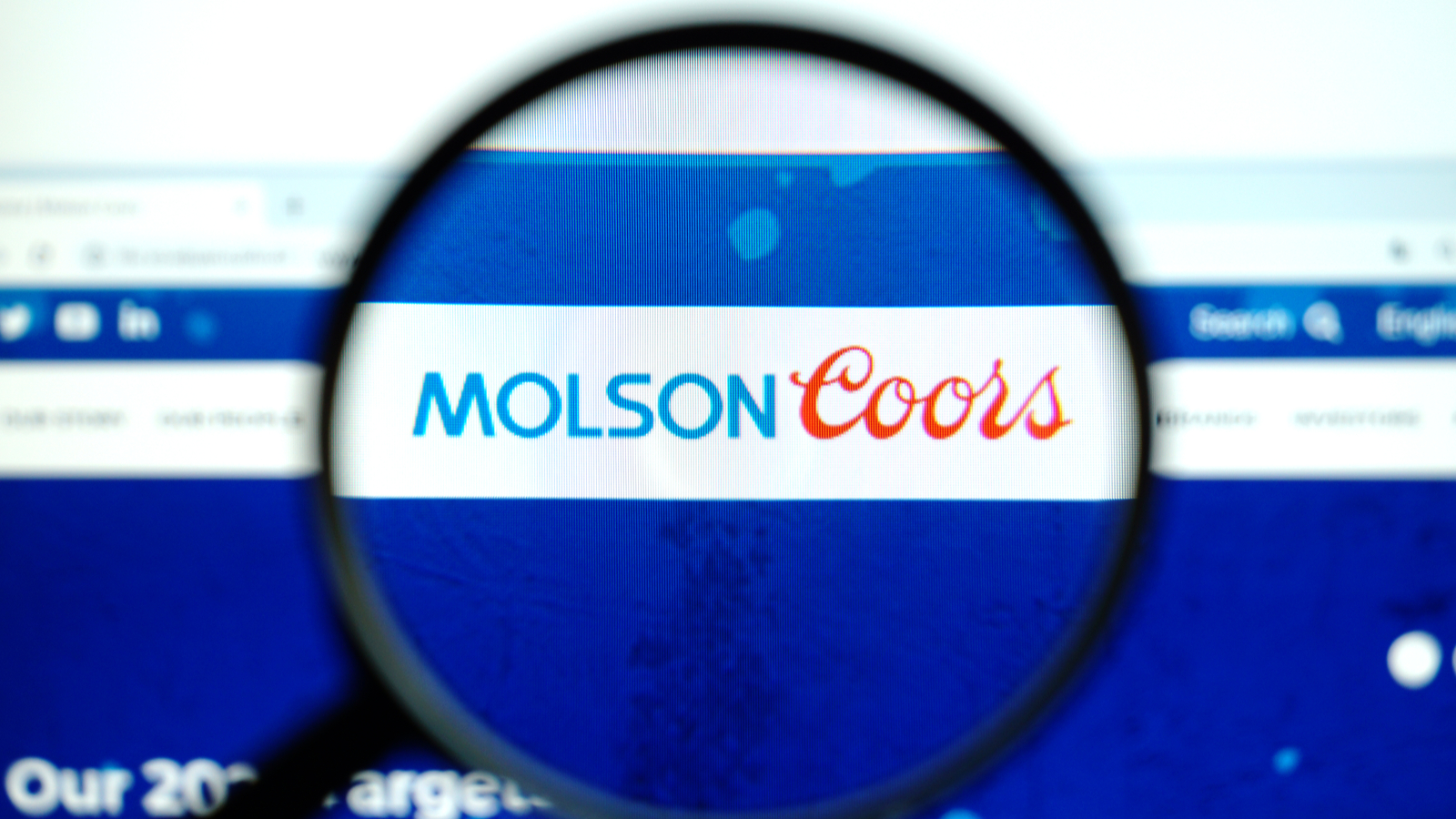 Molson Coors (NYSE:TAP) shareholders are benefiting from the company’s 2016 acquisition of Miller. TAP stock has an attractive 4% dividend yield and low valuation and a forward price-to-earnings ratio of just 13 times.

Moreover, the company’s free cash (“FCF”) yield (i.e. FCF divided by the market value) is very attractive at 9.9%. Molson Coors is using that FCF to both pay down debt and increase its dividend.

In the fall of 2016, Molson Coors bought out the 58% ownership of the Miller brand that it did not already own. As a result, Molson Coor’s long-term debt rose dramatically. The debt hit $12 billion from $3 billion in the prior year.

But the FCF from the combined company rose as well. You can see this in the chart I prepared. FCF rose to almost $1.7 billion by the end of 2018.

A Closer Look at TAP Stock

During this five year period, the growth in FCF has been over 53%. That works out to be 11.2% annually on a compound basis.

So, even though FCF growth spiked right after the Miller acquisition, it is still steadily positive, albeit lower since 2018.

One reason for this has the growth in Millennials’ taste for premium beers and alternative alcoholic beverages. They have not taken up steady brands like Coors and Miller Lite as much as Molson Coors originally expected.

Nevertheless, the base of TAP’s beer-drinking customers has grown faster than it would have without the Miller acquisition. 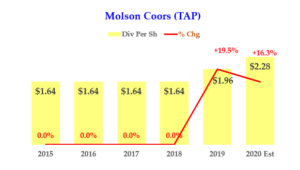 How has Molson Coors spent its higher FCF since the Miller acquisition? Most of it has been used to reduce its overall debt. By the end of September 2019, Molson Coors’ long-term debt had fallen to a little over $9.3 billion.

Molson Coors has also increased its dividend in the past two years as debt has fallen. You can see this in the chart.

Remember how I pointed out the company’s FCF had grown 53% and 11.3% annually? That is why TAP stock’s dividend per share is now higher. So, again, the Miller acquisition for that reason alone is basically successful.

The Bottom Line on TAP Stock

I believe that over the next several years the company will eventually consider buying back their stock. This will allow the dividend per share to grow even faster.

This will likely happen as the company continues to pay down its debt and lowers its debt service and principal payment costs.

In the meantime, shareholders collect their 4% dividend yield each year. I recently wrote an article in Seeking Alpha where I showed how I believe TAP stock is worth at least $72.55, per share.

That means TAP stock is worth almost 28% more than today’s price. In the next three years that represents a 9.9% annualized compounded gain.

So, if the dividend yield stays at 4% each year, even with dividend hikes, the expected total return is close to 15% annually. That is from the 9.9% expected gain in TAP stock plus the 4% dividend yield, 14.9% annually.

That should provide a decent return to Molson Coors shareholders, as they wait for the debt to fall. The return could be even higher if the company decides to buy back its shares.

As of this writing, Mark Hake, CFA does not hold a position in any of the aforementioned securities. Mark Hake runs the Total Yield Value Guide which you can review here. The Guide focuses on high total yield value stocks. Subscribers a two-week free trial.