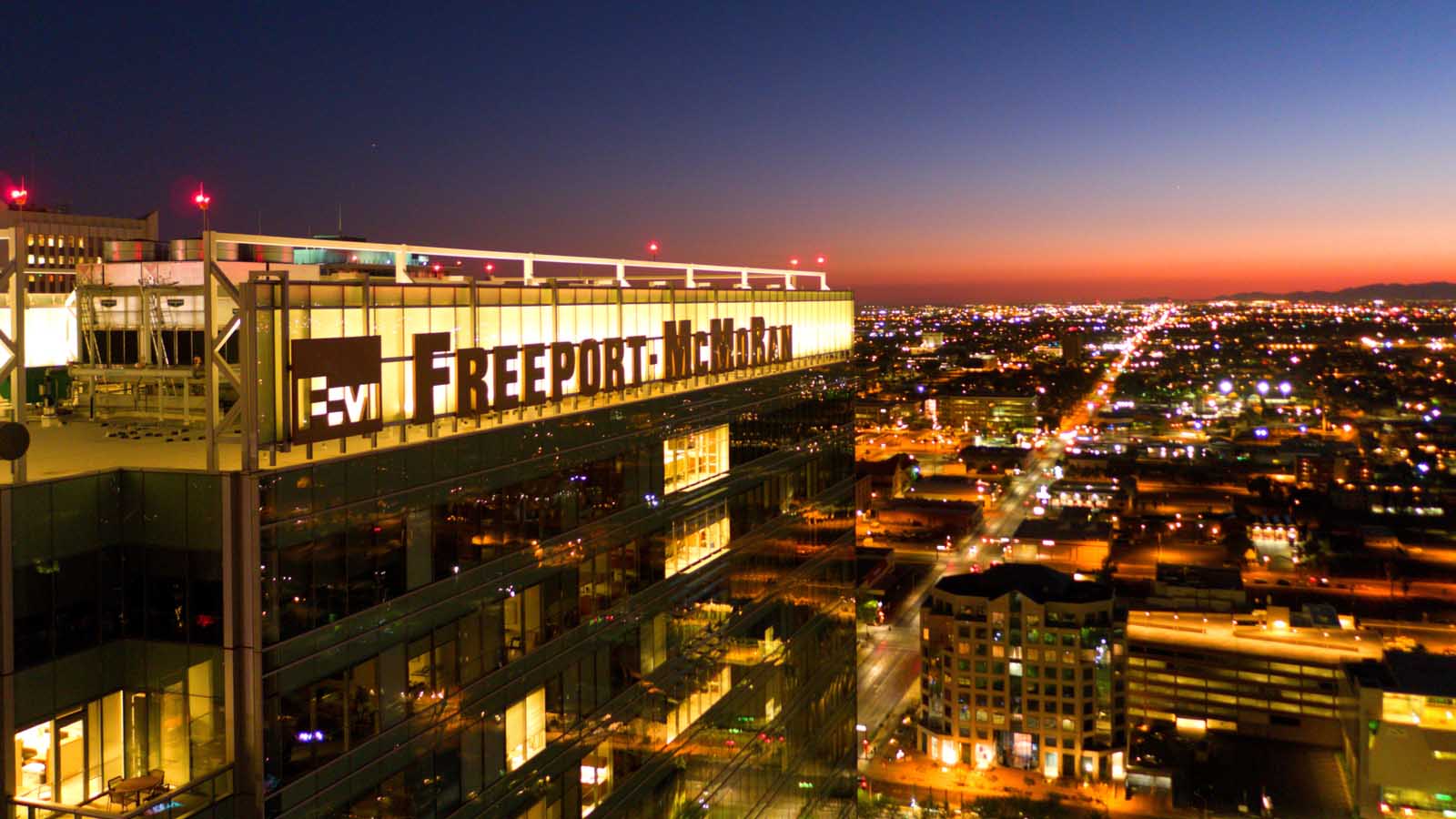 I intend to steadily add to my position should volatility further discount the equity price. But while I’m optimistic about the mining giant, I understand the reason for hesitation.

Billed as the “world’s premiere publicly traded copper company” on FCX’s website, the company goes on to state that the underlying metal “is in higher demand today than at any point in history.” I don’t see how anyone could disagree. With technological innovations driving the need for copper products, this commodity should spike in value.

However, those skeptical about Freeport-McMoRan stock will point out that China has provided the bulk of this demand. According to data compiled by Statista, China dominated the distribution of refined copper consumption in 2018 at a whopping 49%. The next closest region is non-China Asian countries at 20%, then Europe at 18%.

Despite the ugliness of the U.S.-China trade war, we should expect similar dominance in 2019. But just as the two sides signed a phase one trade deal and were on the way toward a substantive solution, the coronavirus outbreak hit. And even though Freeport-McMoRan stock isn’t directly affected in terms of fundamentals, stakeholders should watch carefully.

That’s because the outbreak may be a lot worse than initially reported. According to the latest New York Times update, the death toll from the virus now exceeds the China-based fatalities from the SARS outbreak back in the early 2000s. That has a severe impact on China’s economy, and therefore, on copper prices.

History isn’t always a perfect predictor. However, events tend to generally mimic themselves. If that’s the case — and assuming we avoid a “Contagion”-like outbreak –we’ll recover from this awful situation. And when we do, you’ll be glad to have taken a shot at Freeport-McMoRan stock.

First, let me address China’s dominance in the copper game. A major reason why the oil market has recently collapsed is due to demand. As with copper, China is a massive consumer of “black gold.” Logically, with China’s economy slowing to a halt from the coronavirus, we can expect similar sentiment to trash Freeport-McMoRan stock.

Certainly this is a possibility. Personally, I think it’s inevitable. Thus I’m keeping the powder keg dry in case I get another sizable discount in the share price. But I’m still buying because of the comprehensive demand for copper.

From 2008 through 2018, refined copper usage has ticked higher every year. Of course, that’s significant because it implies robust demand for Freeport-McMoRan stock. But more importantly, copper usage moved higher even during the lows of the Great Recession. True, it was a marginal gain from 2008 to 2009, but it was a positive gain nonetheless.

Second, the industry segmentation of copper consumption is another factor that makes Freeport-McMoRan stock appealing over the long-term. According to government site Natural Resources Canada, global copper use is divided into five categories: equipment (31%), construction (28%), infrastructure (16%), transportation (13%), and industrial (12%).

The main takeaway here is that no one category overwhelmingly dominates the consumption allocation. Therefore, a decline in one segment won’t necessarily kill overall demand.

Although copper is the main game for FCX, the mining firm also produces a significant amount of gold. This makes shares an interesting proposition because of the insulation effect afforded by present fundamentals: coronavirus fears bolster the gold price in the nearterm, while copper offers long-term catalysts.

Thus, even with the copper price tanking, FCX stock has mitigated volatility reasonably well. Part of that is probably due to the underlying company’s robust gold operations.

Not only that, I believe gold has positive implications for the future. Compared to prior highs and the low-interest rate environment (i.e. higher inflation), the yellow metal trades on fertile ground. Indeed, I’d be surprised if it didn’t do well.

Now, carrying a bunch of bullion isn’t everyone’s cup of tea. But shares of Freeport-McMoRan stock? They’re super-convenient and they’re probably undervalued relative to the fundamentals.

As of this writing, Josh Enomoto is long FCX stock and gold bullion.