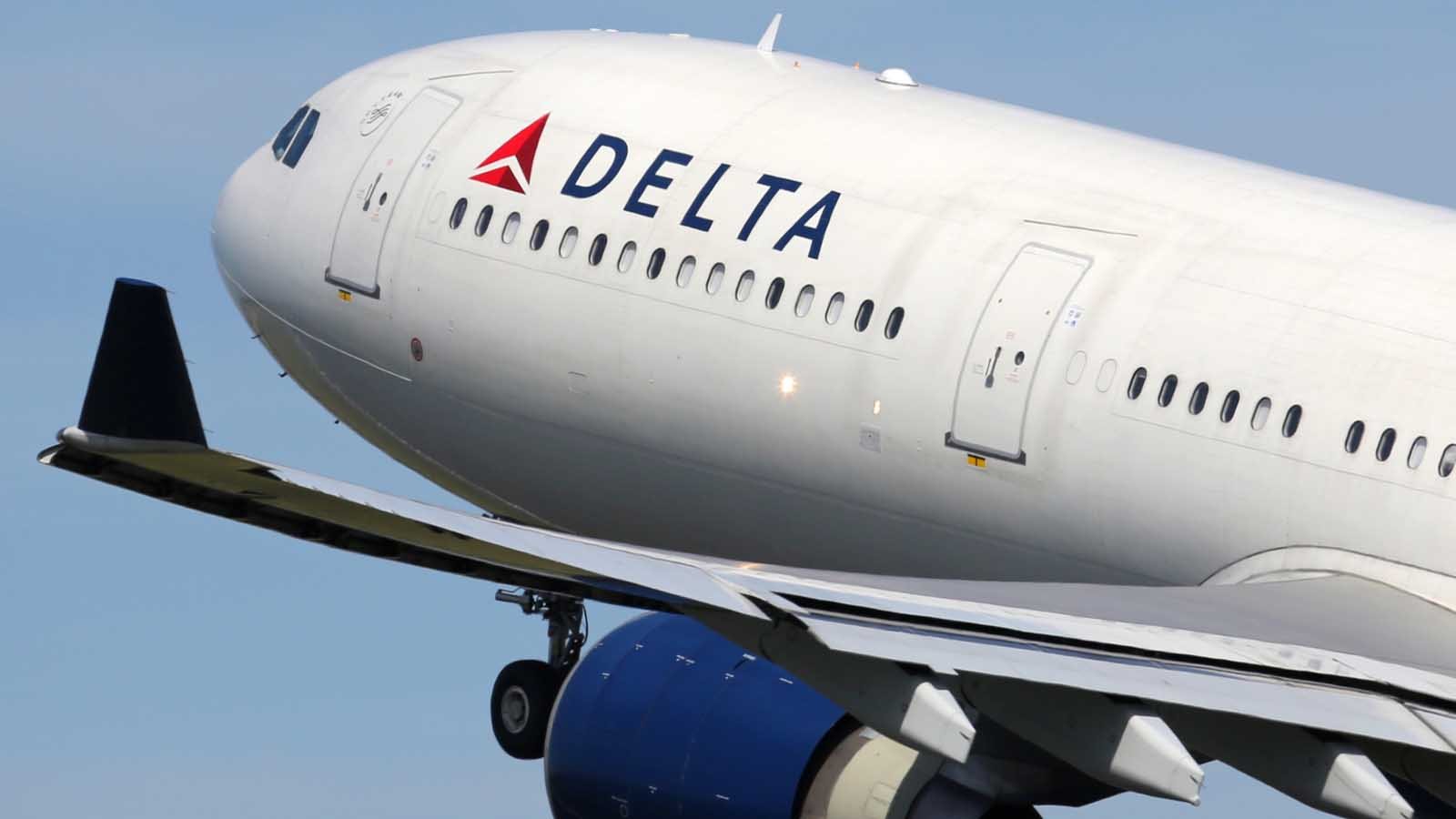 It is an understatement to say that airline stocks are lagging the indices. The best of them — Delta Air Lines (NYSE:DAL) — is up 16% in 12 months. That’s 4% less than the S&P 500. So among its peers DAL stock is a star, especially against the performances of United Airlines (NASDAQ:UAL) and American Airlines (NASDAQ:AAL) for the same period. United is down 10% and American is down 21%. Today I will examine the opportunities that Delta faces in the coming months. What’s the summary? It’s not time to panic and sell.

The broad sentiment among owners of the stock is low. The travel and entertainment industries are suffering greatly thanks to the coronavirus headlines. The fear is global, so the impact on the mega airlines is also widespread. It is too early to determine the final effect on their bottom lines, but Wall Street doesn’t wait for the report cards. Investors sold DAL stock down 10% in just a few days last week.

Luckily, the drop came after an earnings pop, so the net effect was much ado about nothing if we consider a few weeks of trading. The stock has been see-sawing inside a wide range and more volatile than it should be. Delta sells at a 8 trailing price-to-earnings ratio and 0.8 times sales. Owning it at these levels is not likely to be a financial debacle in the long run. That means that there is little fat to trim so it should trade in a tighter pattern. Nevertheless, price is truth.

The headlines add to the confusion but virus or not, DAL stock was facing resistance above $63 per share anyway. It marked a sharp failure point last July, and rarely does a stock price blast through prior ledges on the first try without reason. Those who specialize in charts would even argue that the news doesn’t matter at all. The truth lies somewhere in the middle.

There Is Value in Delta Air Lines Stock 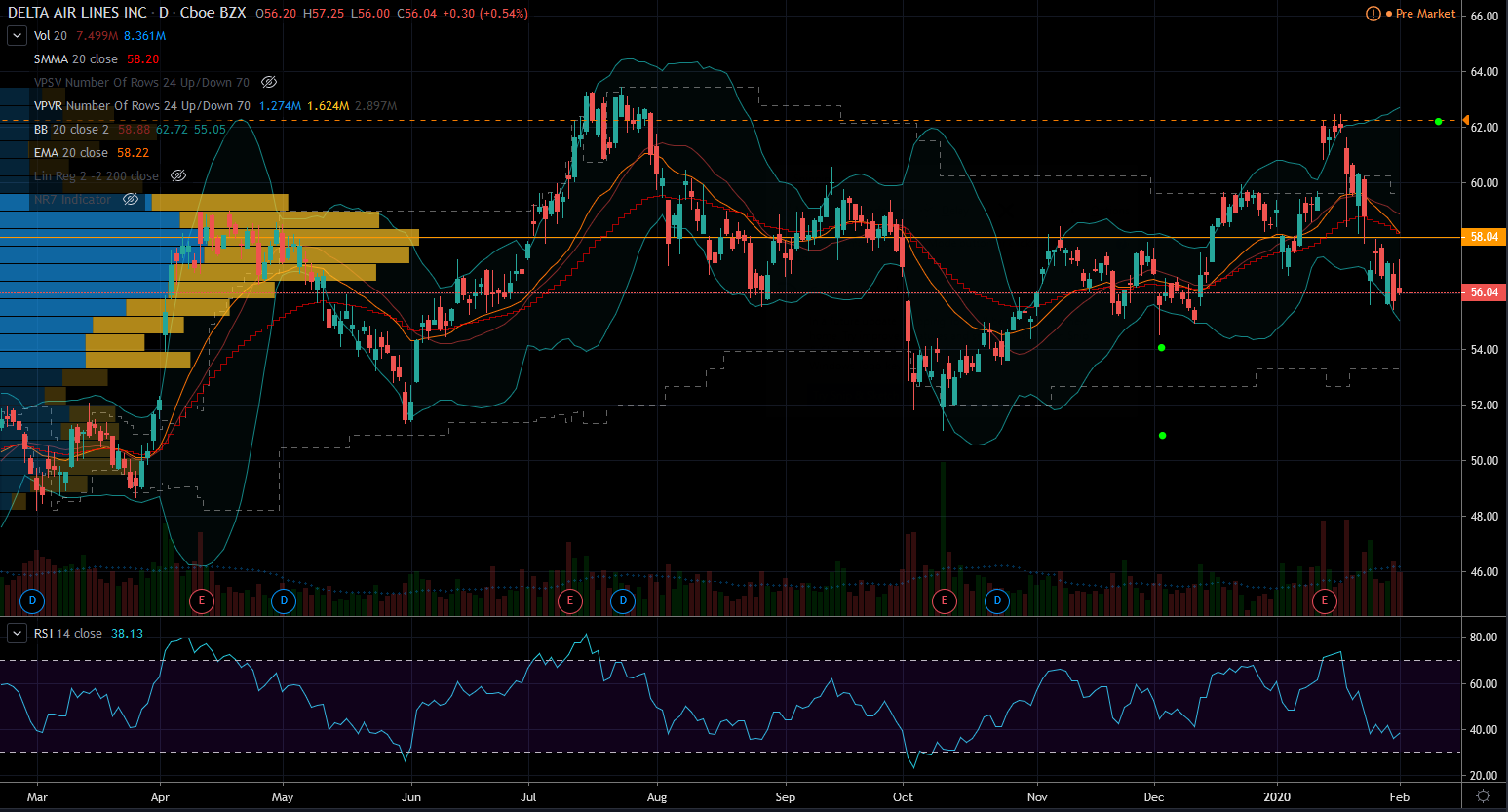 I see the fundamental arguments behind owning the stock. And clearly there is value to Delta, but using the charts to spot favorable entry points would be a smart overlay to anyone who prefers seeing green rather than red in their portfolio. I doubt anyone’s goal is to see a stock drop right after they make an entry. And to that point, DAL stock at $62 per share was not at an obvious entry point.

Those who were patient then can now enter with a 10% edge to those who chased. Over the long term it may not seem that important, but there is also the matter of stop losses. Many who entered at $62 may have already been stopped out of their positions. It is not always the case that they invest for the long term.

This is not the same as saying that DAL has bottomed. In fact, if it falls below $54.50, it could target the October lows. Although this is not my primary assumption, it is a viable scenario that exists here. If DAL bases and then rallies to the $59 area, it would offer a chance to fix broken trades from last week. Short term, sellers now have the reins.

How to Trade DAL

An alternative to buying Delta shares is to use the options markets. There, investors can sell puts below support to get long DAL with a buffer from the current price. For example, instead of risking $56 per share with no room for error, I can sell the April $50 put and collect over $1 for the risk. Then I won’t even need a rally to win, because only if the price falls below $49 will I start accruing losses from ownership.

They don’t ring bells at highs or lows so the charts are important tools that help investors avoid obvious pitfalls. DAL stock has no clear potholes after this dip, so if I am still long the stock after last week’s debacle, I shouldn’t panic my way out of it. Furthermore, this would also make a decent entry point given the current macroeconomic conditions. There is the risk of headline drag from the virus.

I hate to even mention it, but if the news becomes deadly outside of China like in the U.S. or Europe, then Delta could potentially head lower.