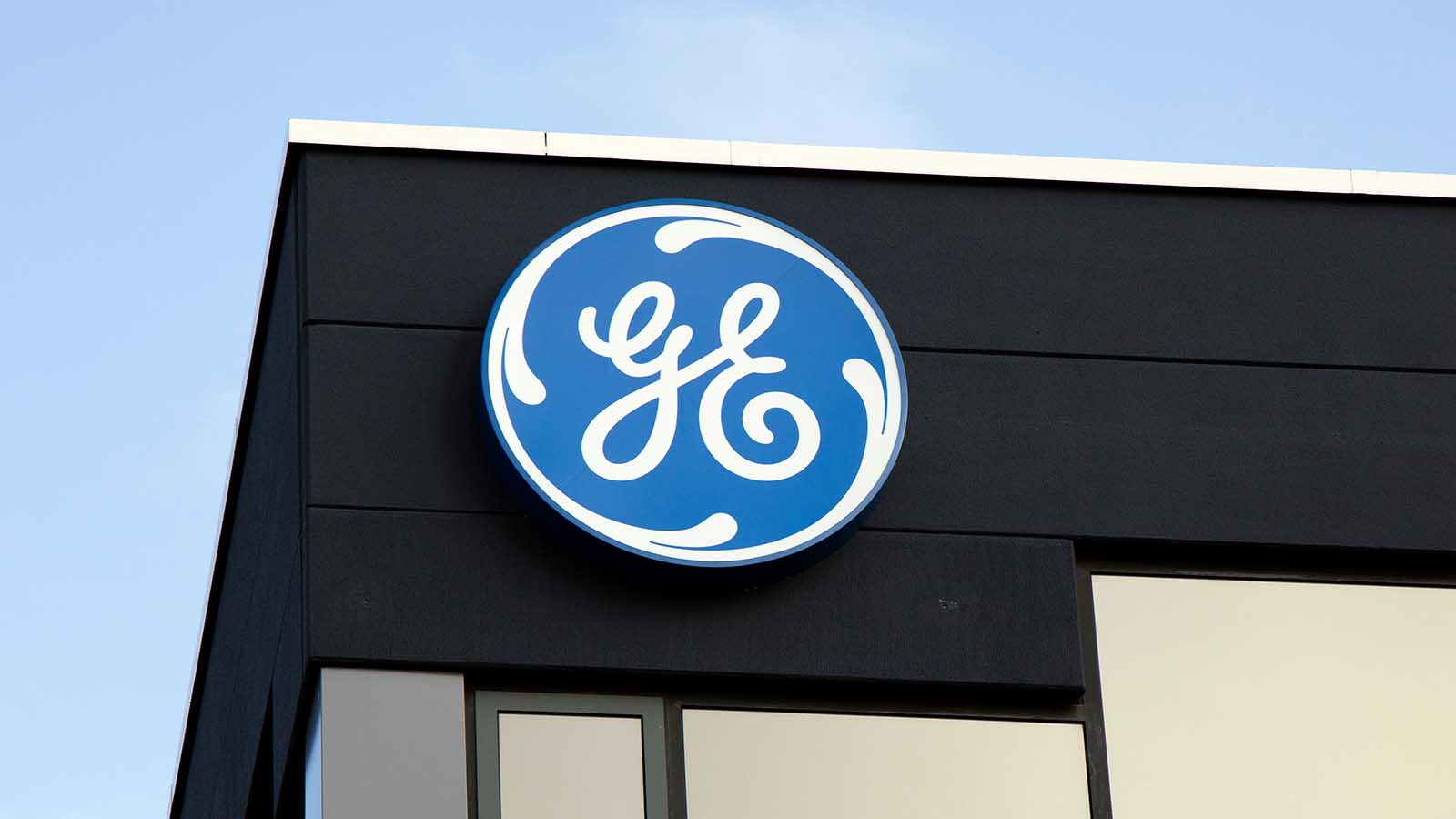 Talk about a blast from the past. General Electric (NYSE:GE) stock is up over 16% so far this year, thanks in part to a better-than-expected earnings report last week that has some believing there’s new life in the beleaguered company.

GE bulls were also cheered by the company’s free cash flow of $2.3 billion, which was at the upper end of guidance.

The positive report gave CEO Larry Culp something to crow about. And since he took over the top post in October 2018, he hasn’t had much to celebrate.

“We’re proud of our progress in 2019, including decisive actions to reduce our leverage and strengthen our businesses,” Culp said in a press statement. “Our work continues, but GE’s committed team, exceptional technology, and global network make me more confident than ever that we can deliver.”

Should you believe in the GE turnaround story? As ESPN’s Lee Corso would say, not so fast, my friends. As a stock, General Electric is in deep, deep water. A one-quarter turnaround is just the first step of a long journey toward redemption.

It hasn’t been so long since General Electric earnings really mattered. Since the company is one of the first in the cycle to issue its report, GE earnings used to be a bellwether for the stock market and the general economy.

GE was one of the original members of the Dow Jones Industrial Average. It was known for everything from light bulbs to home appliances, aviation, power and even healthcare. Even as recently as 20 years ago, it had a market capitalization of $600 billion. That made it one of the most valuable public companies in the United States.

But it all fell apart, thanks to a failed effort to invest in the homeland security business and disastrous bets on the oil and gas industry. The company’s deal to merge with Baker Hughes (NYSE:BKR) has been particularly painful.

“In 2004, with U.S. home prices rocketing, GE paid $500 million for a subprime mortgage company called WMC. In 2007, with home prices falling, GE laid off most WMC employees and sold the company, which lost $1 billion that year,” Fortune’s Geoff Colvin wrote. “This past February, GE announced that the Justice Department ‘is likely to assert’ violations of law at WMC when GE owned it, and GE reserved $1.5 billion against a possible penalty”

And then there’s the dividend. General Electric was one of the most reliable dividend stocks before it lost 60% of its market cap between late 2016 and early 2018. That drop came even while the rest of the stock market was rising. GE cut its dividend in half, from 24 cents to 12 cents, in April 2018, then shaved it down to just a penny later that year.

Jeff Immelt, who succeeded longtime CEO Jack Welch, gets most of the blame for GE’s fall.

Immelt’s abject failure as CEO even casts a pall on the legacy of his predecessor, under whose leadership GE’s value rose by 4,000% from 1981 to 2001.

Although it was once a blue-chip stalwart GE’s time as a dependable stock has come and gone. It was booted from the Dow in 2018 — a huge embarrassment — and GE stock is down 49% in the last five years. It completely missed out on the bull run that pushed the Dow and the S&P 500 to repeated new heights.

If you are to believe this turnaround story then you have to accept the fact that GE is standing at the bottom of a veritable ocean of mismanagement, weak performance and an outdated business model. It has years to go before it breaks the surface. And you’re likely to drown if you go along for the ride.

There are better stocks out there than GE. Appreciate that there’s a temporary bump in the stock price, sell GE stock and move on to greener pastures.

Patrick Sanders is a freelance writer and editor in Maryland, and from 2015 to 2019 was head of the investment advice section at U.S. News & World Report. Follow him on Twitter at @1patricksanders. As of this writing, he did not hold a position in any of the aforementioned securities.