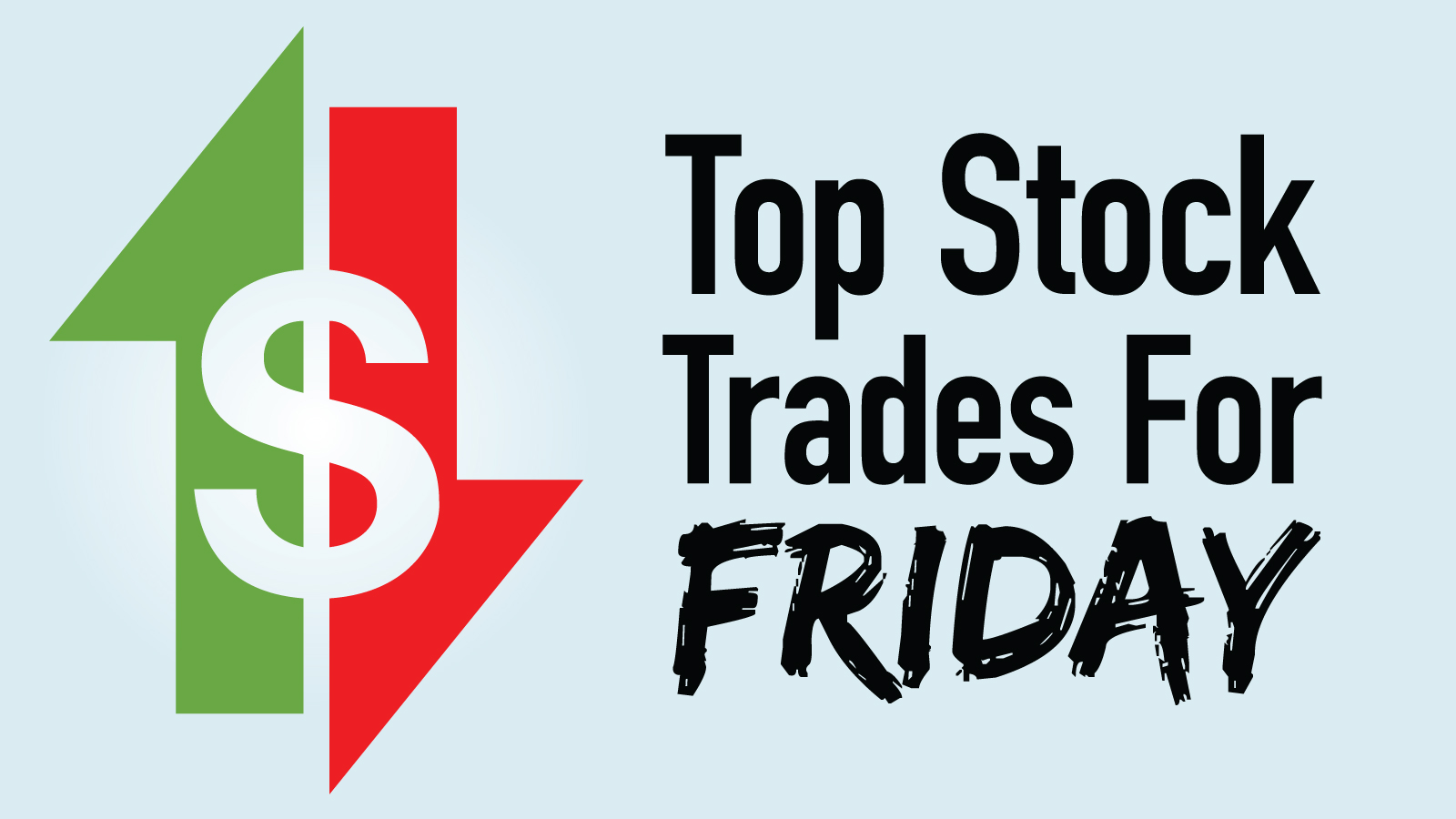 Stocks added to their gains for the week, with the S&P 500 again inching higher on Thursday. That said, here’s our top stock trades going into Friday.

Alphabet (NASDAQ:GOOGL, NASDAQ:GOOG) stock flirted with a larger breakdown, but was able to hold in amid the post-earnings selling.

The $1,420 level and 20-day moving average continue to act as support, even though it looked like shares would break lower and drop to $1,400 or below. On the upside, short-term downtrend resistance continues to weigh on the stock, and investors can see that it drew in sellers on Thursday.

Twitter (NYSE:TWTR) is surging on its post-earnings action. The stock filled its prior earnings gap from October on the move, while also reclaiming the 100-day and 200-day moving average.

Now the test is, can it hold up over the $39 area? Over this mark and the 38.2% retracement, and TWTR stock can continue its march higher. Below, however, and investors will need to see where support comes into play.

From here, it would be most encouraging that the stock holds up over the 200-day moving average — provided $39 does not buoy the share price.

iRobot (NASDAQ:IRBT) has been relentlessly hammered thanks to the tariff situation with China. On Thursday, however, the selling pressure has abated — with IRBT rising almost 20% on a better-than-expected quarterly report.

In December, IRBT stock broke out over downtrend resistance (purple line) and the declining 50-day moving average. When shares dipped in early January, this area held as support and allowed an uptrend mark to form (blue line).

While that would be a large rally, keep in mind how far this stock has fallen from the highs. Let’s put it this way: Even if shares doubled from current levels, IRBT still wouldn’t hit its 52-week high of $132.88.

We did a trade preview of Peloton (NASDAQ:PTON) on Wednesday ahead of earnings. On Thursday, shares are getting clubbed, down more than 10%.

The stock gapped below its 50-day and 20-day moving averages — which is never a good sign — and couldn’t hold any of its uptrend lines. Now it’s teetering on $29, which is the stock’s IPO price from September.

If it fails as support, look for a possible drop down to the $26.50 to $27 area. If it does hold as support, see if it can reclaim the 50-day moving average and uptrend support.

Match Group (NASDAQ:MTCH) was hit hard on Wednesday, sending shares right down into support. On Thursday though, the stock is rebounding and nearly engulfing the prior candle.

Here’s the layout now: Below the 50-day moving average is a sign to use caution. In that event, it will put key support back on the table, which is uptrend support (blue line), along with the 100-day and 200-day moving averages. Below the latter, though, and bulls may want to steer clear of Match.