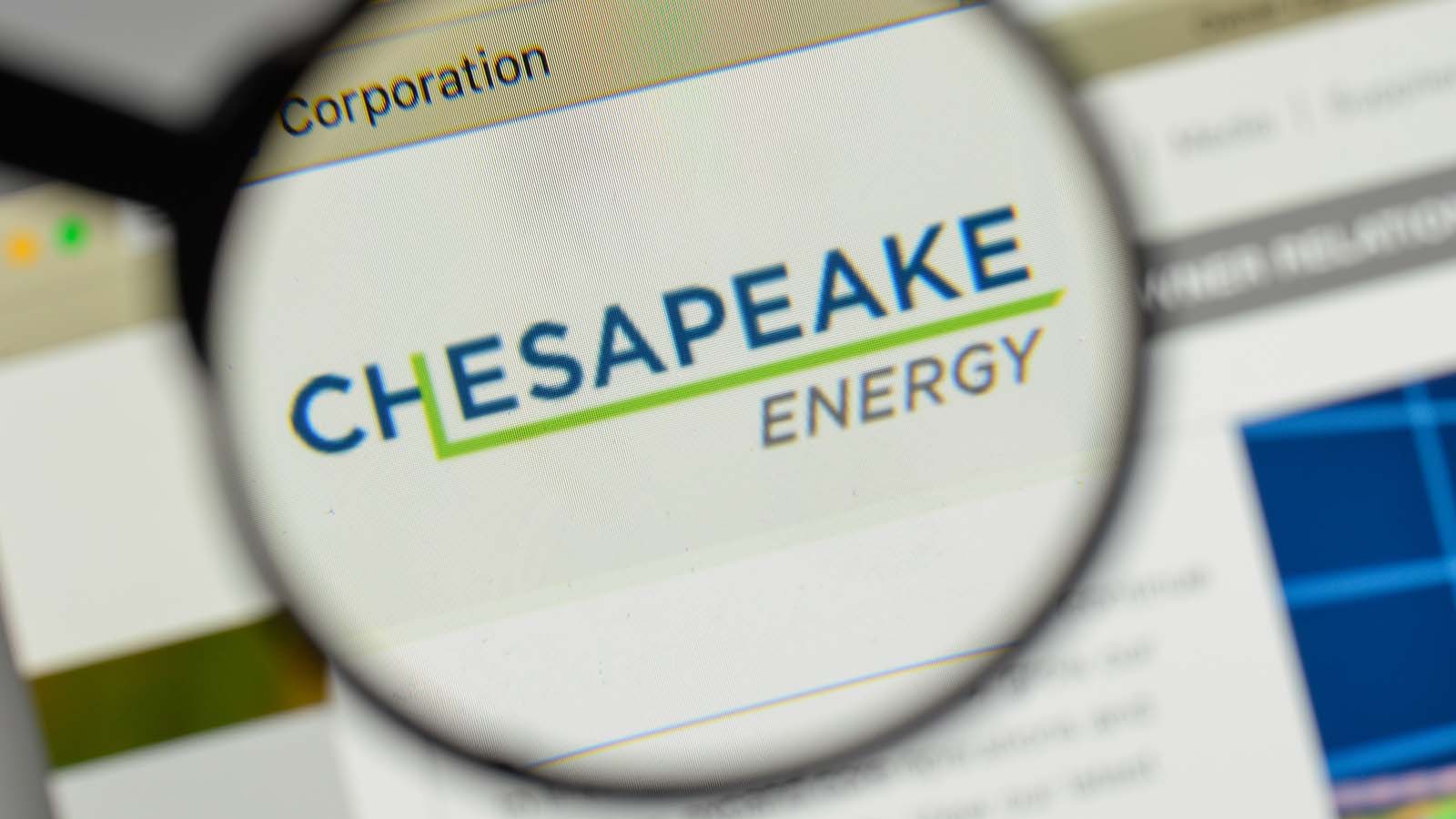 Beleaguered oil and gas firm Chesapeake Energy (NYSE:CHK) is again generating headlines for the wrong reasons. Recently, a Reuters report revealed that the daughter of a worker who was tragically killed in an oil-well explosion sued Chesapeake and three other organizations, claiming in part an unsafe work environment. Although it won’t kill CHK stock on its own, the lawsuit is a lowlight among several.

From the fundamentals to the financials to the front page, Chesapeake Energy screams disaster. This is an organization that is not racing against time but inevitability. Based on the company’s instability as well as an unfavorable backdrop, CHK stock could very well go to zero.

Initially, that might sound as if I’m contradicting my bullishness on equities. In contrast to the naysayers, I don’t see the current bull market as overextended. If anything, we probably have a good ten years before we need to think about responding to an imminent correction.

As my readers know, I’m a big believer in megatrends. These overwhelming catalysts will fuel what I call the Roaring 2020s. However, the opposite is also true: if a company is not aligned with these trends – or worse, positioned against them – it faces severe dangers. Such is the case with CHK stock.

Frankly, oil is a yesteryear energy source. During the era when vehicles ran exclusively on petroleum-based products, oil was an absolute necessity. Further, supply demand dynamics reflected this economic reality. But in the world of alternatives forwarded by Tesla (NASDAQ:TSLA), Nio (NYSE:NIO) and many others, oil is losing ground.

That’s not to say that oil is completely irrelevant as the transition will take time. But this leaves Chesapeake with no margin for error.

The main problem with Chesapeake’s recovery initiative is that they’re dealing with “dumb” commodities. There’s nothing special about them. Because of that, they’re driven by supply and demand. With the introduction of viable alternatives, supply necessarily increases, depressing demand.

Even if Chesapeake cleans up its own house, it can’t do anything about the broader wave impacting its industry. Therefore, CHK stock is a losing bet.

Tellingly, CHK has an inverse relationship with proven oil reserves in the U.S. When shares started trading in 1993, Chesapeake was in the midst of declining reserves. It was the go-go 1990s, with soaring crude oil demand pressuring inventory. This same trend developed throughout most of the 2000s decade.

However, an interesting thing happened in 2008. As global investment indices crashed, so did oil reserves, hitting a multi-decade low of 19.1 billion barrels. According to data from the U.S. Energy Information Administration, such a level hasn’t been seen since the beginning of World War II. 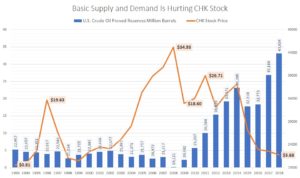 Subsequently, CHK stock hit an annual average peak of just under $35 a pop. Since then, shares have never looked the same as oil reserves steadily climbed, first due to reduced demand and later through increased oil production and the introduction of hybrids, electric vehicles and other transportation alternatives.

The trend is only getting worse, heaping exponential pressure on CHK stock.

Waiting for the Inevitable

About the only thing that could have saved Chesapeake was a focus on financial stability. Commoditized names can still win. But when you’re competing on price and not on product differentiation, you’ve got to have your fiscal house in order. Commoditization sometimes requires wars of attrition.

However, Chesapeake nuked that chance when they decided to get acquisitive. To add insult to injury, management acquired WildHorse Resource Development. This is completely against my investment philosophy. Instead of banking on where the money will be, Chesapeake essentially banked on where it once was.

The move didn’t make any sense then and it certainly doesn’t make any sense now. Sinking their financials by choice, the energy firm must depend on favorable underlying market conditions. But that’s not happening as the megatrend is moving in the opposite direction.

Ultimately, I see CHK stock as unreasonably risky. It neither benefits from corporate leadership nor from industry conditions. You’re left depending on the emotions of the masses. That’s a gamble I’m not willing to take.