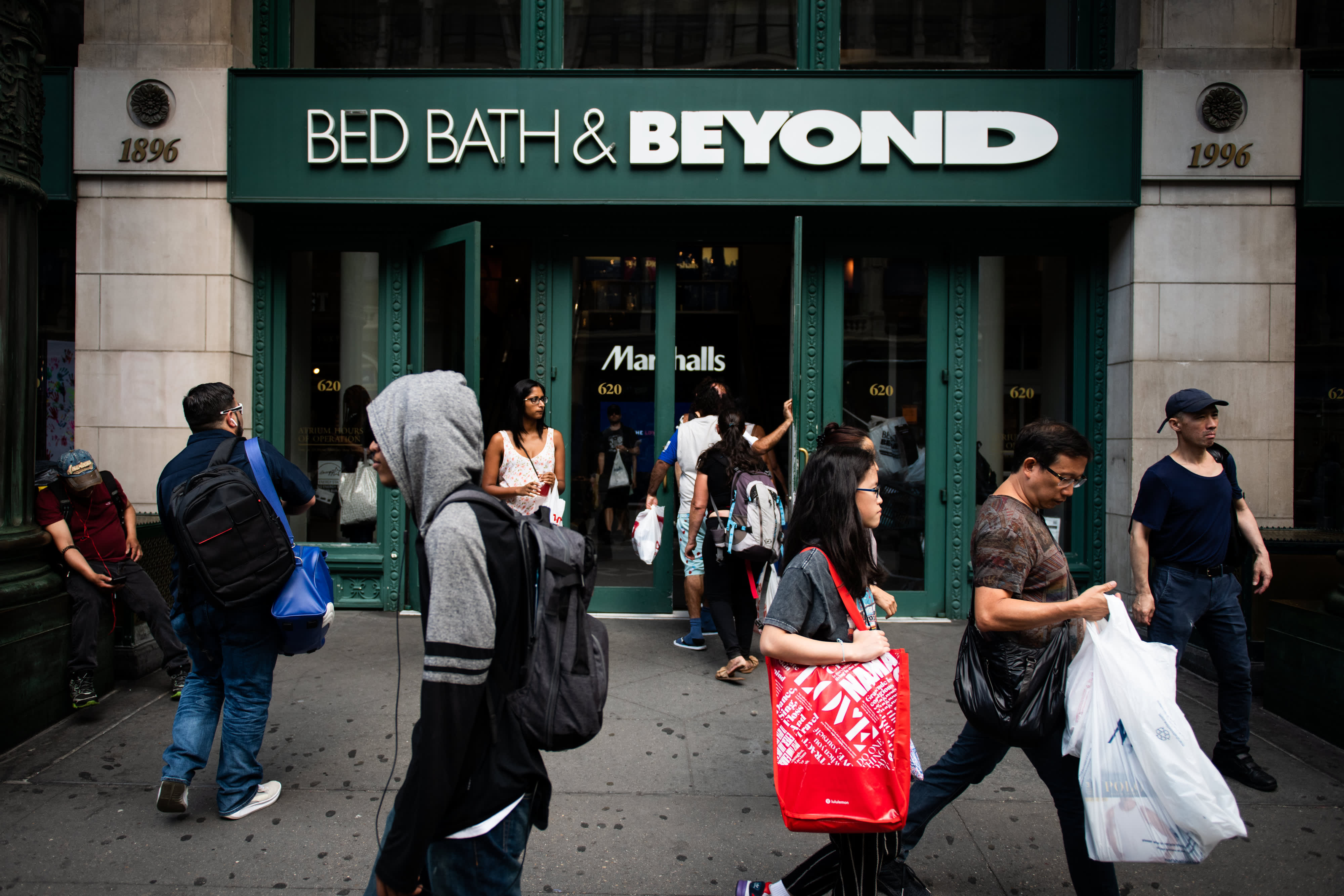 Check out the companies making headlines in midday trading.

Lyft — Lyft shares dropped nearly 9% after the ride-sharing company failed to update its timeline on when it would become profitable. This overshadowed stronger-than-expected results for the fourth quarter.

Bed Bath & Beyond — Shares of the home goods store chain plummeted more than 25% on disappointing sales. Bed Bath & Beyond said its same-store sales for December and January dropped by 5.4%. Analysts polled by Refinitiv expected a decline of 3.97%. “We are experiencing short-term pain in our efforts to stabilize the business,” CEO Mark Tritton said in a statement.

Shopify — Shares of Shopify soared more than 12% after the company reported better-than-expected fourth-quarter results and gave upbeat guidance for the full year 2020. Shopify reported earnings of 43 cents per share, exceeding consensus estimates of 24 cents per share, according to Refinitiv. Shopify makes software for companies to sell products online.

Micron Technology — Micron climbed more than 6% after an analyst at UBS upgraded the chipmaker to buy from neutral. “As cyclical concerns evaporate, structural dynamics should carry the day,” the analyst said in a note.

CyberArk Software — Shares of CyberArk Software tanked more than 13% after the cybersecurity company gave a disappointing outlook. CyberArk gave a full-year adjusted EPS guidance of $2.26 to $2.38, below the consensus Refinitiv estimate of $2.79. The company beat earnings and revenue expectations, however.

Carnival — Shares of Carnival rose more than 2% despite the cruise line saying the coronavirus could dent earnings this year by as much as 65 cents per share if the cruise line is forced to suspend its operations in Asia. Shares rose as investors have been anticipating a material impact to earnings because of the virus. The shares are down for the year.

Wynn Resorts, Las Vegas Sands — Shares of Wynn Resorts and Las Vegas Sands rose 2.5% and 2%, respectively, after Bank of America upgraded both casinos to buy from neutral. The bank said investor and stock reaction has been “muted” since the coronavirus crisis began and the threat may be “passing.”

Hess — Shares of the oil company gained more than 3% as energy stocks led the S&P higher on Wednesday on the back of surging crude prices. U.S. West Texas Intermediate crude gained 3.5% at its session high as traders eye potentially deeper production cuts from OPEC. ConocoPhillips, Marathon Petroleum and Devon Energy were among the other names in the green, all posting a gain of more than 2%.