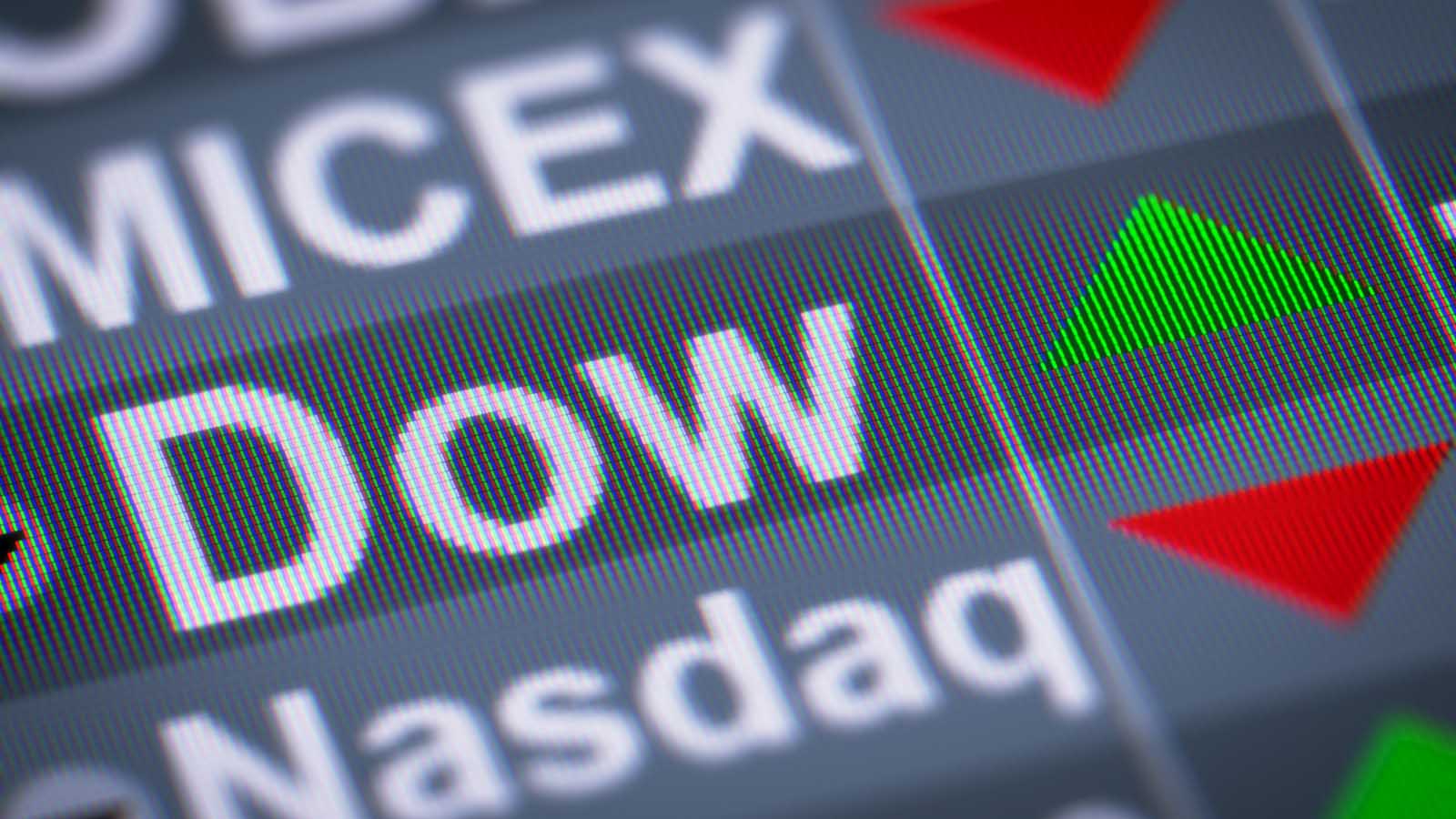 Global equities are reeling as the coronavirus from China continues to spread globally, killing its first victim in Japan. The outbreak is also forcing China to choose between killing its economy or killing more citizens by sending people back to work too early. Add to that reports the U.S. military is preparing quarantine facilities on bases and people are suddenly feeling fearful again.

No surprise then that the Dow Jones Industrial Average is stalling just below the 30,000 level and looks set for another test of its 200-day moving average last touched back in October. Here are three stocks that are already rolling over. 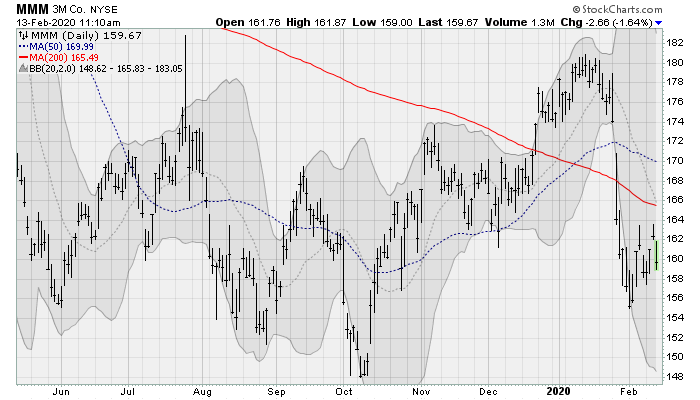 3M (NYSE:MMM) shares are rolling over after the company reported disappointing earnings despite a 2.1% increase in sales from the prior year period. And mixed forward guidance only added to the pressure. The company is feeling the pressure from the going ons in China because of its exposure to the automotive sector, where it provides things like acoustic systems. Thus, the company’s transportation and electronics segment saw a 5.9% drop in sales.

Management is responding with job cuts to bolster profitability, but cost cutting is always a bad look especially when years of top-line growth have spoiled investors. This was bad timing for the folks at Wolfe Research, who just upgraded the stock to “neutral.” 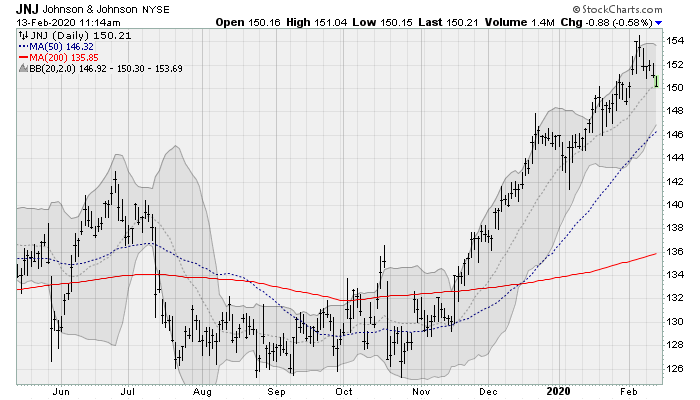 Shares of healthcare icon Johnson & Johnson (NYSE:JNJ) are threatening to fall below their 20-day moving average. Such a fall would break the post-October uptrend the stock has enjoyed as consumer health claims continue to dent sentiment. A New Jersey state jury recently ordered the company to pay $750 million in punitive damages to four plaintiffs. Legal headwinds also remain from opioid and antipsychotic medications.

Investors are also feeling sour after a mixed earnings report at the end of January. Sales of baby products in the United States — a key retail category for the company and a source of a lot of brand goodwill — fell nearly 27% year-over-year. 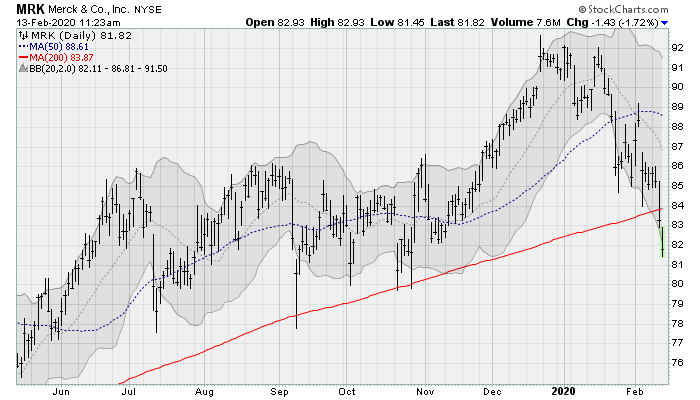 Merck (NYSE:MRK) shares have fallen below their 200-day moving average, breaking an uptrend pattern going back to early 2018. This looks like classic profit taking as the company just reported solid earnings. But why all the selling? The pharmaceutical company reported revenue rising nearly 8% year-over-year on a 7% increase in pharmaceutical sales.

Well, Vermont Sen. Bernie Sanders’ win in the New Hampshire primary could be a concern. Sanders has been a vocal critic of drug prices and an advocate for single-payer healthcare in the United States. President Donald Trump, in his State of the Union address, also called for a “bipartisan legislation on drug prices.” That’s probably the only thing Sanders and Trump would ever agree on: Prescription drug prices are too high.

As of this writing, William Roth does not hold any of the aforementioned securities.