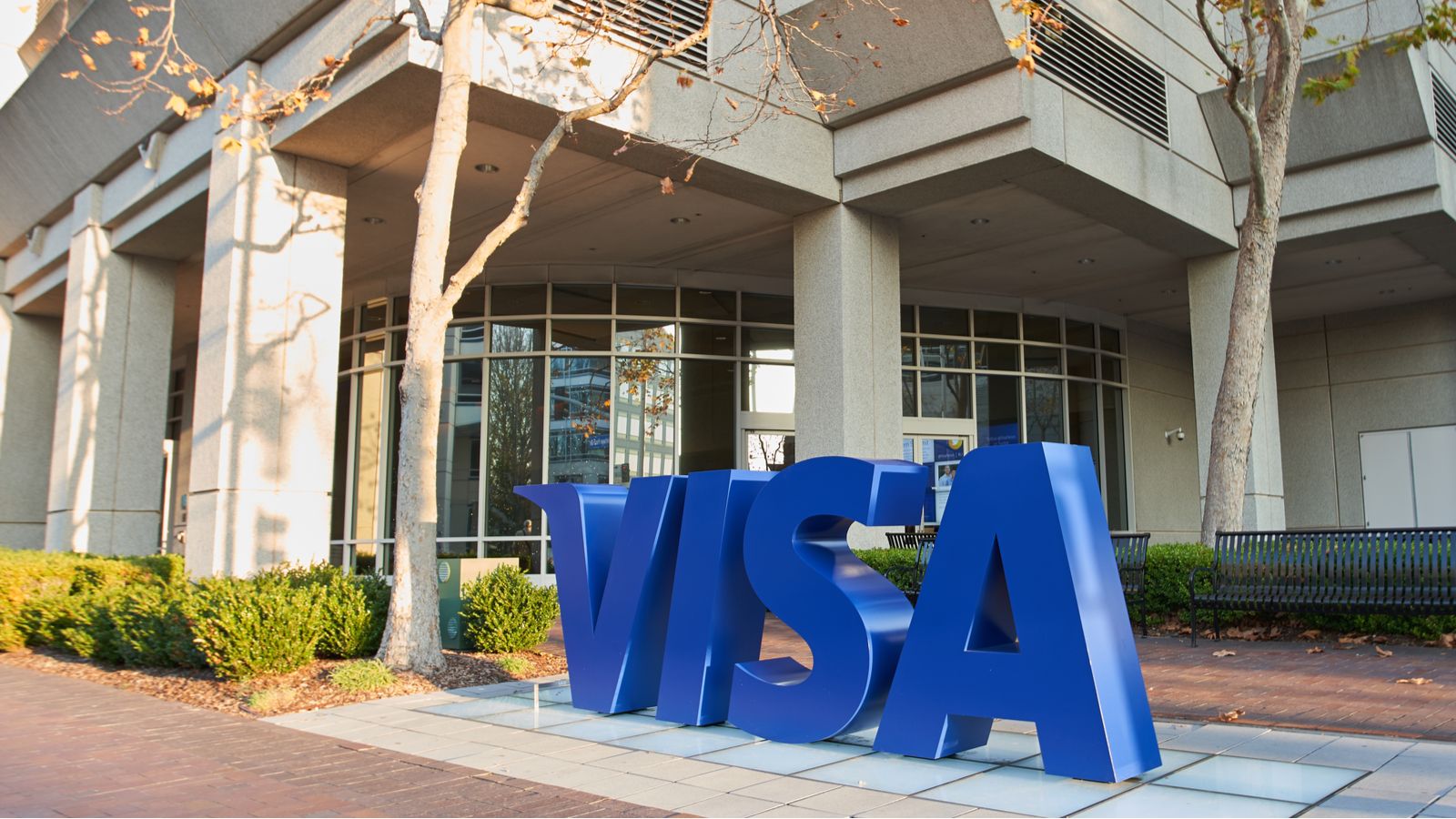 Amid the growing and increasingly competitive fintech space, the tried-and-true credit card company Visa (NYSE: V) keeps chugging along. But there’s a note of caution: Visa stock gave investors a rare double miss when the company reported fourth-quarter earnings last month and fell more than 2% as a result. 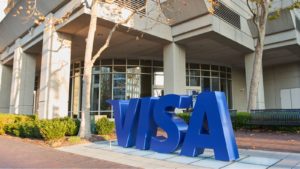 Is this a sign of things to come for Visa? After a decade of solid earnings and profits, is the tide beginning to turn for V stock?

I don’t think so. Let’s look at three reasons why investors should still be bullish about this payment processor.

1. Visa Has a Solid Earnings History 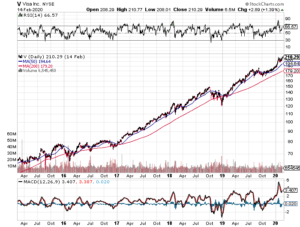 Visa is a great company to own because of its business model. The company makes money every time someone makes an electronic transaction with one of its 3.3 billion credit cards, and it has three segments that bring in the profits – data processing, international transactions, and services.

There aren’t too many stocks that boast a chart as consistent as Visa’s. The company’s stock has seen a 1,200% boost since its initial public offering in 2008, by far outpacing the S&P 500 index, and its growth has been as consistent as they come.

And that’s likely to continue. Oppenheimer analyst Glenn Greene raised his price target on Visa from $210 to $220 last week, saying he came away from the company’s Investor Day event impressed with its prospects. He says Visa is “quite focused” on accelerating growth through a greater focus on consumer payments, more payment flows and increasingly offering value-added services.

That’s a lot for investors to appreciate.

2. Visa Has a Growing Dividend

I really can’t say enough about how much I love good dividend stocks. When you have a company that provides solid growth like Visa and add a healthy dividend that pays you to hold the stock, what could be better?

Visa has been growing its dividend for 11 consecutive years, which is as long as the company has been traded publicly. The yield is nothing to brag about – just 0.6% right now (thanks Visa’s great stock performance) but Visa has a payout ratio of 19.5% and recently raised its quarterly dividend from 25 cents to 30 cents per share.

The dividend won’t make you rich, but the company has a clear commitment to rewarding its shareholders – it also bought back more than $31 billion, or 20% of its stock, in repurchases in the last five years. That’s a solid commitment to providing shareholder value, and that’s something to be treasured by any investor.

3. Visa Benefits from a Cashless Economy

Do you still carry cash? No judgments if you do, but a growing number of people are opting to shift to a cashless economy – and that benefits companies like Visa.

As I outlined recently here, customers today are conditioned to carry their credit and debit cards everywhere because it’s super-convenient when compared to cash. Many retailers give you the ability to just tap your wallet or credit card and go, because honestly – who wants to wait around while the cashier fumbles around to hand you a few coins just so you can lug them around the rest of the day?

Even companies like Square (NYSE: SQ) are playing right into Visa’s hands allowing anyone with a side gig to accept credit cards easily.

“With less and less transactions being handled with cash, Visa is set to grow strongly for years if not decades. Visa is a pure cash-generating machine and while tis current yield is significantly below 1%, its dividend gwoth and payout ratio are second to none,” Stefan Ridlich of Seeking Alpha recently wrote in outlining the bull case.

The Bottom Line for Visa Stock

There are plenty of companies out there that are sexier than Visa or who have a headline-making CEO that moves the market every time he does something outlandish (we’re looking at you, Elon Musk).

But there are very few companies that can match Visa for its growth, its commitment to shareholders and its business model. Visa is an outstanding stock for any investor, and now that’s broken through resistance at $210, I expect continued sustained growth for the foreseeable future.

Patrick Sanders is a freelance writer and editor in Maryland, and from 2015 to 2019 was head of the investment advice section at U.S. News & World Report. Follow him on Twitter at @1patricksanders. As of this writing, he did not hold a position in any of the aforementioned securities.