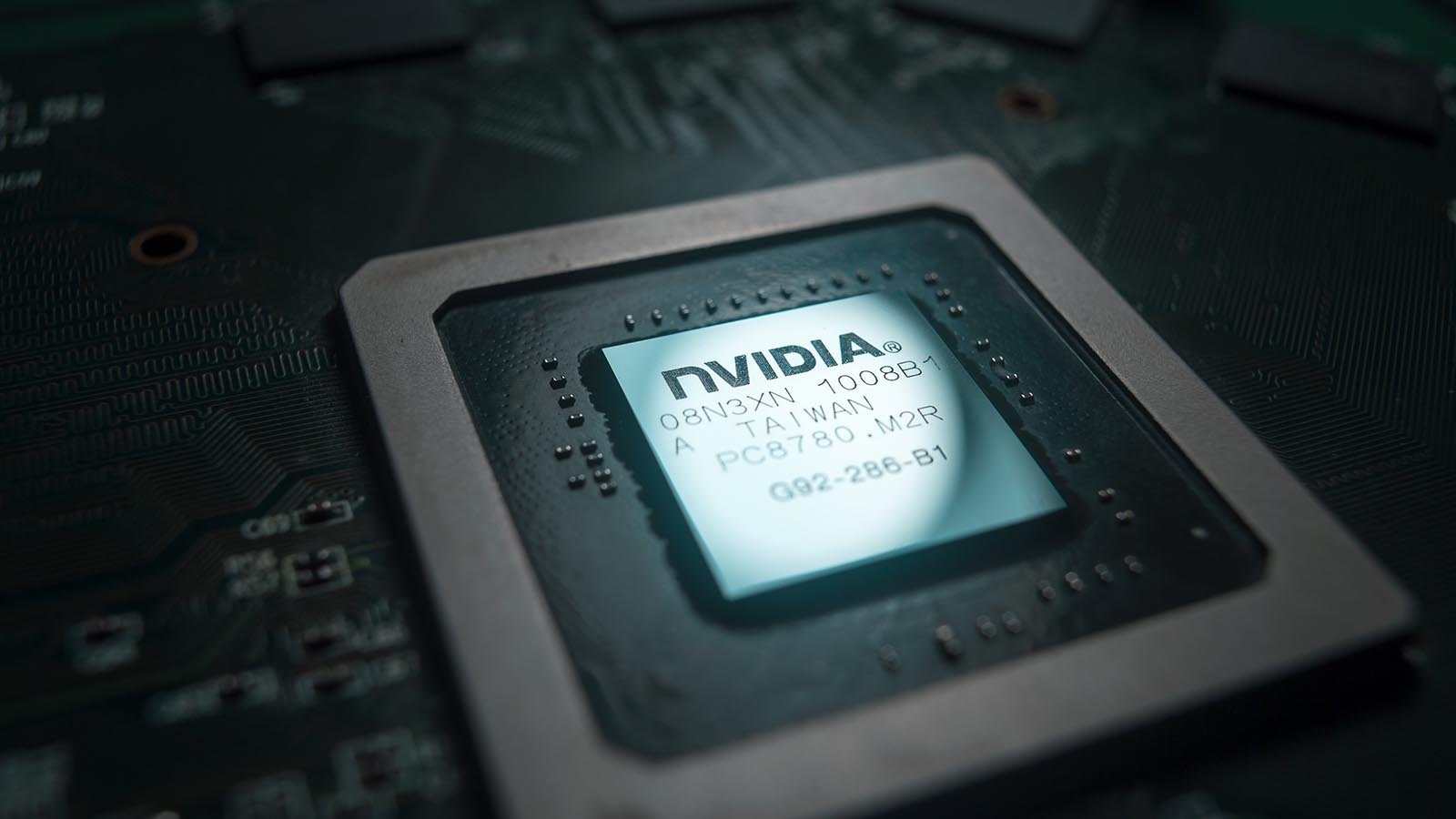 Nvidia (NASDAQ:NVDA) shareholders got a boost Wednesday when Bernstein analyst Stacy Rasgon upped his rating on the chipmaker to “outperform” from “market perform.” At the same time, Rasgon raised his target price by 20% from $300 to $360. NVDA stock gained more than 6% on the news.

What’s got the analyst so excited?

Rasgon believes that recent gains made by the stock — it’s up 37% in the past three months — are based on the company’s fundamental strengths and not the industry’s general momentum. The VanEck Vectors Semiconductor ETF (NASDAQ:SMH) has a total return of 15.4% over the same period.

“With the stock almost exactly back to prior peak levels, it is obvious that not growing more constructive. Sooner, was an error,” Rasgon wrote in his note to clients. “Overall though, we believe, potential forthcoming product cycles, resumption of hyperscale [cloud computing] spending, and potential near-term catalysts, the stock has the potential to continue upward from here, even after the solid run.”

You know what they say, “an object at rest stays at rest, while an object in motion stays in motion.”

Despite the potential of the coronavirus to hit stocks like Nvidia that do a lot of business in China, investors are buying NVDA based on the bigger picture, ignoring any near-term issues that might affect sales and profits. How long can this last?

Reading some recent articles about artificial intelligence suggests the company has a significant runway of growth ahead of it. Is it enough to take it to $400 before the end of 2020? Based on its current valuation, I doubt it.

But then, when has valuation ever been a concern to investors feasting on the longest bull market in history?

AI to the Rescue

InvestorPlace contributor Larry Ramer recently discussed the impact AI is having on Nvidia’s stock price. Specifically, Ramer highlighted the fact that Nvidia’s data center business saw revenues jump by 33% on a sequential basis in the fourth quarter. Ramer believes that AI, unlike the cryptocurrency craze of a couple of years ago, is the real deal.

On that point, we agree. Nvidia spent a great deal of time emphasizing the company’s AI success stories in its Q4 2019 press release. “Alibaba’s and Baidu’s recommendation engines run on NVIDIA AI, boosting inference by orders of magnitude beyond CPUs,” the press release stated.

As if that wasn’t enough, CEO and founder Jenson Huang said, “We are well positioned for the greatest technology trends of our time.”

With that kind of hyperbole, how can it miss hitting $400 by the end of the year?

In all seriousness, I’m bullish on Nvidia’s future, and I have been for some time. In my most recent article about the company in January, I argued that Nvidia is the kind of stock you buy and put in a drawer. Ten years from now, you’ll be delighted with the results.

And while paying almost 18 times sales for the privilege might seem excessive, you will pay 10 times sales for Advanced Micro Devices (NASDAQ:AMD), which has less than one-tenth the free cash flow.

Don’t get me wrong, I like AMD, but if I could only choose one, I’ll continue to go with Nvidia because of its cash flow generation.

The Bottom Line on NVDA Stock

After Nvidia’s 74% gain in 2019, I felt that while it might beat the market in 2020, it would deliver more modest gains to shareholders. Up 24% year to date, the company’s push into AI looks like it’s going to pay dividends for years to come.

Fortune’s CEO Daily newsletter discussed AI on Feb. 19. It pointed to a study from PwC that asked 2,000 global executives which new technologies, including AI, were important to their company’s strategy today, and which would be most important in three years.

AI was the top answer for three years from now, while the top answer today was Robot Process Automation, or RPA. If that doesn’t give you the intestinal fortitude to buy Nvidia at nosebleed valuations, nothing will.

Whether you buy today or wait for a correction — semiconductor stocks always correct — buying NVDA stock for the next 10 years won’t be a mistake.

Unless, of course, AI turns out to be a dud.