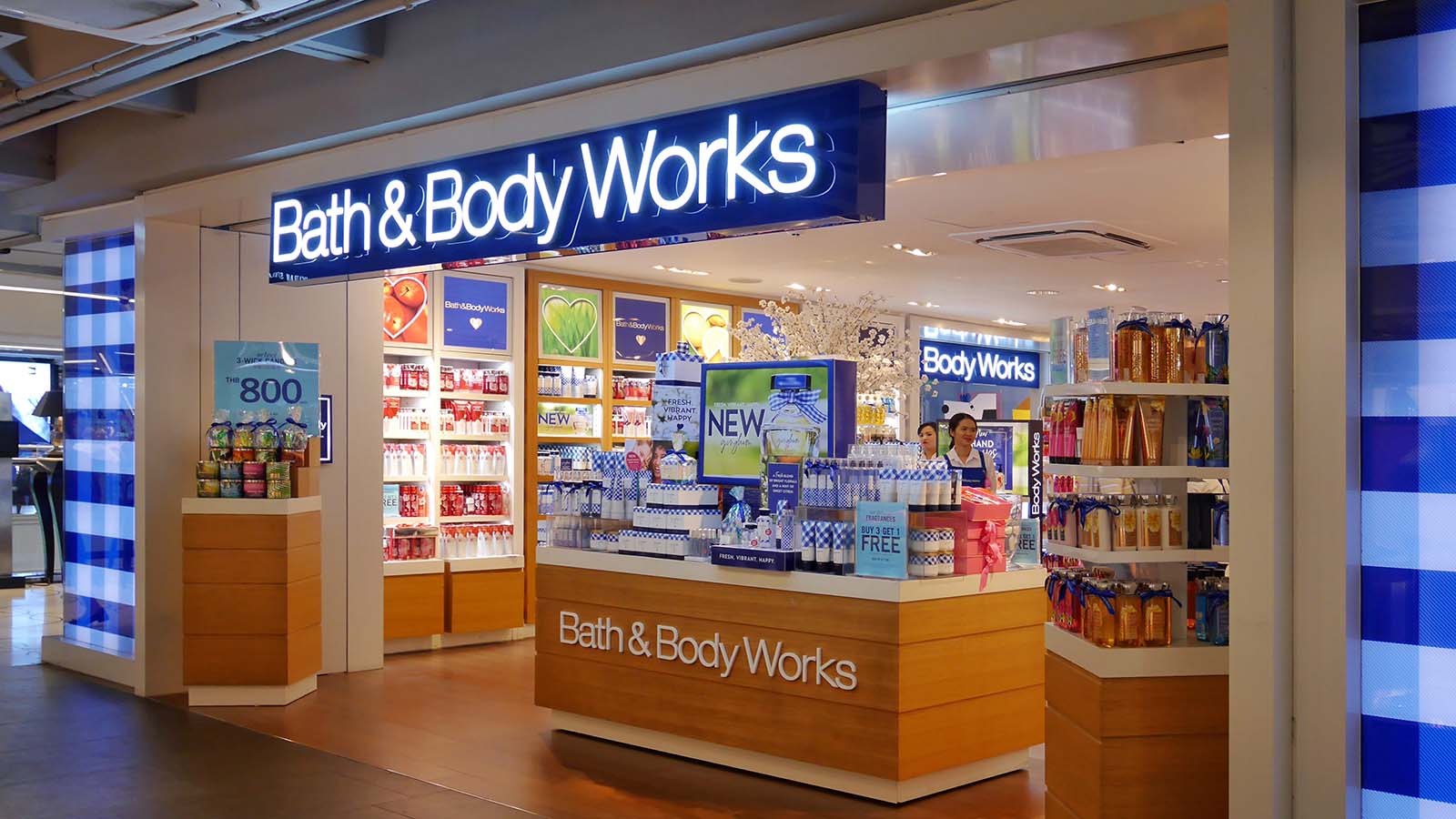 On Thursday, Victoria’s Secret parent company L Brands Inc. (NYSE:LB) announced that it is working with private equity firm Sycamore Partners to spin off off the once legendary lingerie brand as a private company. 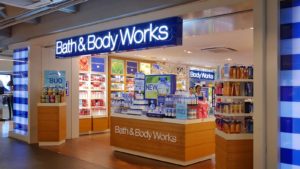 At the same time, longtime CEO and Chairman Leslie Wexner, the 82-year-old entrepreneur who ran Victoria’s Secret for decades, is stepping down. L Brands will keep Bath & Body Works as its primary business, and Wexner will remain on L Brands’ board as chairman emeritus.

While L Brands stock fell as much as 15% before the market opened Thursday, it quickly recovered and, as of Friday morning, is down about 1.7% since the deal’s announcement.

Victoria’s Secret was once a cutting-edge brand.

Founded in 1977 and nestled in virtually every mall from coast to coast by the 2000s, Victoria’s Secret is now a sputtering private equity-dependent company valued at only $1 billion.

In this report, I’ll show you how that happened… how it ties into the Technochasm we’ve been talking about over the past couple of weeks…

When Your Brand Goes Bad

Victoria’s Secret used to be the lingerie brand that set the standard for others to follow, but it is now a has-been – one that is engaged in a brutal fight for its survival.

While this company and its models will still be in business tomorrow, it is struggling to adapt to evolving cultural sensibilities and fashions. Its products are falling flat with younger generations of consumers.

In surveys Piper Jaffray conducts twice a year, the Victoria’s Secret brand ranked consistently in the Top 10. But that stopped in 2018. Even worse, the struggling brand now regularly makes Piper Jaffray’s “Bottom 10” list of retailers that teens no longer patronize.

Negative data points like these indicate that it is out of step with recent cultural shifts and fashion trends.

This company developed a powerful, trendsetting brand from the late 1970s through the 2000s, but it has failed to adjust to the changing tastes of the marketplace.

The supermodel marketing strategies that helped to establish and expand the brand throughout the 1990s and early 2000s are now a liability. Many fashion marketers want nothing to do with manipulated images of “The Perfect Body,” as these images convey negative messages to the very women that the brand’s marketers are trying to attract.

And in 2016, Sports Illustrated featured plus-size model Ashley Graham on the cover of its famous swimsuit issue. That was a first for the magazine. (Interestingly, 2016 also happened to be the year that same-store sales of this brand’s retail outlets started a steep decline.)

Despite the obvious success other “body positive” brands are achieving, Victoria’s Secret kept doubling down on the past.

Its slumping share price reflects L Brand’s struggles. In the past five years, while the S&P 500 Index climbed more than 75%, L Brands fell more than 70%.

But I believe the stock will continue to trend even lower, despite unloading Victoria’s Secret and concentrating on Bath & Body Works. 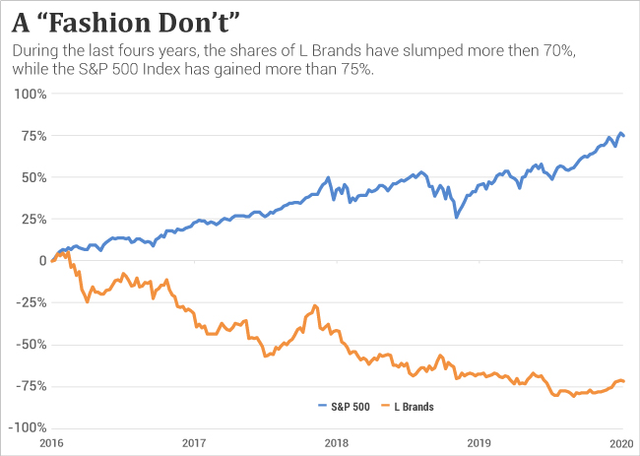 That said, Victoria’s Secret failed not only because of not keeping up with the times, fashion-wise.

It also fell into the Technochasm …

As we’ve been discussing here, that’s the phenomenon in which companies that innovate technologically outperform.

While those that don’t innovate, like Victoria’s Secret… simply fade away.

That said, Amazon and the technology that drives it is not simply a destroyer. It is a creator of new ways of doing business. So companies that learn to mimic Amazon’s world-beating practices will thrive.

L Brands and the clothing sector illustrates this phenomenon perfectly. Companies in the sector that have developed a robust DTC sales channel are growing rapidly. Those that haven’t… aren’t.

Lululemon Athletica Inc. (NASDAQ:LULU), for example, has created a vibrant DTC sales channel. It was one of the first retailers to emphasize online sales, and the company is reaping the rewards of that forward-looking strategy.

Nike Inc. (NYSE:NKE) is also accumulating massive sales volumes and growth from its DTC division, Nike Direct. Last year, almost a third of Nike’s global sales came through Nike Direct, and the company expects to boost DTC sales by at least 50% over the next two years.

On the other hand, companies like L Brands and Capri Holdings Ltd. (NYSE:CPRI), owner of Michael Kors and Versace, have failed to develop winning DTC strategies.

Investors have taken notice. During the last two years, the smart money behind Lululemon and Nike has racked up big gains, while Capri and L Brands investors are big losers.

Not members of my elite-level service, though. I recommended buying puts on L Brands in November 2018. My Speculator subscribers sold them less than one month later for a return of 81.4%!

There’s no going back to the old ways of retailing. Amazon and technology’s other “vampire squids” destroyed that world forever.

But in the process, they created huge opportunities for companies on the right side of the Technochasm.

Those companies – and investors – that adapt and embrace this new paradigm will prosper. Those that don’t, won’t.

I recently recorded a special video presentation in order to explain the growing gap between technology and the rest of the market in much greater detail.

You can check that out here.

Eric Fry is an award-winning stock picker with numerous “10-bagger” calls — in good markets AND bad. How? By finding potent global megatrends … before they take off. And when it comes to bear markets, you’ll want to have his “blueprint” in hand before stocks go south. Eric does not own the aforementioned securities.