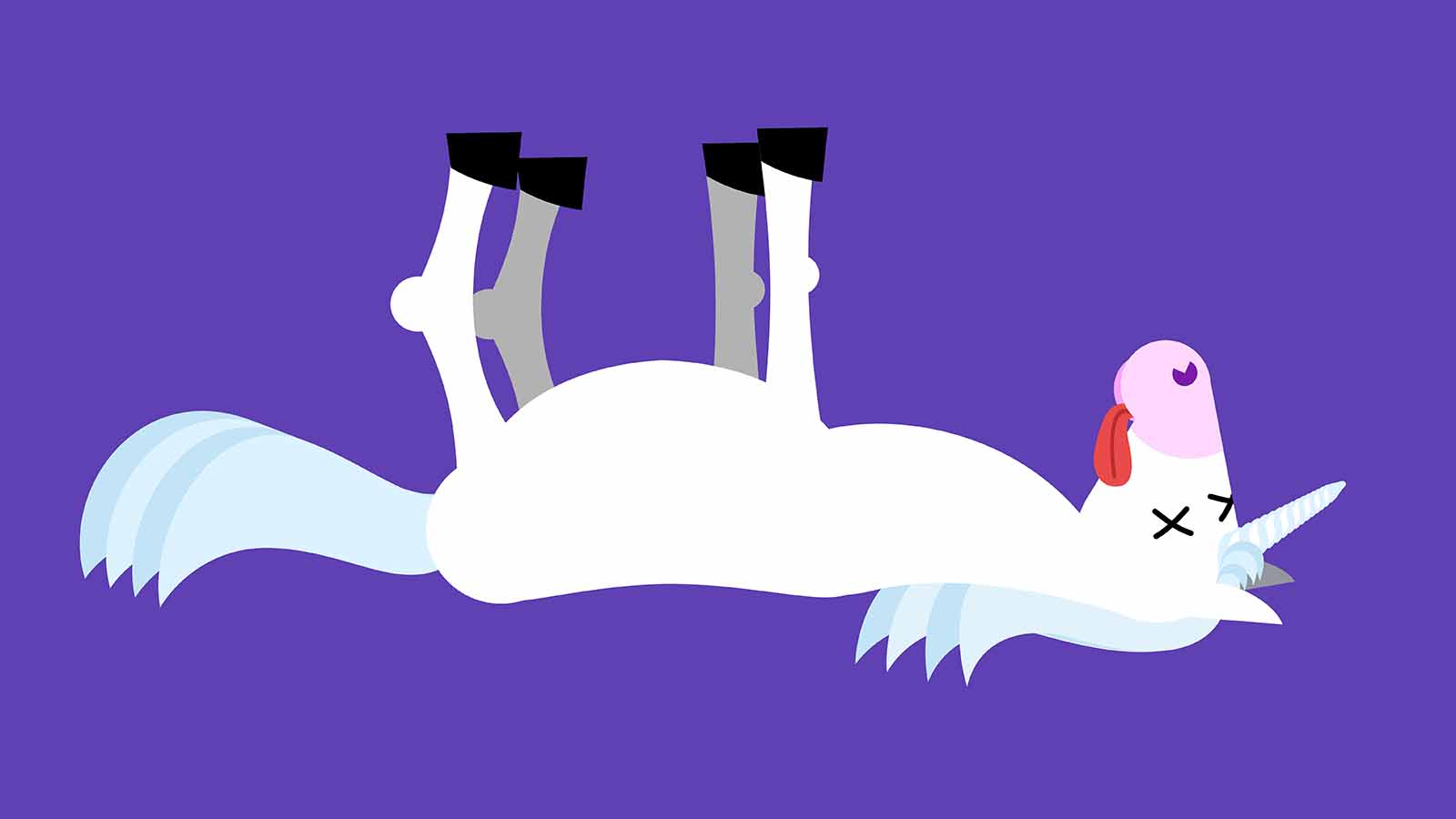 Global equities are getting smashed on Monday as the world wakes up to the fact that the coronavirus from China is fast becoming a global pandemic. No longer limited by seemingly massaged statistics on infections and deaths out of China, the virus now has a strong foothold in Europe. Officials have locked down much of Italy, and those in South Korea have confirmed the presence of the disease.

The Dow Jones Industrial Average is threatening a return to early December lows. Watch for another test of the 50-week moving average down near the 27,000 level.

Among the stocks that are being hardest hit are the former venture capital-backed “unicorns.” These magical companies came to market through high-profile initial public offerings. Then after the fanfare, Wall Street’s critical eye revealed shoddy business models that Silicon Valley chose to ignore.

Here are three unicorns that are in trouble now. 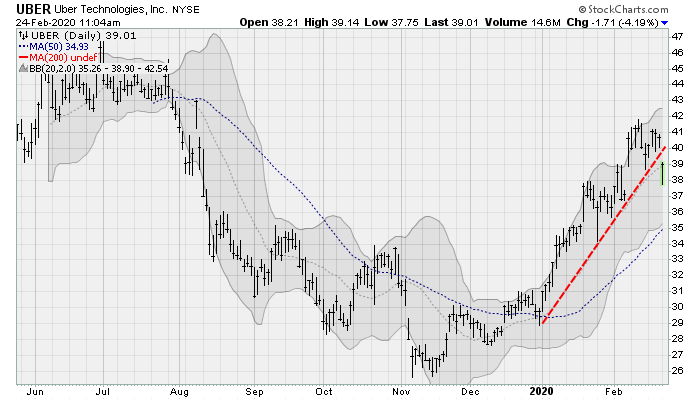 Uber (NYSE:UBER) shares are down more than 7% today in what looks like the end of a four-month uptrend channel. At the least, this price action will likely result in a test of the 50-day moving average near $37.

Shares remain below their post-IPO high as intense competition and a lack of growth drivers (food delivery isn’t really panning out) has investors worried profitability just isn’t going to happen.

Adding to the pressure has been legal headwinds out of California, with a judge recently denying the company’s request to block a new labor law from taking effect. This bill makes it harder to classify its workers as independent contractors, forcing the issue of higher wages and benefits. 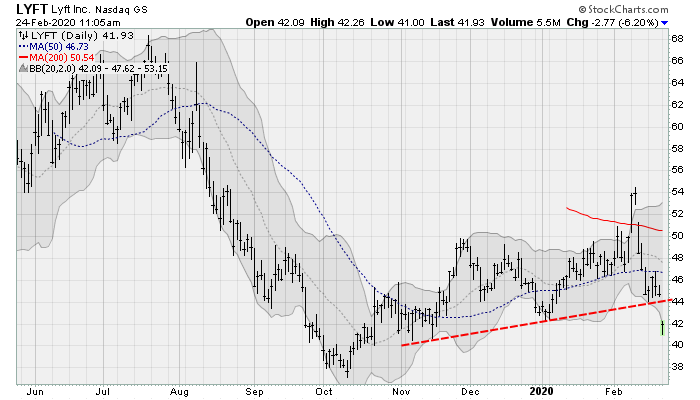 Lyft (NASDAQ:LYFT) shares, as shown above, are breaking down out of a five-month consolidation range. This looks like a critical test of the post-IPO lows set in October. A violation of that would result in a drop to fresh lows. This comes despite the reporting of better-than-expected results earlier this month. A loss of $1.19 per share beat estimates by nearly 20 cents, and revenue was up 52% from the prior year.

But forward guidance was disappointing, according to Cascend’s Eric Ross. That’s despite his preference for the stock over Uber, thanks to its laser-like focus on North American ride-hailing. On the other hand, Uber is involved in everything from flying cars to autonomous vehicles. 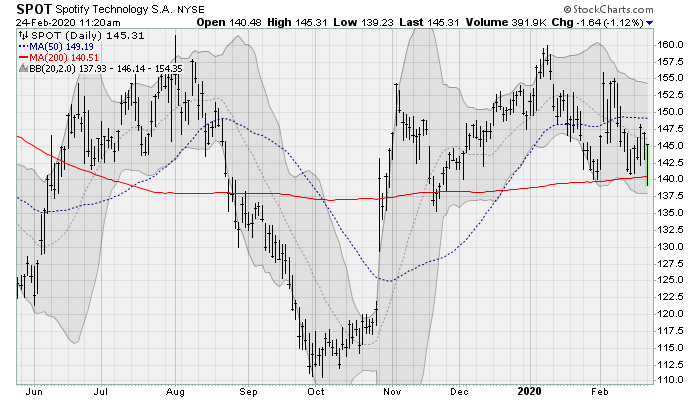 Spotify (NYSE:SPOT) is threatening to fall below its 200-day moving average. Breaking down from here would put an end to a multi-month consolidation range for the streaming music icon. Spotify went public back in 2018 via a direct listing that cut Wall Street out of the process of going public.

That was nice and all, but the fundamentals are challenging with the likes of Apple (NASDAQ:AAPL) and Amazon (NASDAQ:AMZN) pushing in on its turf. Barclays analysts recently lowered their price target despite strong subscriber growth. According to the analyst, the lowered target is thanks to a lack of traction in new initiatives like podcasts.

As of this writing, William Roth did not hold any of the aforementioned securities.