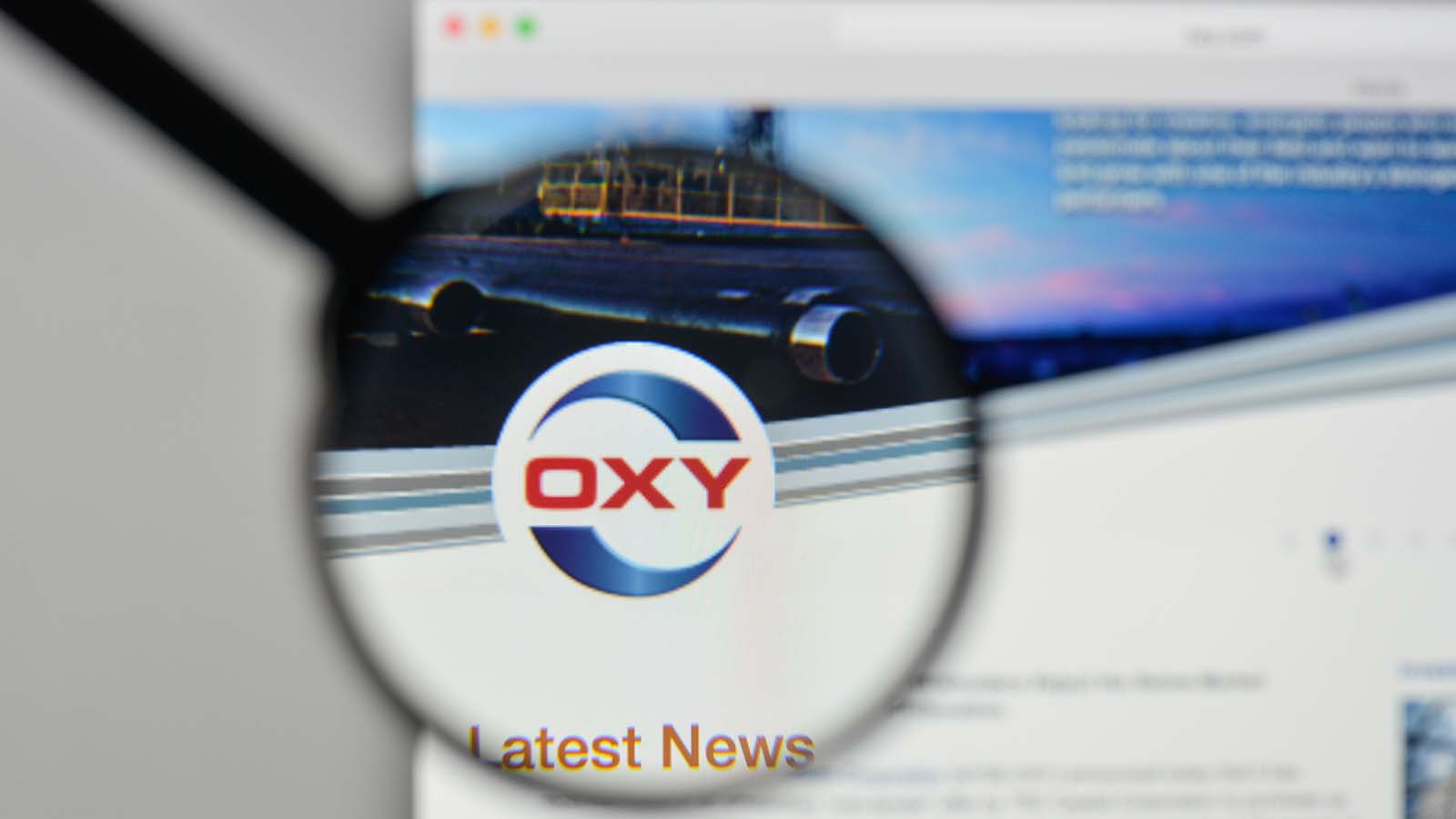 Investing in the energy space has been downright dreadful these past few months and quarters.  Occidental Petroleum (NYSE:OXY) is a well-known, well-respected firm that’s been around a long time, but OXY stock has been falling nonetheless.

In fact, longevity seems to matter very little in the energy space at the moment. Chevron (NYSE:CVX) is hurting, while Exxon Mobil (NYSE:XOM) is hitting a decade low. Growth plays, dividend stalwarts, and companies that have been industry leaders  for decades have all been struggling.

For many investors, that lack of momentum is a major turn off. But other see the long-term potential value of beaten-up stocks. Is OXY stock in the latter category? Let’s look at its charts first.

There have been two recent, positive developments for OXY stock. The first is actually the stock’s reaction to the fundamentals. Specifically, the company announced that it plans to take a $1.7 billion writeoff, and the stock rallied. Does that mean the shares have bottomed? Perhaps not, but seeing the shares rally on that headline was encouraging.

Secondly,  the stock has secured a higher low, but that low is about to be tested.

Take a look at the chart above. The shares hammered out a really solid bottom throughout November and December. Late in the latter month, OXY stock broke out over its long-term downtrend resistance (depicted by the purple line), then erupted higher. The rally took shares from $40 to $48 in a hurry, but once the geopolitical tensions cooled, so, too, did Occidental.

That is where the higher low comes into play. Amid its late-January pullback, OXY stock found its footing near $40, avoiding a retest of its prior Q4 lows. Even today, with the stock market and oil plummeting amid worries about the coronavirus from China, OXY is trading right around $40.

However, this is where investors need to be careful. Because OXY is so close to $40, it’s hovering just above the January lows. Should it break below those lows and fail to quickly reclaim that level, the stock could certainly fall back to its  Q4 lows.

It’s possible that a bottom may be in for OXY stock. But I would feel more comfortable buying it on a retest of the Q4 lows or on a breakout over the 200-day moving average and $42.

Because many economies depend on oil prices, they need oil prices to climb. The problem is  not a lack of demand, (with the exception of temporary events, like the coronavirus,  curbing demand). It’s an abundance of oversupply that’s suppressing prices.

Nowhere is that more true than in the U.S.

Shale producers are just waiting to tap into their wells, releasing a flood of oil onto the market on any whiff of higher prices. The result has made life tough on oil companies and easy on consumers.

For 2020, the average estimate calls for EPS of just $1.03, as OXY makes the necessary changes for the current and coming oil environment. That leaves OXY stock trading near 40 times its expected earnings, which is certainly not that attractive. However, its dividend yield — which now north of 7.5% — sure is, provided its payout doesn’t get cut.

The Bottom Line on OXY Stock

OXY is a solid company undergoing some big changes in a tough environment. It’s got a big yield, reasonable revenue growth and a solid chart.

If the shares fall below $39, investors may consider stopping out of the name until there’s more clarity. If the shares climb above the January low, though, they could rise further. I’m not wildly bullish on the name, but the technicals suggest buyers are hanging around — for now.