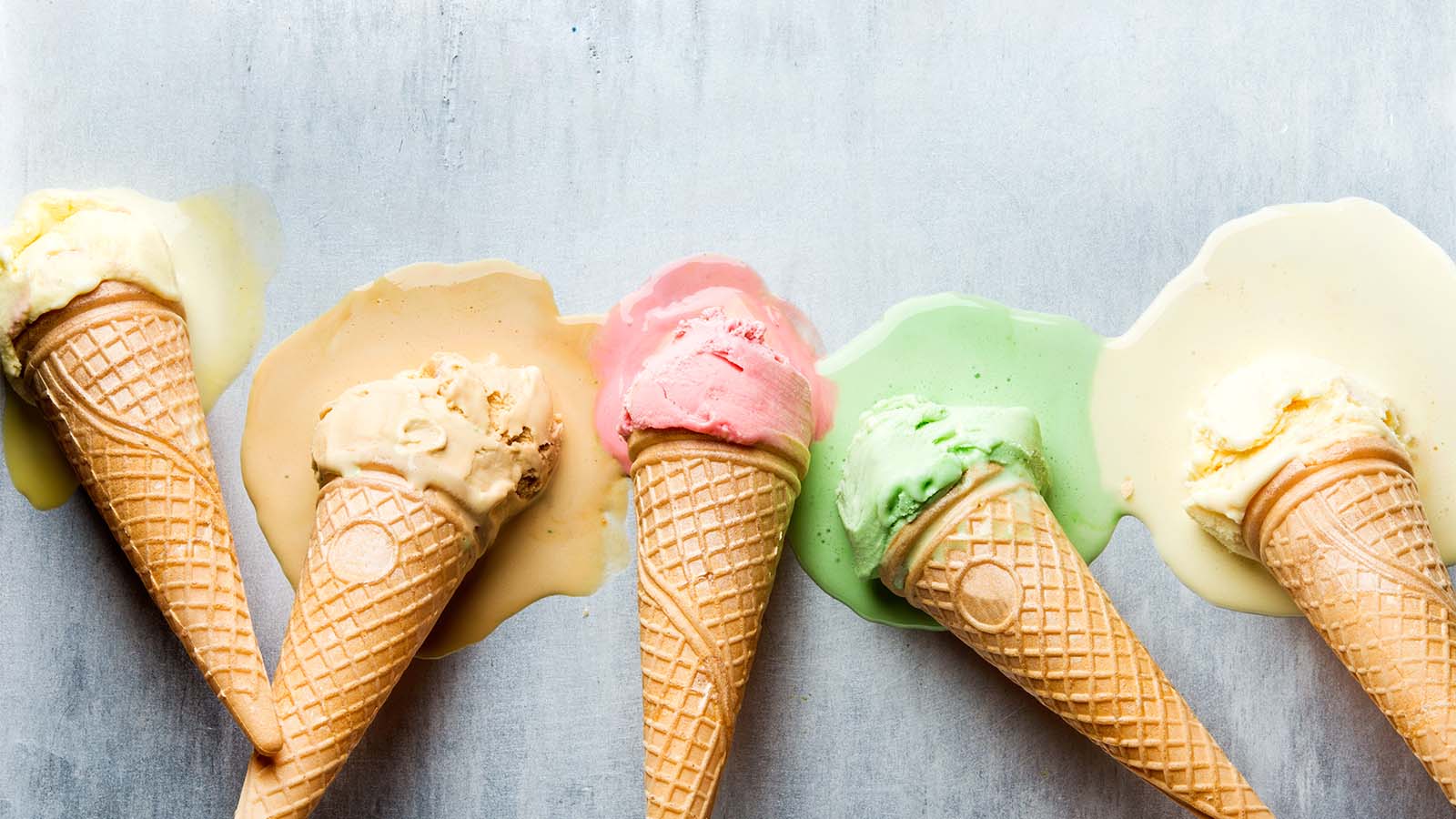 The bulls have had a rough week as the coronavirus from China goes global and threatens a major disruption of end demand, supply chains and debt market health. U.S. equities just suffered the most rapid two-day pullback of the current bull market, outpacing the 2010 Eurozone panic, the 2011 debt panic and even the 2018 volatility blowout.

And while a relief rally is underway on Wednesday, the worst likely isn’t over yet. President Donald Trump is set to deliver a confidence-boosting press conference later today, which could further ease some panic. But there is no vaccine on the horizon. And thanks to globalization, the disease is arriving in new countries seemingly every day.

As a result, a number of blue-chip stocks are in full meltdown mode, as they trade below 20-day, 50-day and 200-day moving averages. Here are the four largest — in terms of market capitalization — stocks to sell now. 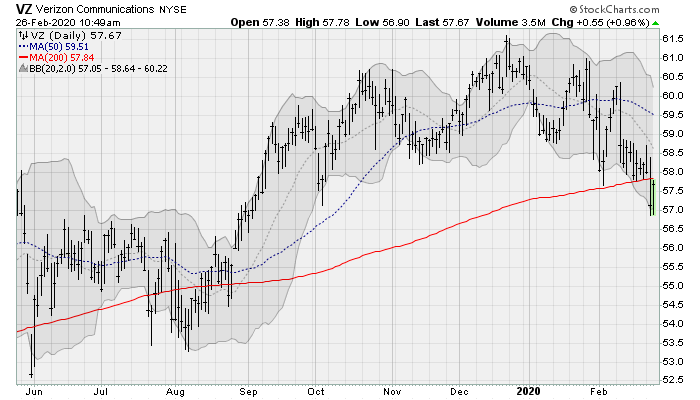 Verizon (NYSE:VZ) shares are down nearly 10% from the high set in December, heading back under their 200-day moving average. The move risks a violation of the 50-week moving average that has held the stock up going all the way back to early 2018. If VZ stock were to fall below that support, it would open the door to a test of the 200-week moving average, worth a loss of 15% from here.

The selloff comes despite the company’s position as a relatively defensive stock with a 4.2% dividend yield. Credit Suisse analyst Douglas Mitchelson recently downgraded shares to “neutral” on limited upside catalysts and valuation concerns. It’s not helping that many are still worried about the health effects of the 5G wireless rollout as well. 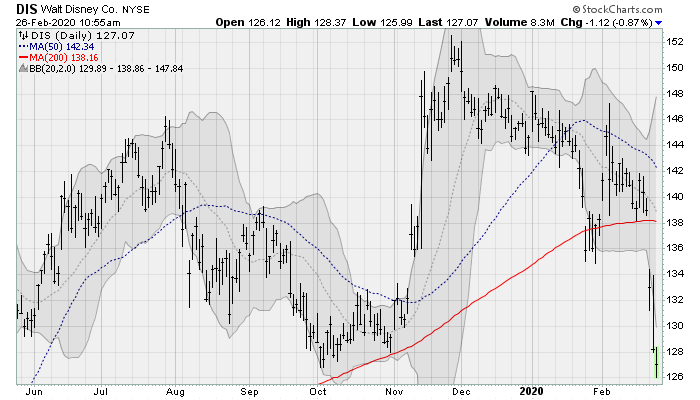 The big news with Disney (NYSE:DIS) is that its long-time CEO Bob Iger stepped down on Tuesday. Although he was planning to retire sometime in 2021, the sudden departure took investors by surprise. It’s no secret Iger has been instrumental in Disney’s current position thanks to acquisitions of Marvel and Star Wars during his tenure. Shares have fallen below the lows set in October — filling the gap toward April’s levels.

While Iger will remain involved via his position as executive chairman, Wall Street was in a tizzy for a few reasons. For one, the “effective immediately” timing was suspect, and the new CEO Bob Chapek doesn’t have a replacement yet for his old role.

Moreover, given the recent foray into streaming video with its Disney+ service, many thought Kevin Mayer, head of streaming, would get the nod. 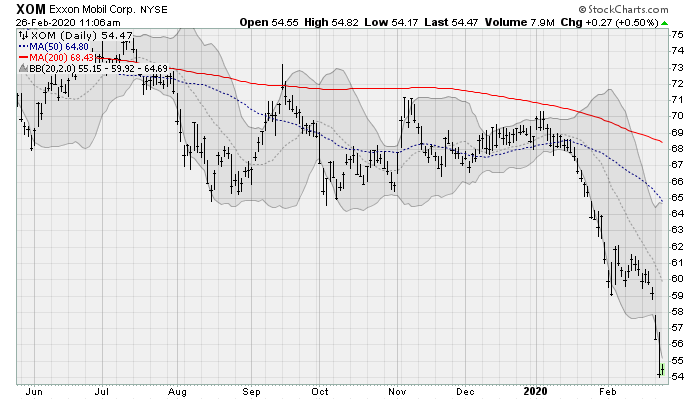 Things are going from bad to worse for major energy stocks like Exxon Mobil (NYSE:XOM) as crude oil demand craters. West Texas Intermediate is back in the $40-range after hitting a high of $65 back in early January. Exxon Mobil shares look like an oil slick. Prices are dumping out of a long multi-year trading range to return to levels not seen since 2011. Ouch.

Cowen analyst Jason Gabelman recently lowered his price target because of upstream project delays and free cash flow pressure. Analysts at DZ Bank already had downgraded shares along with those at Goldman Sachs, citing a lack of progress in improving return-on-capital metrics. 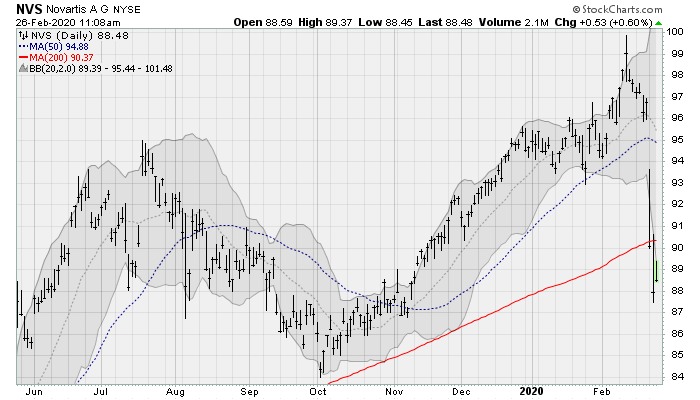 Vermont Sen. Bernie Sanders is enjoying traction in the contest to secure the Democratic presidential nomination. And the market is beginning to price in the rising odds his Medicare for All plan actually creates a single-payer healthcare system. Part of this, of course, will bring massive pressure to lower drug prices and pinch the profitability of the pharmaceutical industry.

Novartis (NYSE:NVS) shares are already feeling the heat, with shares down 12% from their recent high. Analysts at Guggenheim recently downgraded the stock, despite better-than-expected earnings results. The writing is on the wall. High prescription drug prices will meet a political end.

As of this writing, William Roth does not hold any of the aforementioned securities.