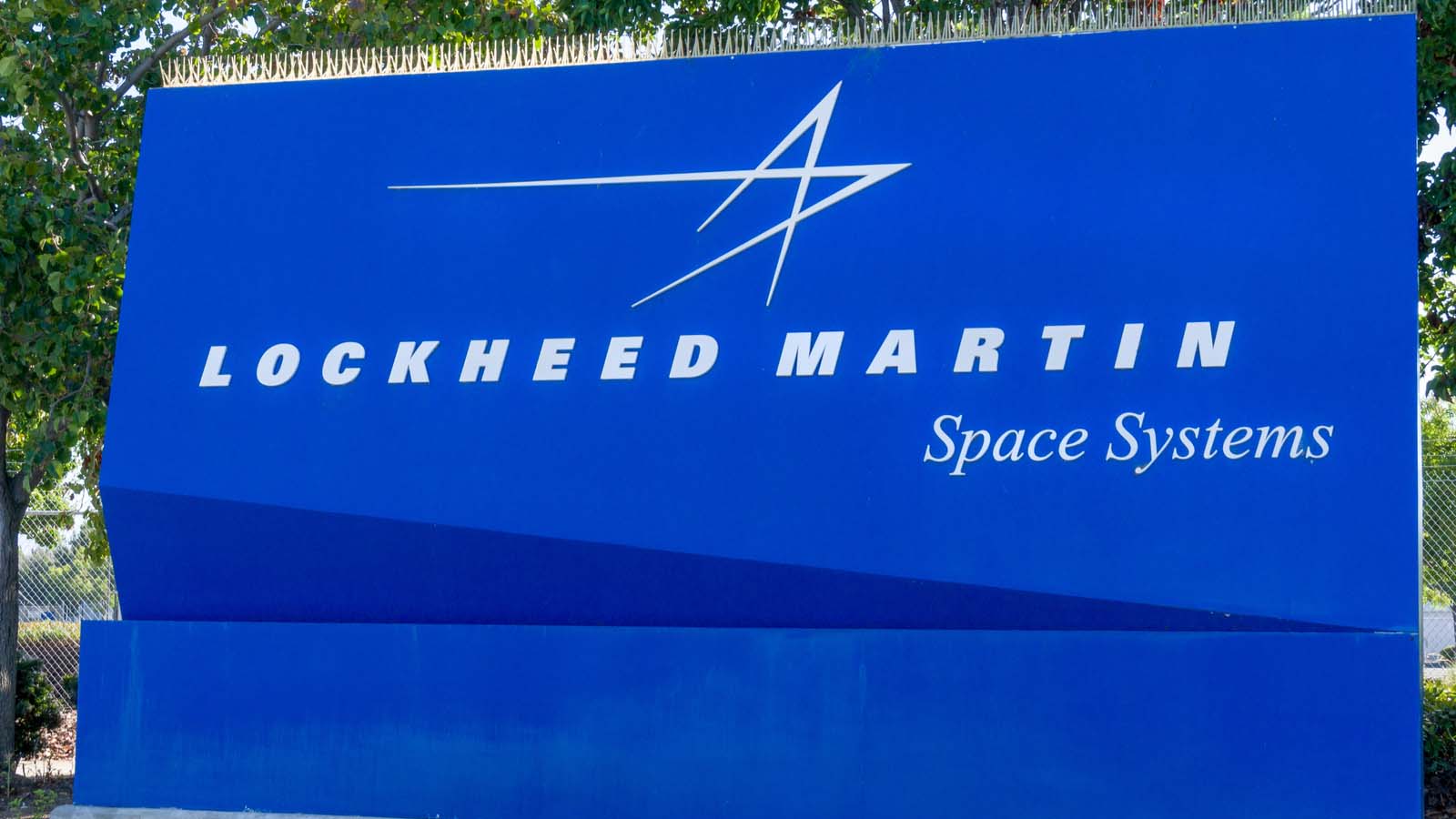 The Maryland-based company, which is best known for its fighter jets, military helicopters and advanced missile systems, is in investors’ sweet spot. LMT stock is up nearly 60% since President Donald Trump took office in 2017, as the president’s “America First” policy and emphasis on defense spending remains a huge tailwind.

The company is continuing to rake in defense contracts — and get some presidential attention this week as Trump visited India. It also manages to offer a strong dividend of 2.4%.

Will LMT stock continue to bring home big profits in 2020? All signs point to “yes.”

LMT Stock by the Numbers

Lockheed Martin stock breached the $400 barrier late last year and never looked back. Even with this week’s major selloff, LMT is trading just below $400, up about 30% in the last year.

LMT absolutely crushed expectations in its most recent earnings release. The company reported earnings of $5.29 per share, versus expected earnings of $4.99 per share. Revenues were $15.9 billion, an increase from $14.4 billion in the same quarter a year ago. 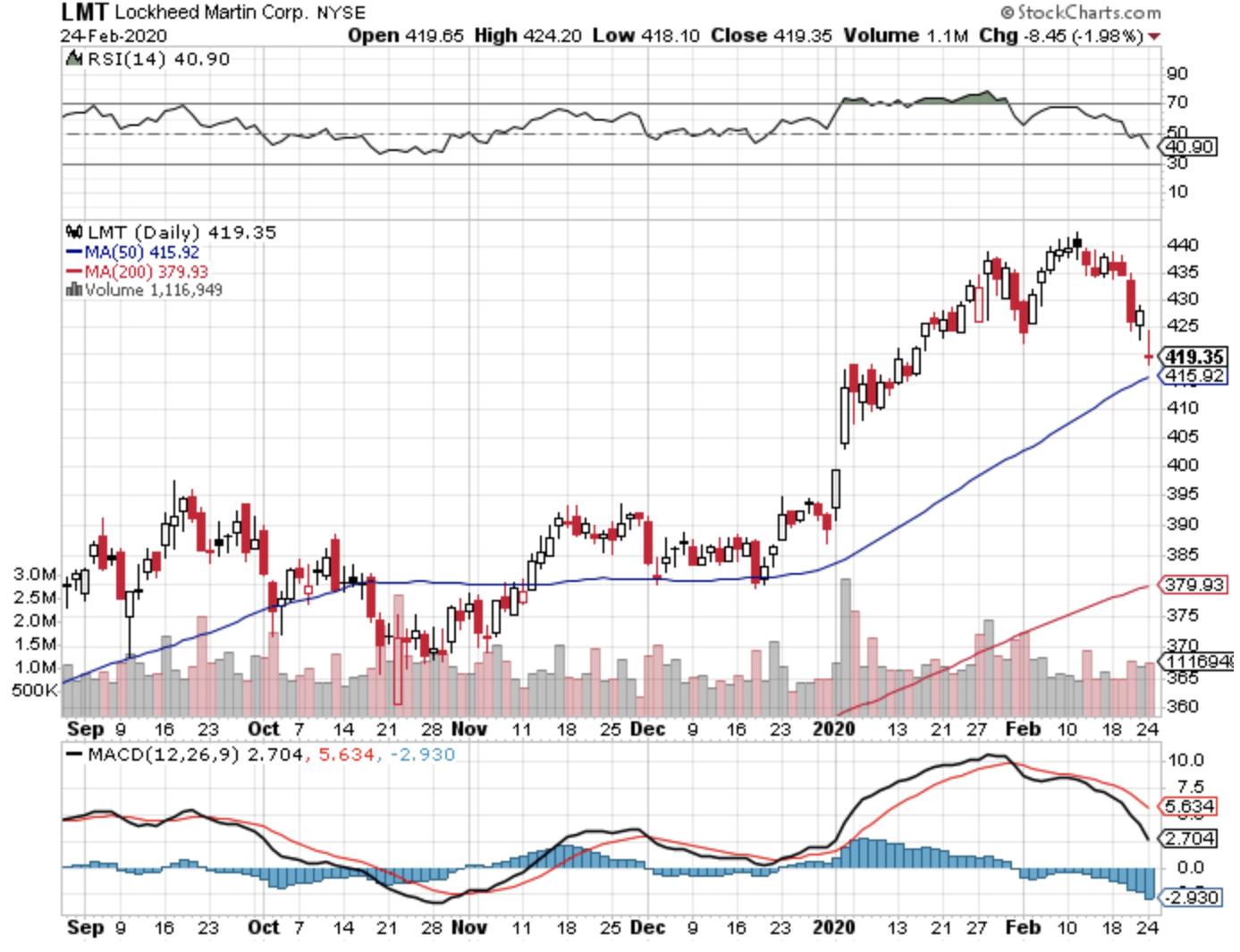 And just as important for investors, LMT is relatively cheap to hold, with a trailing price-earnings ratio of 18.2. Fundamentally, LMT stock is in a great position for 2020.

Defense stocks were among the biggest winners following Trump’s 2016 electoral college victory. Trump has pushed for the U.S. to get out of Afghanistan, Syria and Iraq. But he’s also championed a massive buildup of new missiles, rockets and long-ranged weapons as the U.S. cooled relations with Russia and China.

And LMT is at the forefront of that buildup. The U.S. Department of Defense awarded Lockheed Martin two multibillion-dollar contracts last year for hypersonic weapons. Washington, Beijing and Moscow desperately want more of these weapons — which travel at least five times faster than the speed of sound — as part of the modern-day arms race.

The company’s F-35 warplane is worth trillions to Lockheed Martin’s bottom line. It’s the go-to fighter for much of the military. It’s also the linchpin to the Pentagon’s strategy to launch coordinated, simultaneous attacks in any hypothetical conflict with Russia or China.

The F-35 would help the U.S. “overwhelm them and cause so many simultaneous dilemmas for them,” Air Force Chief of Staff Gen. David Goldfein said during a talk at the Brookings Institution.

Whether it’s Trump or a Democrat occupying the Oval Office in 2021, the threats posed by Russia and China won’t go away. The Pentagon brass will continue to work with its favored contractors to counter the threat.

For the foreseeable future, that means Lockheed Martin.

Not every aerospace company can offer a reliable dividend. Maybe they should take lessons from Lockheed Martin, because a solid dividend is another great perk that sets LMT stock apart from its peers.

Lockheed Martin offers a dividend of 2.4% — that’s more than respectable considering that the S&P 500’s dividend yield is less than 2%. The average yield in the aerospace and defense sector is less than 1%.

LMT’s dividend now pays out $9.60 per year and has gone up for 17 consecutive years. Its payout ratio is at 40%, meaning the company has paid out 40% of its trailing 12-month EPS as a dividend.

LMT is an A-rated stock in my Portfolio Grader.