Things have not been going well for Canadian cannabis stocks like Aurora Cannabis (NYSE:ACB). Aurora lost 32% of its value over the last month. And so far, March isn’t looking much better; Aurora stock today hit a new 52-week low of $1.16 per share. 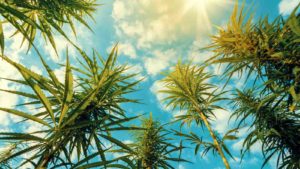 Some of the stock’s plunge  s due to the weakness of the cannabis industry as a whole. But there are several other factors that have been dragging Aurora down recently.

Last month, the company’s CEO, Michael Singer, announced he would be stepping down from his position. And Aurora plans to implement a variety of cost-cutting measures, including over 500 job cuts. Plus, ongoing concerns about the coronavirus from China aren’t helping matters much.

When it comes to Aurora stock, investors are likely bracing themselves for more bad news. So how much worse can things get? Here are four things to know:

1. The Coronavirus May Cause Problems for Aurora

One of the most immediate concerns for Aurora Cannabis is dealing with the impact of the coronavirus. Concerns about the coronavirus are causing problems for many companies, especially those with Chinese manufacturers.

Aurora depends on Chinese manufacturers for many of its products, including vape pens. A slowdown or a halt of Chinese supply chains could significantly impact the company’s bottom line.

The company’s dismal balance sheet is what worries most Aurora Cannabis investors. The company has made over a dozen acquisitions since 2016, and grossly overpaid for most of them. And Aurora’s free cash flow continues to be worrisome.

However, the company said its core Canadian assets wouldn’t be affected by any write-downs. Meanwhile,  Aurora does have a plan to restructure its debt ,and the company plans to lay off more than 500 employees in the coming months.

In 2020, it’s expected that a number of new cannabis retail stores will be opening across Canada. This change is long overdue as the Canadian market is seriously lacking in retail cannabis stores.

However, even if the store rollout goes according to plan, Aurora will likely only see a 25% increase in its profits. And the Canadian cannabis market is still much slower and less efficient than many people would like.

4. Support for Aurora Stock Seems to Be Dwindling

And finally, even people who were once optimistic about the potential for Aurora stock seem to be losing faith. The company is considered a hold on Wall Street, and most analysts have “hold” or “sell” ratings on the stock.

There’s no doubt that the cannabis industry is going to be profitable in the long-run. It’s just unclear how long Aurora Cannabis will be along for the ride.

Jamie Johnson is a personal finance freelance writer and has been writing for InvestorPlace since mid-2019. She writes for a number of other well-known financial sites, including Credit Karma, Quicken Loans and Bankrate. As of this writing, Jamie Johnson did not hold a position in any of the aforementioned securities.