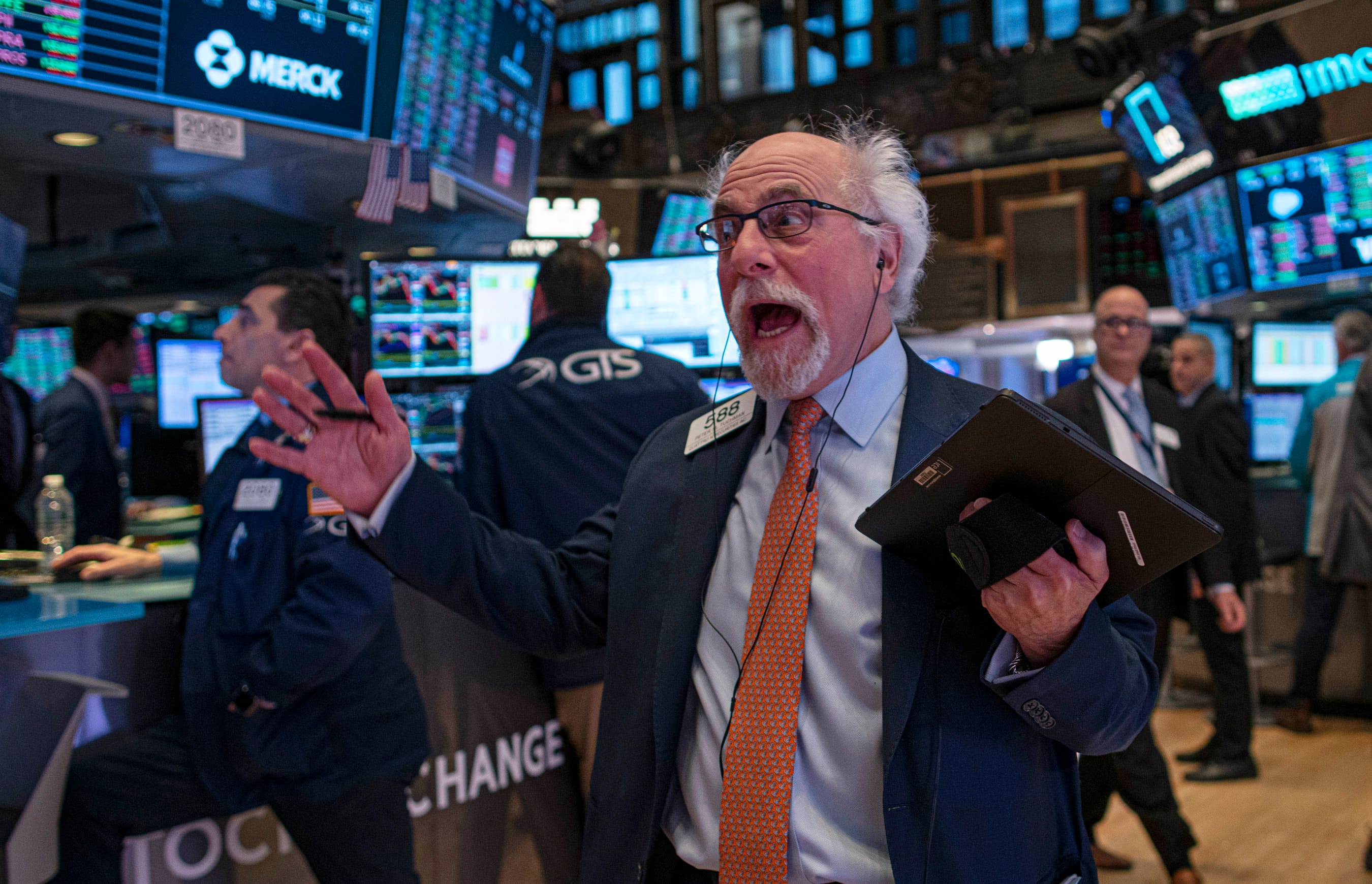 A trader reacts as he works on the floor of the New York Stock Exchange (NYSE) on January 10, 2020 in New York City.

Contracts on the S&P 500 dropped 5%, reaching a “limit down” band made by the CME futures exchange to prevent further losses. No prices can trade below that threshold, only at higher prices than that down 5% limit.

Dow Jones Industrial Average futures plunged more than 1,000 points, also triggering the limit down level. The halt occurs during non-U.S. trading hours — that is before the 9:30 a.m. ET open of regular trading.

The brutal sell-off in the futures market came even after the Federal Reserve cut interest rates to near zero in an aggressive bid to save the U.S. economy from the coronavirus fallout.

The limit down rule has been tripped multiple times in the past few weeks as investors exited the market with the coronavirus outbreak disrupting global supply chains and fueling fears of a recession. The stock market has tumbled into a bear market, or down more than 20% from their recent highs.

If the sell-off accelerates on Monday during the regular trading hours, the so-called circuit breakers could kick in once again.

What is a circuit breaker?

According to the New York Stock Exchange, a market trading halt may occur at “three circuit breaker thresholds” on the S&P 500 due to large declines and volatility. The exchange classifies this at three levels based on the preceding session’s close in the S&P 500.

The rules, which apply to regular trading hours only, are as follows:

The Level 2 and 3 circuit breakers have never been triggered in their current form during regular trading hours. The prior circuit breaker system was revamped after it failed to prevent the May 2010 flash crash. The current set of breakers were put into effect in February 2013.

Subscribe to CNBC PRO for exclusive insights and analysis, and live business day programming from around the world.