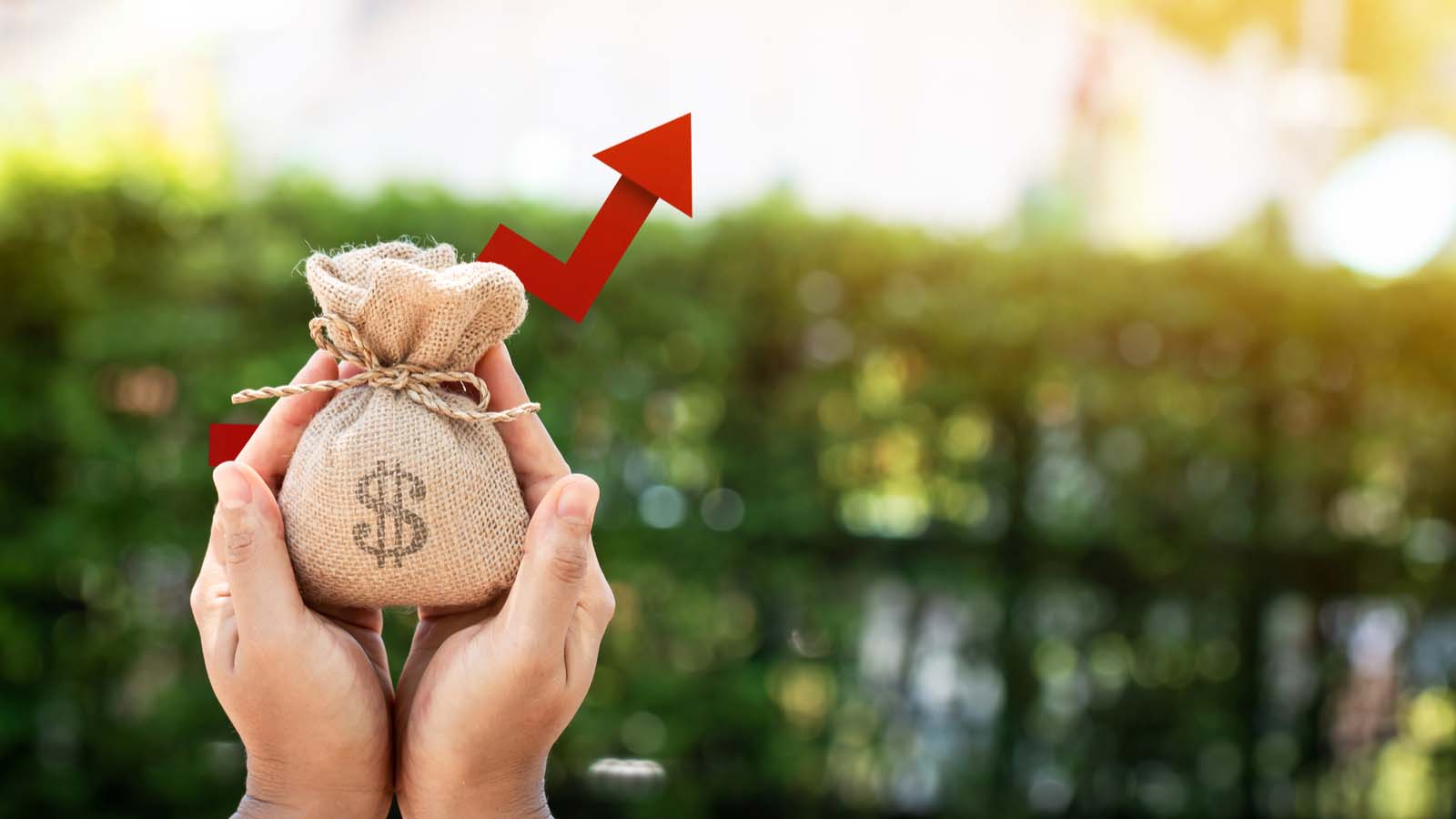 Limit down. It seems that those two words have been uttered more this past week than in the past decade. And this is always the challenge with a high-flying market that has soared for so long.

It’s easy to forget that the laws of physics don’t apply.

But as we’re seeing, for every action there is a reaction. And sometimes those actions play out over a long period of time.

Share buybacks. Expanding price-earnings ratios. Central bank policy built around the market rather than the economy. But hey, everyone was making money.

Now we’ve bumped up against something no one can control and the correction has arrived.

But it’s not the end of the world. It’s just a good time to look for income. And, truth be told, on my Growth Investor buy list we always maintain a stable of stocks that offer both growth AND dividends. It really helps smooth out a portfolio’s returns in all kinds of markets.

The seven dividend stocks for stable income below will help you get through these troubled times and will also deliver when the markets have a new pair of rose-colored glasses. Even if they’re not a buy right now, they’re worth keeping an eye on once the markets right.

AT&T (NYSE: T) needs no introduction. Essentially, it was the only national telephone company in the United States and the world’s biggest phone company until it was broken up in 1984.

But that hardly slowed T stock down.

Since then, it has become a major national force again through its mobile network. And the irony is, most of the Baby Bells that T spun off back then have become part of T again. And its chief competitor, Verizon (NYSE:VZ) is a AT&T spinoff that built its empire with the other Baby Bells.

Now, AT&T is one of the leaders in consumer 5G in the U.S. This is a very competitive race, and T has been working quietly to get ready for launching its tech on a broad scale.

Its 6.6% dividend is also very attractive here because it’s safe and more than triple the rate of inflation.

Stag Industrial (NYSE:STAG) may not be a household name like AT&T, but it is well placed for the next wave of the digital revolution.

Now that we’re well into the era of e-commerce, the biggest challenge has become logistics. But instead of looking for the best logistics company, why not find the company that leases all those companies the warehouses close to the last mile of distribution?

This business has two advantages. First, it’s a U.S.-based business that operates on the strength — and resilience — of the U.S. economy. Second, it’s in one of the hottest sectors for the next decade.

The stock has been hit with the recent selloff, but it currently delivers a 6.9% dividend and e-commerce may only rise given the issues the coronavirus from China has brought. Plus, in the long term, a key technological advancement will propel strong internet companies even higher. 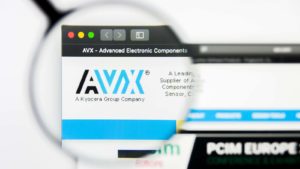 AVX (NYSE:AVX) has been around since 1972, yet there’s a good chance you have never heard of it.

It’s also up almost 20% for the year and almost 6% in the past month. There aren’t a lot of stocks that can say that at this point. Granted, there may be stocks up 20% in the past year, but they were likely up 30% a month ago and have dropped. AVX has continued to chug along the whole time.

The stock is currently delivering a 2.1% dividend, which is still higher than inflation and it also comes along with solid growth that continues even in this market.

What’s more, the stock is trading at a current price-earnings ratio of 18, which means it’s not going to sell off to a more reasonable valuation. It’s well priced and growing.

BlackRock (NYSE:BLK) is the world’s largest asset manager with around $7.5 trillion under management.

Of course, you don’t get to this size of assets under management by opening accounts for individual investors around the globe. BLK is a major institutional player that has built its institutional side by acquiring a big piece of Merrill Lynch Investment Management and Barclay’s Global Investors.

BLK was the largest investment management firm in the world by 2009. You see, with the Barclay’s acquisition, it also bought iShares, one of the biggest exchange-traded fund companies in the world.

BLK is a powerful consumer and institutional investment company and many of its ETFs are in the retirement portfolios of scores of investors, especially with the domination of index funds.

The point is, if you believe in the markets, then BLK is a great choice. The stock delivers a solid 3.5% dividend. Even in this chaotic market, BLK is a B-rated “buy” in the Portfolio Grader tool I use to choose my Growth Investor recommendations.

Johnson & Johnson (NYSE:JNJ) has been around since 1886. If you’re looking for a stable company that can deliver growth and income, there are few more consistent companies than this one.

As a matter of fact it is not just a dividend aristocrat — a stock that raises it dividend for more than 25 years in a row — it’s a dividend king. This year will be the 57th year in a row JNJ stock has raised its dividend.

That’s quite a track record.

It has a consumer side with huge brand equity as well as a pharmaceutical side. The latter has produced some significant drugs in recent years and it maintains a solid pipeline.

Even after all the carnage of late, the stock is off less than 5% in the past 12 months.

Its 2.8% dividend is well above inflation and is about as solid as a dividend can be.

Alternative investments are investments in asset classes other than stocks, bonds and cash — like real estate, commodities and precious metals.

Generally speaking BX sets up a private equity fund and institutional investors invest in the fund. For example BX has a REIT fund that is a compilation of specialized REITs and properties that it has compiled (or owns). This fund has a specific investment limit for outside investors. Once that funding target is reached, that fund is closed to new investors.

It also develops products and strategies for hedge funds and other institutional clients.

The stock is still up 30% in the past 12 months, although it’s down about 25% year-to-date. But it’s currently trading at a P/E of 17 and delivering a generous 5.2% dividend. And I’ve got more where that came from. 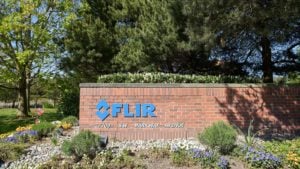 Flir Systems (NASDAQ:FLIR) is a firm that focuses (pardon the pun) on creating industry-leading imaging technologies that detect people, objects and substances that wouldn’t be visible to the human eye.

The acronym stems from “forward looking infrared radar” which is where FLIR began its journey. During the Iraq and Afghanistan conflicts, as drones became an integral part of the operational theater, FLIR technology was used on drone cameras to look for people, explosives and materials.

It then adapted those technologies for use in numerous non-combat ways. For example, FLIR cameras on commercial or pleasure boats allows captains to see through fog or darkness. These systems on buildings are ideal for secluded areas where most cameras don’t see well.

They’re also becoming increasingly useful for first responders. For example, firefighters can look inside a burning building to see if there are any people and target them quickly instead of searching room to room. Or in large forest fires, seeing where there may be hot spots that are undetectable to human sight.

What’s more, its products are built for the battlefield, so they are tough, reliable and state of the art.

The stock has been hit hard in recent weeks but it’s close to its bottom. And defense and security sectors are always good for boosting a sagging economy. Its 2.1% dividend will help you wait out its recovery.

Looking farther ahead, a key engine of our economy is going to be the extraordinary developments taking place in the world of wireless internet infrastructure.

The 5G Buildout Is an Incredible Opportunity for Investors Right Now

Within two years, most cell phones will be 5G enabled and be able to wirelessly handle television streaming. With 5G, we’ll have cable modem speeds on any device; no need to plug in. That’s a big deal for rural areas … the very same areas that are also key to President Donald Trump’s reelection. So, by pushing 5G over the goal line, Trump will deliver a big win for his base — and strike a blow against Chinese rivals like Huawei Technologies.

But, in the big picture, 5G is about much more than trade wars and faster downloads. Because 5G is 100 times faster than 4G, it’ll allow your internet devices to work in real time. That advancement is a game changer for tech companies.

With the 5G infrastructure market set to grow at an annual rate of 67% over the next 10 years, the entire market will go from $780 million to nearly $48 billion. This buildout is where I see opportunity with 5G stocks now.

Cable companies can do their best to fight back with fiber optics … but they can’t compete with the convenience of a smartphone, once it’s got ultra-fast 5G. That’s how my 5G infrastructure play will capture more market share from the broadband cable companies.

The stock I’m targeting is a favorite on Wall Street, and it has strong fundamentals, too — making it an A-rated “Strong Buy” in my Portfolio Grader system.

Click here to watch my new, free briefing on this extraordinary technology and the opportunity with 5G stocks.

When you do, you’ll see how to claim a free copy of my new stock report, The Netflix of 5G, which has full details on this company — and what makes it such a great investment.