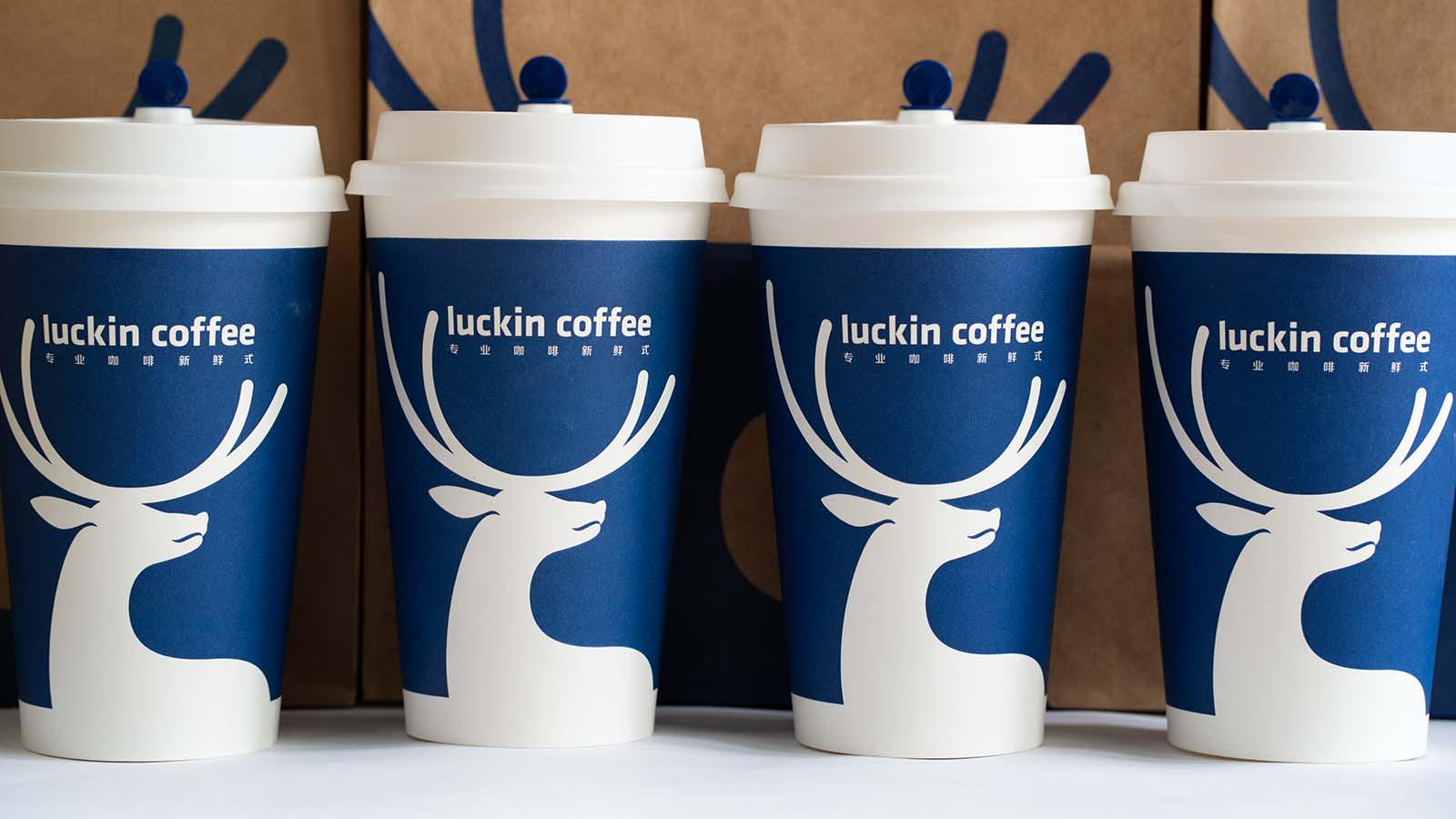 Luckin Coffee (NASDAQ:LK) stock has caught a bounce. Shares were up 11% in midday trading Wednesday March 25, and now have rallied 29% just from their close on Monday March 23.

That trading does make some sense. China appears to be returning to normal after the coronavirus spread in January. LK stock had declined over 50% from January highs. Those highs were reached after a blowout third quarter report that seemed to confirm the wisdom of the coffee chain’s hypergrowth strategy.

But above $30, LK stock looks a bit questionable — particularly in this market. Valuation is stretched. Near-term and long-term risks remain. For Luckin Coffee stock to hold these gains, the broad market will have to do the same. I’m not yet convinced that will happen. And if it does, I see many better opportunities to play the rally.

It’s abundantly clear that the recent broad market sell-off is being driven by much more than the coronavirus pandemic. Even a nationwide shutdown that wiped out a year’s worth of earnings should, in theory, only impact the fair value most stocks by a few percentage points.

Worries about a recession obviously are a factor. But another issue is that, in retrospect, U.S. stocks simply ran too far. Valuations were stretched across the market, with price-to-earnings multiples for the S&P 500 at a 17-year high. For growth names like LK stock, multiples were even crazier.

And so I don’t believe an investor can or should look at past peaks as the ‘true’ price for the stock, and assume that once this crisis passes, those highs will return.

Using that perpsective, an investor would argue that LK stock still is cheap, at a price some 40% below January highs. But I thought it was notably overvalued at those peaks. And even at $30, multiples remain high.

LK Stock Is Not Cheap

Most notably, LK stock trades at about 10x its 2019 revenue. (That figure is based on reported results for the first nine months, plus the midpoint of guidance given for the fourth quarter.)

On its face, that’s a big multiple in a market that has sold off most growth stocks that held double-digit price-to-revenue multiples. (Zoom Video Communications (NASDAQ:ZM) admittedly is an exception.) But it’s even higher considering Luckin’s margins.

This is not a software company that turns 70 or 80 cents of revenue into gross profit. Gross margins for the first nine months of 2019 in fact came in at 50%. Store operating costs may come down as the company executes its “smart unmanned retail strategy,” but overall operating margins still may not be all that high.

As I noted in January, Starbucks (NASDAQ:SBUX) has had operating margins around 18% — but the price of its coffee in China is more than double that of Luckin. Luckin may stay a low-margin business even as it matures.

Whatever the exact numbers, there are valuation risks here. Simply looking at past prices to determine whether Luckin stock is cheap is not sound investing. The fact is that the current price, while lower than it was in January, still incorporates dramatic growth and enormous success.

And for those investors looking to anchor their expectations on past pricing, it’s worth remembering that LK stock still has gained over 60% from November levels. Q3 earnings were good, but I’m skeptical they were that good.

Where Is The Earnings Report?

Readers might wonder why in the preceding paragraph, I mentioned guidance for the fourth quarter of 2019. After all, the end of March is quickly arriving.

The reason is that Luckin, oddly, still hasn’t reported fourth quarter results. Nor has it announced a date to do so.

Companies based in China often take a bit longer to release their earnings. JD.com (NASDAQ:JD) and Pinduoduo (NASDAQ:PDD), for instance, both reported Q4 this month.

But even by the standard, Luckin is notably late with its release. And it’s fair to wonder why — or, at least, to wonder if investors will start wondering why.

This is a company that recently faced fraud allegations from research firm Muddy Waters in late January. Luckin vehemently denied the allegations, and to be honest I’m inclined to take the company’s side.

That said, the possibility for a delay in the report can’t be seen as good news in the short-term. And it’s not the only near-term risk.

The risk is another market pullback. For those of us who lived through the 2000 bust and the 2008-09 financial crisis, this week’s trading does not feel like a true bottom, but a false one.

And if that’s the case, LK stock is going to reverse. This is a high-multiple, unprofitable growth company. It is a classically high-risk stock.

To be sure, it’s a high-reward name as well — if all plays out well. That’s still a big ‘if’. And in the meantime, this is a name that can fall further if ‘risk-off’ trading returns.

For investors betting this is the bottom, meanwhile, there are easier cases to make elsewhere in the market. There’s no shortage of quality names that have been halved, or close. There are U.S.-based companies that can achieve higher margins with similar growth.

There are opportunities out there for investors willing to take on the risk of trying to time the bottom. I don’t believe LK stock is one of the best opportunities — yet it certainly seems to have at least the same amount of risk.