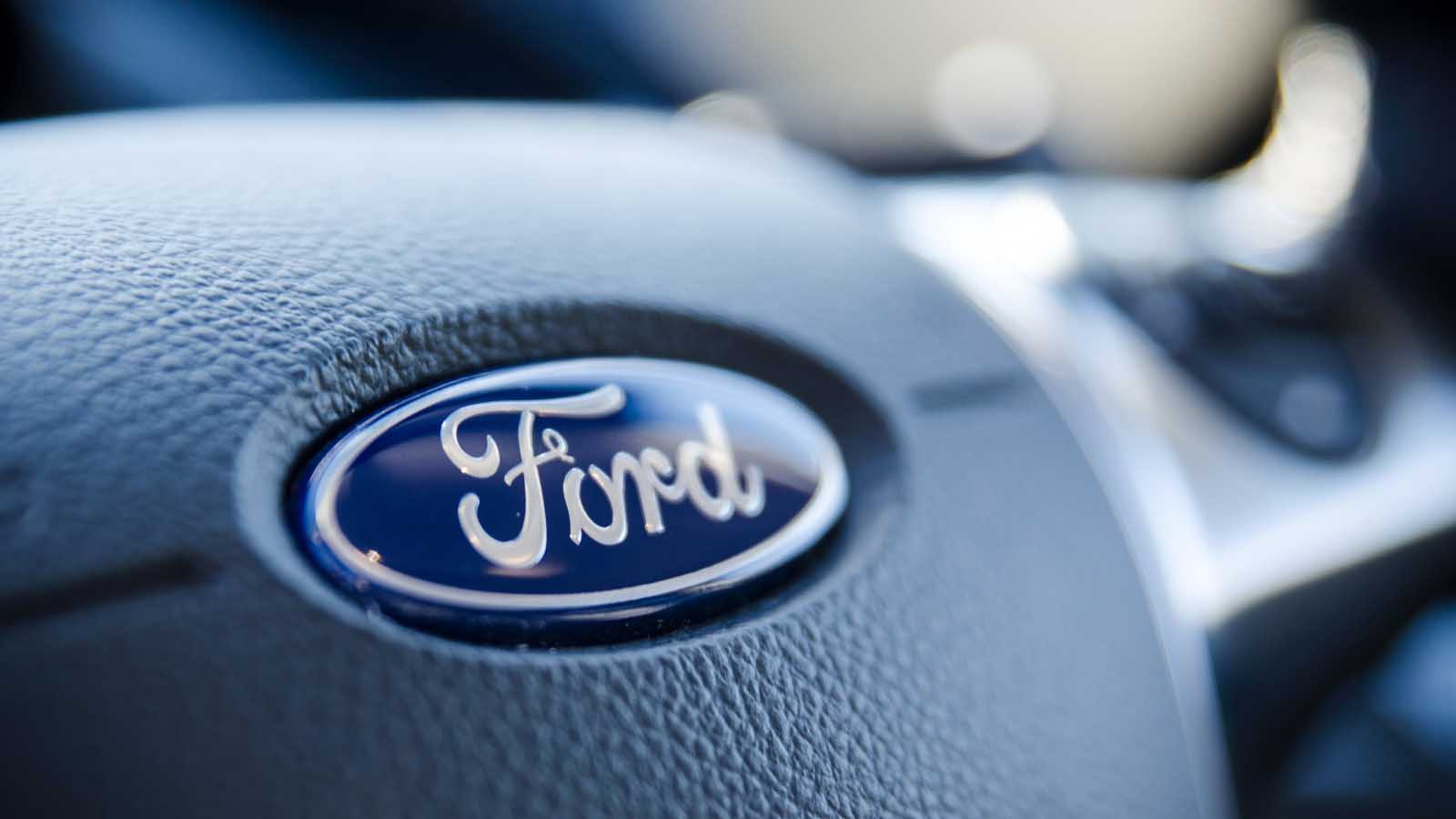 The company’s cautious approach on electric vehicles put it far behind its competitors. Its CEO since 2017, former University of Michigan athletic director Jim Hackett, has since seen the share price fall to $5.

Now with shares at a 10-year low, Hackett shuffled some chairs in the C-suite just to see the coronavirus pandemic overwhelm Wall Street and the global economy.

Ford shuttered plants around the country, tapped out its credit lines, saw its credit rating fall to junk status, and is burning through billions of dollars.

Ford stock has a D rating in my Portfolio Grader, and to be honest, the only surprise after looking at this stock is why the grade isn’t an F.

Hold your nose, because we’re about to take a closer look at this catastrophe of a stock.

Ford Stock at a Glance

Ford stock is trading right around $5 per share. That’s actually up about a dollar from where it sat last week, before Congress passed a $2 trillion stimulus bill.

Year-to-date, F stock is down 47%, and that’s just part of the longer-term trend. In the last five years, Ford is down 69%, which by far underperforms competitors General Motors (NYSE:GM), Toyota (NASDAQ: TM), Fiat Chrysler (NYSE:FCAU) and Tesla (NASDAQ:TSLA).

And all that was before the coronavirus pandemic flared in the U.S. Ford was later forced to withdraw its guidance.

Any company with debt issues and a manufacturing shutdown is going to be in serious trouble indeed, and that’s where Ford finds itself today.

First, let’s look at the debt. Ford recently announced it is borrowing $15.4 billion, which is the remaining amount on two existing lines of credit. The company is also suspending its dividend, which will save it about $2.4 billion.

Then last week, Standard & Poors Financial Services announced it was downgrading Ford’s credit rating to junk status, taking it from BBB- to BB+. And to make it even worse for F stock, S&P said there’s a 50% chance the credit rating could be downgraded even more after evaluating Ford’s cash burn in the next three months.

Ford is already highly leveraged – it also carries $140 billion in Ford credit, and the nation’s skyrocketing unemployment rate all but guarantees that the company will either have to work with its borrowers or see defaults begin to pile up.

Remember that both GM and Fiat Chrysler when bankrupt in the 2008-09 financial crisis. It’s not difficult to envision the same thing happening to Ford before this coronavirus pandemic ends.

“Everyone at Ford Motor Co. knows the situation we’re in,” incoming COO Jim Farley told an investors conference in New York in February. “I can see it on the face of my colleagues and it takes me back to about 10 years ago.”

For an automotive company, making vehicles is pretty darned important. But Ford shuttered its plants in the U.S. and Europe as social distancing became the watchword of 2020.

Both GM and Fiat Chrysler when bankrupt in the 2008-09 financial crisis. It’s not difficult to envision the same thing happening to Ford before this coronavirus pandemic ends.

Hackett has told employees that he doesn’t plan to make job cuts, but says cost cuts are certainly on the table. Currently, Ford is estimated to be burning through as much as $1 billion per week.

While Ford has said it hopes to have some plants operational again in April – and those aspirations seem remote, considering much of the nation will be shut down – Ford is also working with 3M (NYSE:MMM) and General Electric (NYSE:GE) to make ventilators and respirators for first responders and health care workers.

At some point, the company will get back to making vehicles. But it’s unknown at this time how quickly it can resume production and what appetite the public will have for new vehicles, particularly if the U.S. falls into a recession this year.

Ford’s CEO Is Under Fire

Jim Hackett took over Ford in 2017 as the company’s profits and stock price fell. But he’s been unable to turn the tide.

And it’s questionable if he’s the right person for the job.

Hackett is best known for his time at the University of Michigan, where he played football under coach Bo Schembechler, and later was athletic director and responsible for hiring current coach Jim Harbaugh.

Things like that matter a lot when you’re in Michigan, and Ford is a quintessential Michigan family-run company.

Although he ran a furniture company, Steelcase, before taking over Ford, he hasn’t been able to parlay his football success to the board room at Ford.

John McElroy, a longtime automotive analyst and host of “Autoline After Hours,” told the Detroit Free Press that pressure is building on Hackett to perform, even after he bought some time by removing COO Joe Hinrichs in favor of Farley.

“Hackett is very lucky,” McElroy said. “The Ford board seems to have the patience of Job.”

They’re definitely more patient that customers who want electric vehicles, and many have already fled to other manufactures who are beating Ford in the race in EV technology.

Ford has finally started taking orders for its Mustang Mach-E mid-sized SUV, which may have deliveries next spring. And there are reports that Ford plans to launch an electric version of the F-150 pickup truck next year.

These vehicles may be too little, too late for Ford to get a foothold in the electric vehicle space.

The Bottom Line on Ford Stock

Ford has far too many problems today and not enough solutions. The company is highly leveraged, its credit rating dropped, and the company isn’t making vehicles.

It is possible that Ford could find its way out of this mess at some point this year. Hackett could even surprise Wall Street and pull it off.

But the odds against Ford are too steep for investors today.