Most big stock charts from the S&P 500 looked great on Thursday — nice and green. There are always exceptions, however. A rising tide doesn’t necessarily lift all boats, it seems.

On the other hand, one trader’s trash is another trader’s treasure. The willingness to buy at low prices is what made Warren Buffett rich. Maybe it can work for you, as well.

Thus, the three big stock charts for Friday will focus on the ones that printed an ugly red candle but also might present a buying opportunity. Are any of them in the all-important “buy zone?” Take a look and see! 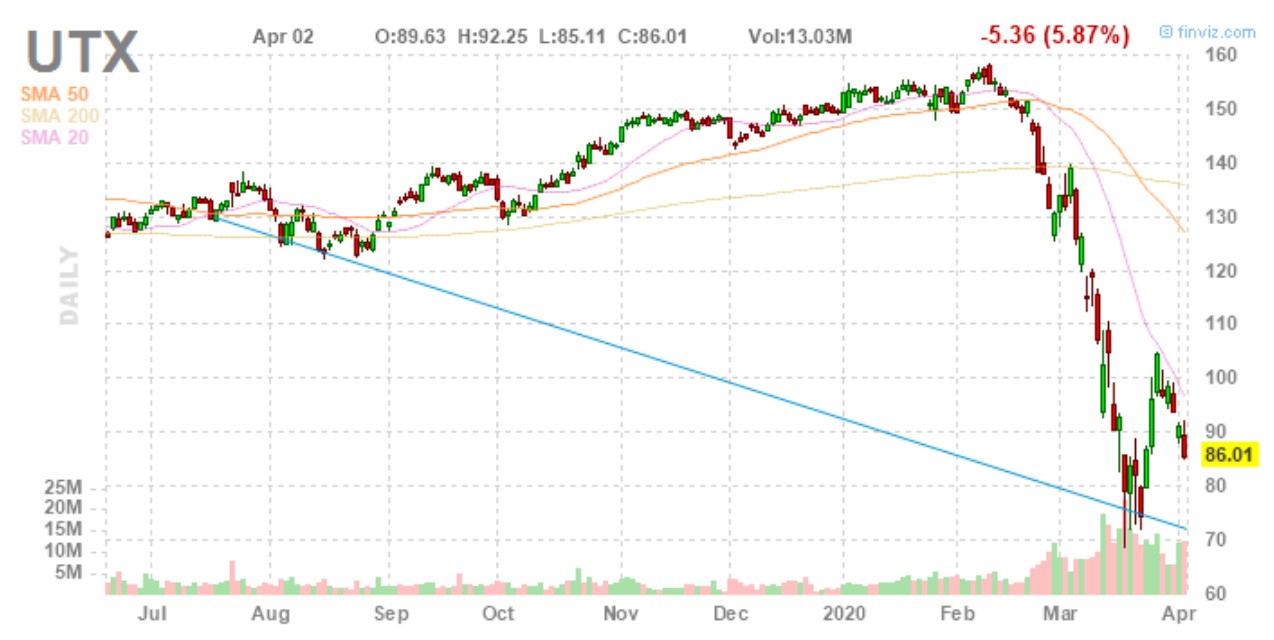 Owning United Technologies (NYSE:UTX) stock is often considered safe as it’s a component of the Dow Jones Industrial Average. Like any other stock, however, it has good days and bad days. And Thursday was a bad day. What does it mean for the first of our big stock charts, though?

You can bet on a healthcare sector recovery with a long position in Cigna (NYSE:CI) stock. Thursday’s red candlestick wasn’t too encouraging, though. So, what’s the prognosis based on this big stock chart?

Equifax (NYSE:EFX) stock dove hard in March, perhaps even harder than most large-caps did. Can Equifax, the third of today’s big stock charts, repair its credit with the trading community?